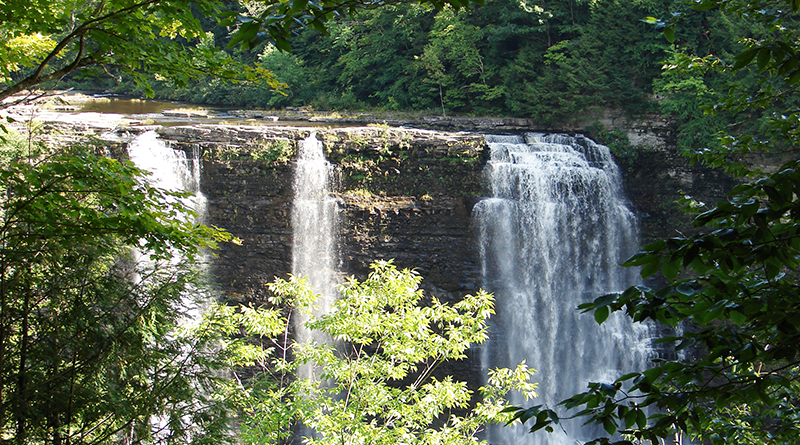 Oswego County has lakes, rivers, a canal, and waterfalls plus history, arts, festivals, and more providing plenty of fun and learning for everyone year round.

1. Wars: History happened here including battles during the French and Indian wars, Revolutionary War, and the War of 1812. In the city of Oswego, visit Fort Ontario built on the ruins of three earlier fortifications dating to the French and Indian wars, Revolutionary War, and War of 1812. At Mexico Point Park take a short walk to Spy Island, the site of Silas Towne’s grave. Towne warned Fort Stanwix that the British were coming. Brewerton’s Block House was not only a fort but also a trading post and home of Oliver Stevens.

2. Historical: Besides the historic significance of the forts there are a myriad of other historical sites to visit. Learn about the area’s 400 years of maritime history at the Oswego’s H. Lee White Maritime Museum. The Starr Clark Tin Shop and Underground Railroad Museum in Mexico details the area’s role in the Underground Railroad and more. While at the Richardson-Bates House in Oswego see how the well-to-do lived 100 years ago.

3. Fishing: The area is a fisherman’s dream, be it fly fishing for brook trout on one of the many rivers or trolling on Lake Ontario for trout, salmon, and walleyes. See if you can beat the record for the largest chinook salmon that weighed in at 48 pounds. Visit Salmon River Fish Hatchery where three million salmonids are produced annually. There are charter companies just waiting to take fishing parties out on the lake.

4. The Arts: Be it art, music or theater Oswego County has it all. The Art Association of Oswego has changing exhibits and offers art classes, as does the Salmon River Fine Arts Center in Pulaski. Plus there are several galleries including one at Tyler Hall, Riverside Artisans in Oswego, and Art of the Wilderness in Cleveland. Take in a live performance by Oswego Opera Theater or Oswego Players or by one of the local theater groups. Dinner theater is live and well in the county. Music lovers will enjoy unique performances at Oswego Music Hall and Osceola’s Fiddler’s Hall of Fame. During the summer there are many band concerts in a variety of locations including weekly concerts during the summer at Breitbeck Park located on Lake Ontario in Oswego.

5. Lighthouses: At one time the waterways of New York were the main means of transportation with lighthouses as important navigational aids. The Oswego Harbor West Pierhead Lighthouse has become the iconic image of Oswego. Built in 1934, it stands at the end of a 2,000-foot-long break wall at the mouth of the Oswego River. There are now tours of the lighthouse during the summer. The Selkirk Lighthouse near Pulaski also is a fully-equipped rental for those who wish to stay in a lighthouse. The Brewerton Lighthouse in Hastings protected the area where the waters of Oneida Lake enter the Oswego River.

6. Winter Fun: Oswego County is noted for its snow especially the Tug Hill area so enjoy it. There are 360 miles of groomed snowmobiling trails with cozy accommodations and restaurants along the way. For snowmobilers with a cell phone there is a free trail app of the Tug Hill region. For a more serene getaway there are over 150 miles of cross country skiing and snowshoeing trails through the pristine woods — or blaze your own in public parks and forests.

7. Farming: Get in touch with your agricultural side. There are many u-pick farms including Behling’s Orchard where they have an old-time cider press and family fun activities from zombie paint ball to Revolutionary War encampments. At Christmas time cut your own tree at one of several farms. Chengerian Tree Land also has a gift shop of handmade decorations. Most of the villages have a weekly farm market vending fresh produce and other local products.

8. Out of doors: There are several golf courses including Battle Island State Park. Go swimming at Mexico Point State Park or Sandy Island Beach State Park. Hike the more than 200 miles of trails including the one to majestic Salmon River Falls or to the unique sand formations at Chimney Bluffs State Park. Explore nature at Rice Creek Field Station in Oswego or at Camp Zerbe near Williamstown. Adirondack Kennels near Sandy Creek will take you on a dog sledding tour. With proper permission, visitors can go ice climbing in the Salmon River Falls area.

9. Unique: Safe Haven in Oswego is the only place in the United States that accepted refugees during WW II. Over 50 years ago a carriage house at Mexico Point Park was transformed into Casey’s Cottage, an 11th century manor house. Also in Mexico, at the high school, is “La Guerre d’Independence” a massive French woodblock mural of the Revolutionary War. It is the only complete set; some panels are in the White House and in NYC’s Fraunces Tavern.

10. Festivals: Oswego’s Harborfest has been named by the American Bus Association as one of the top 100 events in the United States. The four-day admission-free event is held the last full weekend in July and features 100s of performing artists, a midway, craft vendors and ends with a Grucci fireworks display in the harbor. Kayakers and canoes can join the annual Rock the Locks Paddlefest for a four-mile trip down the Oswego River. In January check out the Salmon River Winter Festival with live music, snow sculpture contest, free snowmobile rides and much more. For more than 160 years the Oswego County Fair in Sandy Creek has provided family entertainment, rides, animals, and much more.