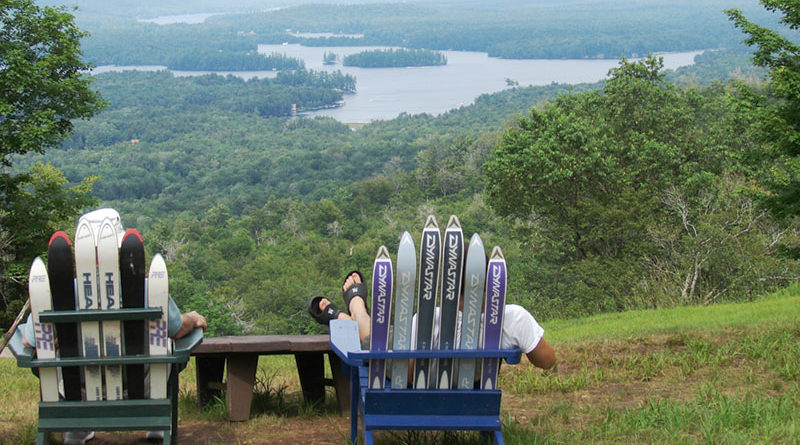 Herkimer County: A diversity of things to see and do

From the Mohawk River to the Adirondack Mountains, Herkimer County has Revolutionary War sites, history, art and several unique sites, including diamond mining for Herkimer Diamonds.

The county named for Revolutionary War hero General Nicholas Herkimer offers fun, learning and relaxation for the entire family all months of the year including snowmobiling, hiking, and swimming.

1. General Herkimer Home: Visit the Georgian-style mansion that was home to General Nicholas Herkimer, the Revolutionary War hero who helped rout the invading British and Loyalist allies at the Battle of Oriskany. Repelling the British invasion along the Mohawk River area led to the unsuccessful completion of the British plan to conquer New York state and win the war. The State Historic Site is along the Erie Canal with a visitor center, 18th century garden and Herkimer’s final resting place. It is also home to the county’s historical society.

2. Erie Canal: The Erie Canal made New York state the Empire State and was responsible for settling the Midwest. Part of the 363-mile canal traverses Herkimer County. Mules no longer pull the canal boats but on one of the various canal boat cruises offered in Herkimer visitors will learn about the canal, its construction and how it influenced the history of the area, as you travel through the lock that was based on the design of Michelangelo.

3. Diamonds: Go diamond hunting for the unique Herkimer Diamonds. They are rare double-terminated quartz crystals found in the area that resemble real diamonds. The local Native American group, the Mohawks, were called “The People of the Crystals.” There are several places to go “hunting” and most will supply you with your own hammer and a bag for your treasures, along with a video on the diamonds and how to best find them. Many of the larger Herkimer Diamonds are on display. Meghan Markle, Duchess of Sussex, has been known to wear a necklace of Herkimer Diamonds. There are campgrounds adjacent to the mines.

4. Old Forge: The village is a destination unto itself with some people arriving at the historic train station in nearby Thendara. Old Forge is a year-round destination. McCauley Mountain is famed for skiing but the ski lift to the summit runs year-round offering panoramic views of the beautiful mountains and lakes. Moose River is noted for white water rafting. Shop at the unique Old Forge Hardware Store and other quaint shops. The mail boat has been delivering mail during the summer on the lake for 100 years and also takes passengers.

5. For art lovers: The Mohawk Valley Center for the Arts in Little Falls is a nonprofit organization supporting all art forms located. The 401 Art Gallery has several shows a year including juried art shows. They offer a variety of performances including musical presentations, student performances and readings. The center offers a variety of workshops and classes in watercolor, oil, and representational painting.

7. For the fun of it: Enchanted Forest Water Safari with more than 50 rides and attractions is New York state’s largest water theme park. The Old Forge park includes 32 heated water rides offering family fun for all ages plus there are storybook characters, a circus, and private cabanas. Let the fun continue at Calypso’s Cove right next to Enchanted Forest where there are go-Karts, rock climbing, miniature golf, and a zip line. There is a campground and a hotel very close by.

8. Out-of-doors: Herkimer County has a variety of day-use and camping parks. West Canada Creek offers campsite hookups, tenting, and cabins. There is hiking, fishing, and tubing on the West Canada Creek. Hinckley Reservoir offers day use for swimming, picnicking and a variety of sports along with hiking and biking trails. The county is part of the Erie Canalways for biking and hiking.

9. Good old days: Check out the only “kissing bridge” in Herkimer County. The Salisbury Center covered bridge is where, in days of yore, young lovers would steal a kiss. It was built in 1875 to span Spruce Creek. Today the Yale-Cade Octagon House is a private home but it is worth a drive by. The adjoining site was the factory of Linus Yale, the inventor of the cylinder lock and founders of the Yale Lock company.

10. Unique: The Fort Herkimer church, built by Palatine settlers in 1753 of native limestone was used as a defensive structure and refuge during the American Revolution. There was a swivel gun in the tower and a wooden palisade around the building. In June 1775, the people erected a liberty pole, which may have been one of the first in the state or even the country. A Liberty Pole showed the commitment of the people to the Revolutionary cause. Near Jordanville visit the Holy Trinity Monastery, a male stavropegial monastery of the Russian Orthodox Church. Founded in 1930 the monastery is not cloistered so it is open to the public and welcomes pilgrims and visitors to tour the grounds, visit the museum, and attend services. They also have a seminary to train priests.

Photo: McCauley Mountain in Old Forge is famed for skiing but the ski lift to the summit runs year-round offering panoramic views of the beautiful mountains and lakes.