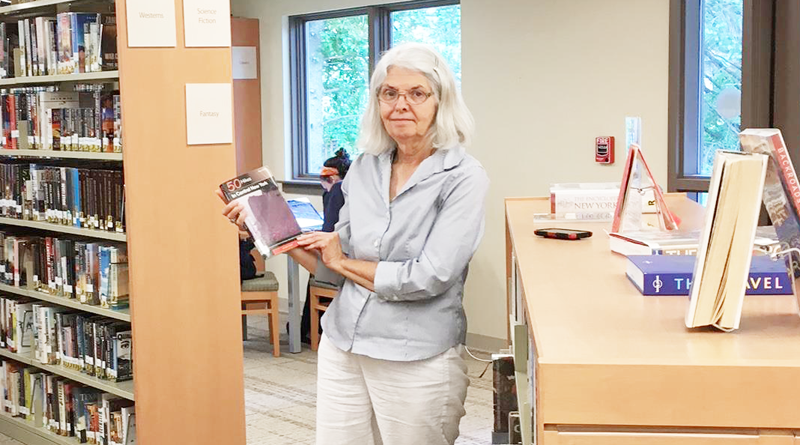 Taxes — one of the two things that Ben Franklin said in 1789 was certain.

In March of this year, topretirements.com said taxes are a leading factor in making New York state the third worst place to retire.

According to the website, the criteria it looked at to determine whether a state was attractive for retirement primarily had to do with taxes and cost of living.

It contended the list did not consider more subjective factors that might be far more important to each retiree.

For several retirees we talked to, other factors indeed were more important in keeping them in Central New York.

Family, volunteer commitments, the many resources in the state and even the weather — yes, the weather — are some of the reasons they had for staying around here after retirement.

Anne Andrianos, 69, a retired nurse, views the tax issue in a different light.

She sees the good taxes provide, appreciates the state’s natural resources and even enjoys the Central New York weather.

“There’s no better place than Central New York April through October. No hurricanes, no tornadoes. In some ways, even though the winters can be difficult, there is a certain beauty and lushness and richness in CNY,” she said.

She would also like to see tax money help to improve airline transportation in and out of the area.

She and her husband Dan have four children, none of whom live in-state.

“I agree that taxes are high in New York state, but I’d like to put a little spin on it,” she said. “One of the things that citizens of New York state get, through paying those taxes, is an exemplary library system. I’ve been in other states, other communities outside of New York state. It’s a wonderful gift to each and every community.”

Andrianos is also president of the Friends of Onondaga Free Library.

She also appreciates the bountiful harvests, the wonderful wood and the state’s small cities.

“There are wonderful treasures in those smaller cities, and it’s fun to go there on a day trip. And I learn the history of New York state,” she said.

However, because her four children all live outside of New York state, it requires a lot of travel to see each other.

“The airport has improved, but the flights especially to the west are very difficult,” she said. “I would hope that maybe with some of these taxes we pay, maybe some attention could be paid to expanding and making travel in and out Syracuse better.”

“Floods, fires, tornadoes, hurricanes — up here, we don’t get any of that” 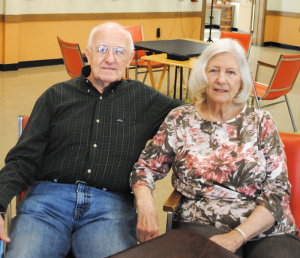 The weather, too, keeps Jim Flanagan of Camillus here in the area. The 83-year-old was raised in Buffalo, but has lived in Camillus for 57 years.

He retired from Niagara Mohawk after 27 years.

“Watch the news every night,” he said. “There’s either floods, fires, tornadoes, hurricanes — up here, we don’t get any of that, no earthquakes, no nothing. My kids are in Florida and some are in Georgia. They get the winds; they get the heat. I would not move.

“It’s not just the weather, but the people, the community, the churches.”

Flanagan has also found a great community of friends at the Town of Camillus Senior Center.

After his wife passed away several years ago, someone had encouraged him to come to the center. At first he declined, but eventually came around.

“I came down and got interested. I love to play cards. And I met Joan [Smith] playing cards, and now we’re an item,” he said. 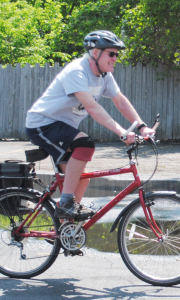 I really don’t know how you leave your life here behind,” said Bob Dougherty, who is in his 60s. He retired from the Onondaga County Probation Department in 2010.

Grandchildren and his many volunteer jobs are key in keeping Dougherty in Syracuse.

“You couldn’t get my wife out of here kicking and screaming. With the grandkids, she’s not going anywhere,” Dougherty said, with a chuckle. He and his wife, Candy, have six grandkids.

He is also involved in the community and has even served as a Syracuse Common councilor.

“There’s more to it than just friends and family. To me, once you get involved with stuff here, I’m not sure how you get uninvolved. I really think there’s a lot of volunteer opportunities for people,” he noted.

Dougherty, an avid cyclist, has been involved in the Pedals to Possibilities for seven years; Syracuse’s Cycle in the City weekly summertime bike ride; and more recently A Tiny Home for Good initiative, and he will play a key role in the Adopt-A-Block litter program through City Hall.

“Once you make those connections — I wouldn’t do it if it wasn’t fun — there’s more opportunities for volunteer work than people really know. Whereas I know in the places where everyone retires to, you almost have to fight people for volunteer positions because everybody’s looking for something to do,” he said. 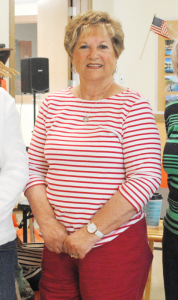 Family is the main reason that Connie Smithers and her husband, Floyd “Skip,” stay in Syracuse.

“I have five children living here and nine grandchildren,” she said. In her 70s, Smithers retired from CIS Corp. about 20 years ago.

While the couple had spent time in Florida in years past, she said they are also staying here permanently because of her husband’s health.

And for the lifelong Central New Yorker, the weather here doesn’t faze her.

“I don’t know if I would move permanently anywhere else because even though the winters are kind of brutal, I see that the weather in other states is more devastating. At least you can shovel your way out,” she said.