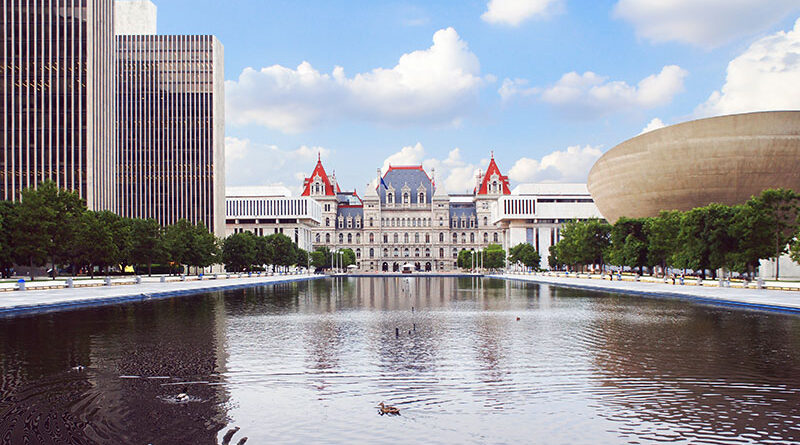 In 1609 Henry Hudson sailed his ship, the Half Moon, up the river that bears his name and claimed the area for the Dutch. He was impressed with the magnificent river and surrounding area.

In 1621 the Dutch set up a trading post and the area grew and prospered. In 1797 it became the capital of New York.

At that time the population of Albany and New York City were about the same.

Albany is not only the capital of New York state it is also the name of the surrounding county. There are many things to do in both the county and city. The area is easily accessed by train, car and boat. It is the gateway to the Adirondack Mountains and the New York State Canal System.

1. New York State Visitor Center: A good place to start exploring the city and county is at the NYS Visitor Center. Staff will help prepare the perfect visit by answering questions and suggesting things to see and do in the city, county and the capital district. Displays highlight the history of the area.

2. Museums: New York State Museum is the place to learn about the Empire State from the time of the dinosaurs to the present. Permanent exhibits feature the Native people of New York, an archeological perspective of Albany, and heart-wrenching aspects of the 9/11 attack on the World Trade Center in New York City. Everyone will find something of interest. Other museums include one dedicated to Irish-American Heritage and another to Italian Americans plus a children’s’ museum. The USS Slater, a canon-class destroyer escort, is now a museum ship on the Hudson River. It is the only one of its kind afloat in the United States.

3. Empire State Plaza: The 98-acre plaza has three reflecting pools where many events are held especially in the summer. There is an outdoor farmers market and movies under the stars. Beneath the plaza there are restaurants, shops and a world-class abstract art collection. The 42nd floor of the Corning Tower Observation affords visitors with a panoramic view of the area. The plaza interconnects 11 buildings including the Capitol and State Museum.

4. The Capitol: When the Capitol building opened in 1899 it was considered one of the most beautiful buildings in America. It took 32 years to build at a cost that exceeded all other buildings of that time. Of special interest is the Million Dollar Staircase adorned with many faces including John Jay, Columbus, and even the face of the devil allegedly carved by a disgruntled stone carver. Stone carvers were given free reign over their designs. When Teddy Roosevelt was governor he would to run up and down the steps each day. Many legends and hauntings are part of the attraction.

5. Historic Homes: Albany County has many historic homes and districts but the most visited is the Schuyler Mansion State Historic Site, which has gained more prominence with the popularity of the Broadway show, “Hamilton.” Philip J. Schuyler, a Revolutionary War general, U.S. Senator and business entrepreneur, was the father of Alexander Hamilton’s wife Elisabeth. There is a downloadable brochure for self-guided tours of the historic places plus guided tours are offered at various times. Tours include the Van Schaick Mansion in Cohoes and the 1797 Ten Broeck Mansion that is now home to the Albany Historical Society. In Rensselaer the Crailo State Historic Site is a fortified brick manor house reputed to be where the song “Yankee Doodle” was penned.

7. The Arts: The Egg, you can’t miss it, at the Empire State Plaza, is the major preforming arts venue. Additionally, the elegant Palace Theater hosts a variety of life performances as does the award-winning professional Capital Repertory Theatre. The Albany Institute of History & Art is one of the oldest museums in the United States and home to the 3,000-year-old mummy called Ankhefenmut. The downtown area is sprinkled with vibrant murals.

8. Shakers: In Watervliet learn about the Shakers, a utopian community that practiced equality in all parts of everyday life. Ann Lee founded the United Society of Believers in Christ’s Second Appearing (Shakers) in 1770 and began the first Shaker settlement in America. The Watervliet Shaker Historic District encompasses nine Shaker buildings, an herb garden, the Ann Lee nature preserve, an apple orchard, and fields. Lee is buried in the Shaker cemetery. The society hosts several craft fairs each year.

9. Nature: Albany is renowned for its annual Tulip Festival, which brings to mind the area’s Dutch heritage. One of only 20 inland pine barrens can be explored at the Albany Pine Bush Preserve. The Indian Ladder Trail at the John Boyd Thacher State Park in Voorheesville is home to one the world’s richest fossil-bearing formations.

10. Tasty: The Capital Craft Beverage Trail promotes craft and farm-based beverage producers in the Capital Region of New York State. This one-of-a-kind “drinking tour” promotes some of the region’s most popular craft beverage facilities. Every producer sources ingredients locally, and beverages are created in small batches to maximize quality. There are food tours of Albany and Troy. Most towns in the county host seasonal farmers markets.