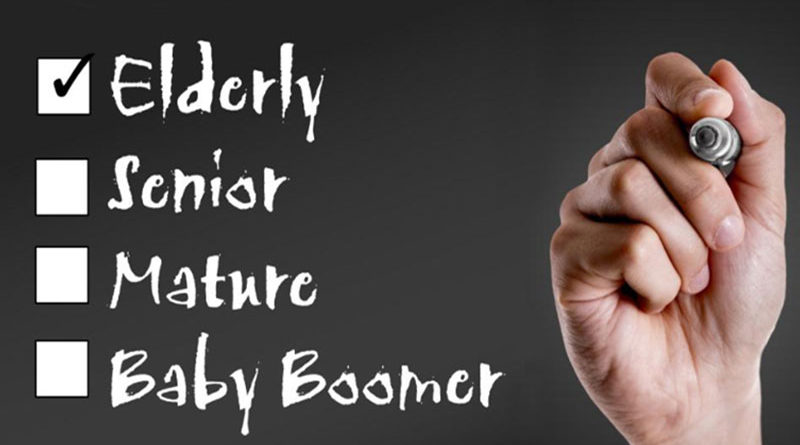 Does the term “senior” bother you? At times, businesses and individuals need to use a descriptor for the age range of, well, those who are not so young anymore.

What term is chosen depends upon many factors, especially context.

For Cynthia Scott, chartered financial consultant and founder and president of OMC Financial Services, Ltd. in DeWitt, sticking with “pre-retiree” and “post-retiree” works, although she has some clients retiring at 55 and some still working at 75.

“At age 50, AARP sends you materials that say ‘senior’ and you’re not,” Scott said.

Using retirement status as a descriptor is factual, pertinent to her industry and generally inoffensive.

That’s a similar tactic taken by Sonnet Loftus, a partner and a certified financial planner with Michael Roberts Associates in East Syracuse with Commonwealth Financial Network as the broker dealer.

“Age is just a number,” Loftus said. “I work with ‘pre-retirees’ and ‘retirees.’ I am not concerned with segmenting the groups any further. Labels are not productive.”

For some industries, segmenting by age may be more important at times, such as healthcare.

Joelle Margrey, vice president of skilled nursing at Loretto in Syracuse, said that in general, everyone is referred to as “patient” regardless of age. But when age is pertinent, “We’ve gone back and forth with ‘elders’ and people don’t always like that,” she said.

Loretto cares for patients who are in their 20s to more than 100 years of age. Some may be more “clinically complex” but age isn’t always a factor in that.

“For a population within the post-acute setting, they could be referred to as ‘older adult’ although there’s a much younger population that we care for,” Margrey said. “We try to use ‘elder’ as it’s more gentle than ‘resident’ or ‘senior.’ But people in their 60s don’t want to be recognized as an ‘elder.’”

“Elder” may sound like the wise head of the clan or, to some, like someone who’s frail — not a term enjoyed by those who are definitely not frail at this point.

Loretto also sticks with terms that aren’t related to age but focus on care level, which is both accurate and industry appropriate, such as long-term care, acute, sub-acute.

Julie Sheedy, chief marketing and engagement officer at Loretto, said the question of the right term is a tough one.

“We’ve stopped using many terms like ‘elder’ or ‘senior’ as even our oldest adults don’t like those terms,” Sheedy said. “They prefer simply ‘adults’ and for us, our age range has typically been 80-plus, which originally drove use of ‘elders’ or ‘seniors’ in our marketing. However, our range has changed dramatically, so we use ‘adults.’ The 55-year-old audience for us are the children, coming to us to care for their parents. I would never refer to them as seniors.”

Though some physical conditions are age-related, anyone of any age may need extra help. That’s why Adam Ruszkowski, physical therapist at Summit Physical Therapy in Syracuse, tries to avoid age titles.

“When people deal with individuals moving through the lifespan, they tend to say you can’t exercise as much, lift as much or be as vigorous,” Ruszkowski said. “Artificially putting limits on them through titles can cause them to think they can’t. People understand they’re getting older and it’s no secret, but using it to define their abilities is doing them a disservice.”

That’s why he sticks with milestones such as “retiree” if he needs to qualify by life stage for some reason, since retirement can mean a change of activity level for some people, either going more active or less active, and certainly a change in routine that can affect the body.

“There are age-related health concerns, but taking a person who’s sitting in front of you and making sure you’re talking in a way that doesn’t limit their abilities’ impact is important,” he added.

He’s also careful about avoiding phrases like “old” and “people your age” and using “as we age, these are normal things.”

“We tend to label things that we think are painful with an age bracket,” Ruszkowski said. “It causes people to be more cautious and less active.”

Al Oliveras works as a digital services and technology librarian at Onondaga Free Library in Syracuse. He regularly teaches computer classes and calls it “adult programming.”

“I get an age range that attends the programs, so I don’t really try to say who should come,” Oliveras said.

He said that generally, people who fall into the Generation X through baby boomers tend to take these classes. But when he has to describe the latter, he tends to use “older adults” as it is direct and factual.

As with any age, assuming a universal truth about any age group disrespects members of the group, Oliveras said.