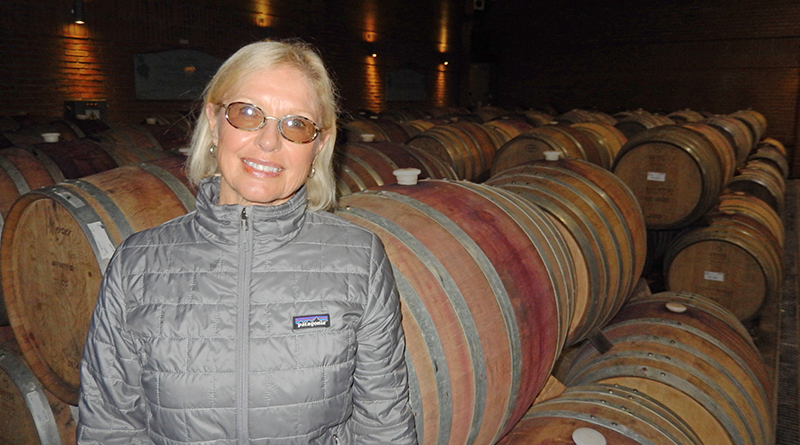 Q. How long have you been instructing at Toggenburg Mountain?

A. “I taught there for 23 years back in the ‘80s and ‘90s, and then I left and went to Labrador, and now I’ve been back at Tog for one year. I teach all levels of skiing. I’ve never been involved with racing. I got started when I went to college. I went to St. Lawrence University and in freshmen year some people came through the dorm asking if anybody knew how to ski. I said ‘I do.’ They said ‘Do you want to teach?’ I started teaching at the phys ed classes at the snow bowl at St. Lawrence. I’ve been teaching skiing forever. I’m a level three instructor of the PSIA [Professional Ski Instructors of America].”

A. “I love being outdoors. I love the sunshine. I love the snow. I love the movement — the rhythmic qualities of skiing. I mean it’s almost like dancing on the snow. I never was one to go extremely fast. I wanted to be a pretty skier. It’s like dancing. A lot of times I’ll have my classes sing a song as they’re going down the hill so they’ll feel something that has a 1-2-3 waltz rhythm, and then they just try to get their ski turns to move with the song. It really helps people. I love the rhythmic quality of it.”

Q. How have you evolved as an instructor?

A. “Well, starting out I did kids. I did middle-aged people. I taught older people. You can’t do the same with each one. The more experienced I got the better I felt. Now with this senior program that I’ve been doing for many years, being a senior myself…I just feel that I know what they’re feeling. I know what they’re going through. I know what their fears are. I know what their health issues are. I can relate personally instead of a situation where you’ve got some 20-year-old trying to teach a 70-year-old — it doesn’t work too well.”

Q. How is the sport of skiing doing?

A. “The past 15 years, the number of people taking ski instruction has dwindled. I think back 10, 15 years and the areas were much more crowded. More people were taking lessons. It would be a major discussion to figure out why it’s dwindled, but I think it is dwindling. I’m sad to see that. Hopefully something will come along to turn it around.”

Q. What would you say to somebody who is 55 or older and wants to try skiing?

A. “I would say as long as they’re healthy, and mobile, and everything, there’s no reason why they couldn’t try. I always remember when I was teaching at Song Mountain years ago, I had a fellow come for lessons, and he had just retired. I taught him and he eventually ended up being on the ski patrol. He took it up quickly. I think he had been an athlete. It just shows if it’s something you want to do, and you’ve got good instruction, anybody can do it. Now the equipment is much easier to use. It’s more people-friendly. The skis have a shape to them which makes it much easier for someone to turn. Skiis are a little shorter.

“What I find with the senior program we have is that they used to ski, and then life got in the way. They’ve retired, and now they want to get back into it. When they used to ski the technique and the equipment was totally different. It’s beneficial to them, if they’re in that situation, [to] take some lessons.

Q. Do you travel to ski a lot?

A. “Now more than I used to because I’m not teaching as much. I can get away and do other things. Usually all the years that I’ve been in teaching I’m involved until the snow goes, and a lot of times at that point I really don’t want to ski anymore. I’m a little bit more free now to go take trips.”

Q. Are you looking forward to the new season?

A.  “I really enjoy seeing people get it. So many times you talk about different things in different ways trying to get something that clicks with them. When the light bulb goes off I’m as excited as they are. I get a lot of joy out of teaching.”

Q. Is there anything else?

A.  “I just encourage people to get out and do something. If they think they might like skiing, the program we have at Toggenburg is called Mastertrax. I strongly recommend it if they want to see what it is all about.”