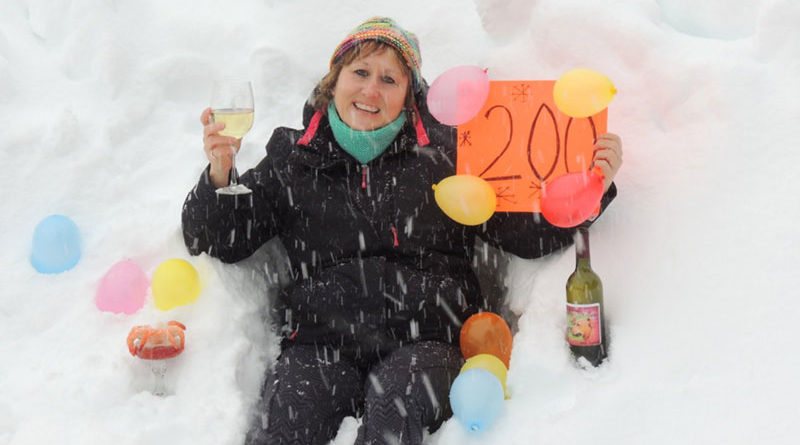 Q: Many Central New Yorkers who watch NewsChannel 9 will recognize your name as the weather watcher for the Redfield area. What does this involve?

A: For the past 25 years I’ve kept track of mostly measuring the snow. I am currently also a National Weather Service weather observer, so I’ve kept track of the rain in the last three, four years. As for NewsChannel 9, I email [them] every morning the low temperature around 5 a.m. If there’s anything significant, I will also email Channel 3 and Channel 5 any updates, like snowfall totals. It has to be something impressive, something newsworthy.

Q: Is there any special training involved?

A: It’s not really scientific. It’s a yardstick and a shovel. I am not in any way a meteorologist. I don’t predict the weather. I watch the weather. My data is ground truth, it is what it is. As far as training, I follow the rules of the National Weather Service. They have given me instructions as to how to measure snow. I measure every four hours. If it’s an event, I can measure every hour, like to say, ‘there’s three inches an hour’ on real heavy squalls. They like to know the intensity. At that point, I would measure how much is coming down in an hour. We’re talking mostly lake-effect. I have a nice stainless-steel rain gauge from the National Weather Service. It’s a big cylinder I use that year-round. When the snow falls in that, I bring that in, melt down the snow and take the water content. That’s something I keep for them. They like to know the water content because they’re deciding whether it’s lake-effect snow.

Q: How did you start in this?

A: I saw a notice in the Syracuse newspapers in 1994, saying they were looking for people to keep track of the amount of snow that falls in their town and different towns in Oswego County. I thought, ‘that seems pretty simple and kind of cool.’ I didn’t think there was anybody else doing that. I started out doing that and then got the attention of the television stations. They started calling me. I thought, ‘Wow. Really?’

Q: What is it that you’ve learned in doing this over the years?

A: I can’t believe the interest that exists in the snow. Even people who don’t like the snow, they still sometimes like to hear about it. They might not like to live in it. The other side of my weather-watching involves taking a lot of pictures. I observe the weather, but I like to share it in pictures. Not everybody wants to live in it, but they kind of want to see it.

Q: What are some of the interesting experiences you’ve had as a weather-watcher.

A: Honestly, the people I have met, I would never have dreamt of meeting — all because of snow.

Q: Who are some of these people that you’ve met.

A: My dear friends at NewsChannel 9. When they say my name, I still scream. CNN was in my yard. The New York Times reporters. I had a French film crew here last year at this time. They contacted me. They are filming a documentary on the future of snow. They had just left the Swiss Alps. They had been to Iceland, Russia. Then they came to Redfield. They did some filming in my back lawn. The documentary is supposed to be out sometime later in the summer of 2020.

Q: How did they ever hear about Redfield?

A: My Twitter account is kind of worldwide. That is another shocking thing to me. I am blown away by the amount of people. I’ve gotten comments from other countries. I’m almost to 5,000 followers. A lot of those guys are meteorologists on TV.

Photo: Carol Yerdon of North Redfield said she has measured 6,903.45 inches of snow during 25 years keeping track of the weather in northern Oswego County.