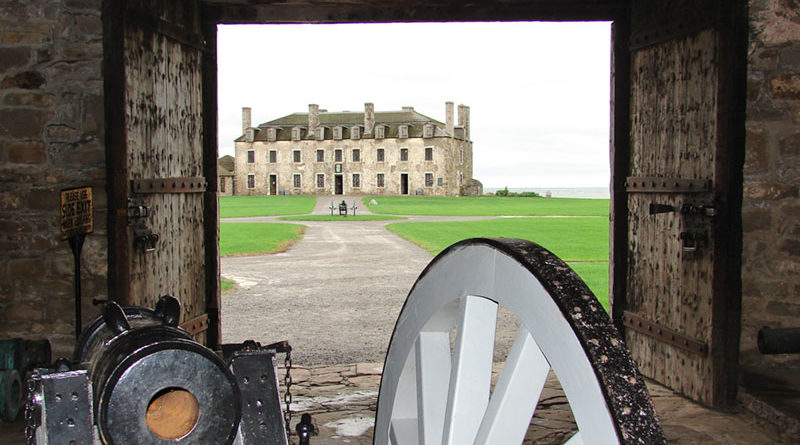 The Great Lakes Seaway Trail was one of the first roads designated as one of America’s National Scenic Byways. The 518-mile trail follows along the shores of Lake Erie, the Niagara River, Lake Ontario, and the St. Lawrence River. Along the way are there are unique historical places and diverse cultural heritage sites in addition to outstanding views and scenic vistas. Explore and pause in the evening to watch a stunning sunset touted by many to be one of the best sunsets in the world.

1. Forts: The shore of Lake Ontario was the first line of defense protecting the area from attacking forces during several wars hence the need for forts and other fortification. Fort Niagara was built by the French in 1726 and later taken by the British and turned over to the United States. It protected the mouth of the Niagara River. Fort Ontario was built in 1839 in Oswego protected the Oswego River.

3. Architecture: There are several Frank Lloyd Wright houses in the Buffalo area, two of which are open to the public. The Darwin D. Martin House is one of most extensive of Wright’s Prairie Houses in the Eastern United States. South of Buffalo in Derby is Graycliff overlooking Lake Erie and designed by Wright as a summer home for the Darwin Martin family. Cobblestone houses are a unique architecture style along the trail that owes its existence to the stones along the lake shore. Check out the Cobblestone Museum in Albion to learn how the lake stones are fashioned into homes.

4. Castles: The 1000 Islands was the summer getaway for the wealthy. Among the magnificent homes is one that was inspired by the castles in Europe, namely the unfinished Boldt Castle. George Boldt, owner of the Waldorf Astoria in NYC, commissioned the building but it was never completed. It is now being restored. Nearby is the Scottish-inspired Singer Castle on Dark Island. It is completely furnished and complete with secret passages. It was built at the behest of the president of the Singer Sewing Company.

5. Festivals and more: Harborfest in Oswego draws thousands to it four-day event to enjoy the food, crafts, music, and other entertainment. Learn about the War of 1812 at the annual reenactment in Sackets Harbor. Niagara Falls is one of the Wonders of the World where visitors flock nightly to see the lights on the falls. Nearly every area has its own unique festival or event from fishing derbies, to parades, to weekend events year-round including the Fire and Ice Celebration in Clayton.

6. On the Water: Water, water everywhere and plenty to do. Fishing in the lakes and rivers is one of the biggest attractions along the Seaway Trail. There are many marinas serving boaters. The St. Lawrence Seaway is a system of locks, canals, and waterways that allow travel between the ocean and the Great Lakes. Visitors can see ships from around the world from the observation deck at the Dwight D. Eisenhower Visitors’ Center and learn about the Seaway.

7. Farms/orchards: The soil and climate around the Great Lakes is perfect for growing produce. There are apple and peach orchards along with dairy and vegetable farms. In addition to u-pick fruits and vegetables there are many seasonal farm stands. Many of the farms offer family activities such as mazes and haunted hayrides during harvest time. Old McDonald’s Farm near Sackets Harbor is a family-friendly place with a variety of animals and activities including a dairy barn tour and pony rides.

8. Parks: There are many state, county, and local parks along the Seaway Trail. Some have campsites and rental cabins, while others have marinas. Some are mainly for day use. Several of the parks allow swimming. One of the day-use parks, Chimney Bluffs State Park, has unique clay formations designed by nature. Many have great hiking trails. The Seaway Trail is a flyway for raptors and other migrating birds drawing bird watchers to it shores.

9. Unique: Adjacent to Fort Ontario is The Safe Haven Museum and Education Center, a site that details one of the most interesting government actions during WW II when nearly 1000 Jewish refugees were brought the United States. Casey’s Cottage at Mexico Point Park is a carriage house that nearly 50 years ago was turned into an 11th century English manor house. The park also has life size statues of people germane to the park. The Underground Railroad was active also the shore of Lake Ontario. Visit the newly opened Niagara Falls Underground Railroad Heritage Center and in Lewiston there is a statue, Freedom Crossing, honoring those who endangered themselves helping slaves to freedom in Canada.

10. Explore: Along the way stop and visit the museums of Rochester: George Eastman Museum, the National Susan B. Anthony Museum, and the Strong Museum. Long before the settlers arrived the area was home to Native Americans. Visitors can learn more about the Iroquois at the Seneca Museum in Salamanca, the Ganondagan State Historic Site near Victor, and the Akwesasne Cultural Center in Hogansburg. Another do not miss is the Frederic Remington Art Museum in Ogdensburg.