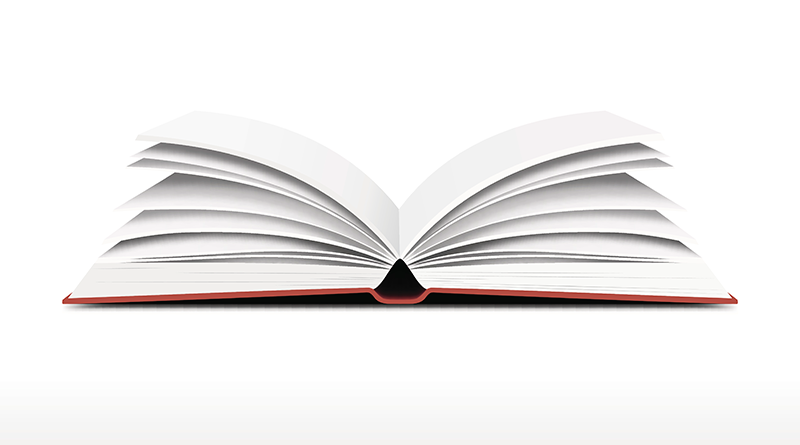 “Memory is the diary we all carry around with us.”
-Playwright Oscar Wilde

Some Central New Yorkers are re-charging their memories and mental diaries by transforming them into memoirs to share with their families and friends. Drawn from age and experience, a memoir can evolve into rich observations that elucidate the writer’s personal relationships or give a historical perspective to a neighborhood, a community or a culture.

Seasoned local writers like Eric J. Evans and Irving Wagner have self-published memoirs that document years of their experiences and give character to the people and places that helped transform them. Other writers like Delores Tanner, a student at the Downtown Writers Center, examines social context in her short memory pieces on life as a college student, a mother and a volunteer teaching English to newly-arrived immigrants.

Whatever their approach, all three writers find they’ve engaged in useful explorations of self-discovery.

“I don’t know the answer,“ Tanner says, “but I like to ask the question.” For Tanner, who is 83, such reflections capture the essence of memoir. The realization that “there are spaces I need to fill in” attunes her to the random moments of reflection when she is not necessarily sitting down and physically writing, but rather engaged in some other activity, even so simple as washing dishes. In those moments, one of the “missing pieces” can suddenly come to her. She especially likes to employ humor, as in her story about a calamitous college audition for a TV cooking show, and a Saturday-in-the-life saga with four young sons, a Scout pack meeting in her living room, a painter in the kitchen, and a cat that gives birth in the middle of everything. With a focus on the evolving role of women, Tanner’s pieces often illustrate the lifestyle and values that she and her mother experienced as females in the past. From reflection on the way things are “now” compared with “then,” stories of her youth emerge.

Eric Evans, a published poet, also linked his present reflections to his past for his memoir, “Meet Me in the Distance.”

“I was going through a big change in my life and those new experiences altered my view of life.” Writing about his present identity “led, by extension, to going back to who I was before. Where did my sense of identity come from? I wanted a process of looking into this.”

Evans steadfastly pursued an emotional journey, writing “pieces of memory” each day. Avoiding the conventional form of a continuous narrative thread, he focused instead on a series of isolated stories related to his emotional life. His self-published “Meet Me in the Distance,” is now available on Amazon. In it, he relates vignettes from his Florida childhood, his complicated relationship with his father, a stint in the U.S. Navy, and his development as a writer and college professor. He engages his readers with chapter titles like, “Women and Men and Me,” “Strange Interlude: Panama City Beach,” “A Little Discussion Between Friends,” and “Shakuhachi: Another Musical World.”

Irving Wagner’s books, also self-published, “Recollection—The Autobiography of a Little Kid” and  “Recollection Part 2” — are a record of the Syracuse Jewish community through the 1930s, ‘40s and ‘50s. Now 91, he chronicled his childhood, his work as a cattle farmer in Jefferson and Onondaga counties, and his religious commitment in the Syracuse synagogues of the old Fifteenth Ward.

Wagner’s vignettes, some as short as a paragraph, offer glimpses into his courtship of his wife Louise, social occasions with friends, and even sensory memories of hearty Jewish cooking and drinking. Wagner’s grandchildren would probably not learn about “House’s” cream soda, homemade strudel and chicken fat smeared on hunks of bread unless they read about it in his book. Altogether, Wagner gives us a social history of a particular community in a particular time. He wrote the material over a period of many years, as memories came to him. With the help of his late wife Louise, who was an artist, he designed and printed two 8 ½ by 11” volumes: “Recollections, The Autobiography of a Little Kid” and “Recollections, Part II.”

His understated style delivers impact in its very simplicity, as it relates the trials of an immigrant generation that put its energies into striving for a better life rather than reflecting on it. For instance, on his family’s arrival here: “Our family arrived here in the U.S.A. from Lithuania in 1923. I was told I was very sick on board ship and almost didn’t survive. Nevertheless, despite the fact that I was only 6 months old I was persistent… Our first stop was Ellis Island, and then to Syracuse N.Y. where we moved in with our sponsors, Aunt Cecil and Uncle Louis. They lived on Montgomery Street, which at that time was a dirt road. Uncle Louie had a horse and wagon and traveled throughout the city buying rags and metal, making a comfortable living, but it was hard physical work.”

Wagner’s intention as a writer is to impart a past and a set of values that the younger generations of his family can hold on to. “Otherwise,“ Wagner reflects, “history would be lost. This is my legacy to my kids.”

Elinor Cramer, a local poet and a writing instructor for the Downtown Writers’ Center, echoes that sentiment. “You are the carrier of your family’s history,” she says, adding that oral histories passed down among family members can inspire them to write. “While in his 90s,” Cramer says, “my father dictated his experiences to my sister. She typed them and gave a copy to each of us.” Records such as these embody memoir at its most personal and poignant.

What should writers keep in mind if they want to begin their own memoirs?

Georgia Popoff, the workshops coordinator for the Downtown Writer’s Center in Syracuse, encourages her students to begin by understanding that “everyone’s story is valuable and valid.”

Most of the senior memoir-writers in her non-fiction writing workshops draw on stories from their youth, their adult accomplishments and, for some, illness and trauma. Whatever the focus, Popoff stresses that a memoir is an arduous journey for the writer, and that the best writing succeeds through hard work and conscientious revision.

“It’s not what you draft, it’s what you craft,“ she says. “Revision is where you ‘prove your muster’ as a writer.” Popoff has three “tiers to accomplishment,” questions her students must answer as they write: 1) What is your mission? 2) Who do you want to read it? 3) How much work are you willing to put into it?

As a poet with three published volumes of poetry who is currently working on five writing projects, including a memoir of her own, Popoff understands intrinsically the demands writers must make upon themselves.

One is to pick up a good book about process. In her writing classes at the Nottingham Senior Living Center, she recommends two particularly helpful guides, one intended for older adults called “Writing from Within,” by Bernard Selling, and the other, “Writing the Memoir, From Truth to Art,” by Judith Barrington.

Schell’s other suggestion is to join a writing class, where people can “hear what others write and get inspired.” In her classes at the Nottingham, she finds that her older adult students prompt each other with stories of events, experiences and the life dilemmas they have in common.

Whether a crafted memoir comes out of a class assignment, or a lone endeavor at the page or keyboard, ultimately it comes from a passion to hold onto one’s history and to share it. In sharing their memories and mental diaries, writers like Tanner, Evans, and Wagner have re-created whole pasts for others to discover. 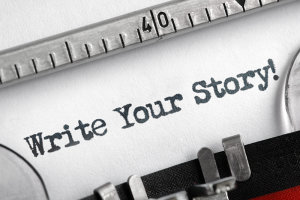 Local author Irving Wagner published his memoirs the old-fashioned way in the 1990s. In those days, his computer word processor didn’t even have cut-and-paste capability. To put his memoirs into hardbound book form, he bought paper stock in “a little place on Erie Boulevard” that doesn’t exist anymore and ran back and forth to a printer to copy pages.

Today, online publishing programs and presses are plentiful and accessible.

Author Eric Evans used Amazon’s “Create Space” for his book “Meet Me in the Distance,” a glossy paperback with a cover of Evans’ own design. “Create Space” (www.createspace.com) is a user-friendly program in which writers create their typescript and export their text to a PDF file, with capability to separate the front, back, and spine of the book. Instructions are very easy, Evans says, and it was “lots of fun” designing his cover.

Writers can also do an online search for other self-publishing programs that might fit their needs.

Chapbooks are another appealing format for writers who want to publish, although chapbook presses are highly selective. Both Evans and local poet Elinor Cramer have published chapbooks with their poetry. Chapbooks are small booklets, often no more than 5” by 8”, with 20 to 50 pages bound with staples or even string, which gives them a home-grown, artisan-like appearance. Although many chapbooks focus poetry, some chapbook presses appear to be open to works of short prose and memoir. Red Bird Chapbooks at redbirdchapbooks.com includes one memoir in its online catalog. The online Masters Review lists other chapbook presses at mastersreview.com, as well as additional publishing opportunities for new writers.

While Georgia Popoff, the workshops coordinator for the Downtown Writer’s Center in Syracuse, encourages self-publishing for memoir writers, she also suggests other paths to visibility. Cultivating a following through Facebook, Twitter, and blogging can get a writer’s perspective out in the online community.

“Many people have their own blogs,” she says. She herself has one (gappoet.blogspot.com). Popoff also reminds her students that community readings are great opportunities for promoting their work and rallying an audience of readers.