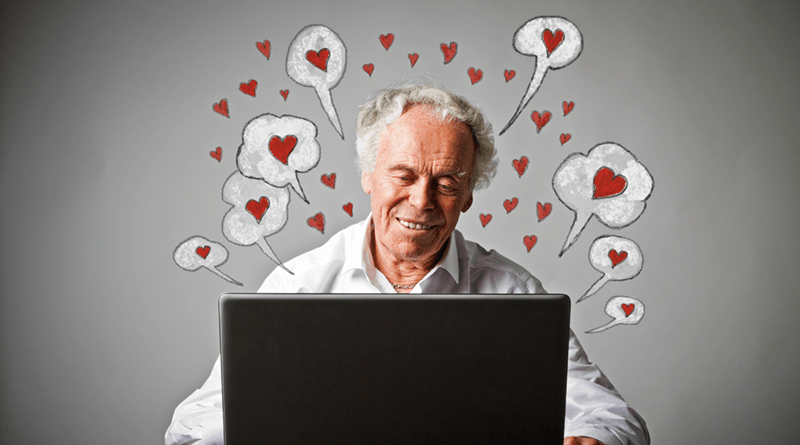 Number of 55- to 64-year-old people trying online dating continues to grow — so is the number of catfishers, scammers who prey on them

The number of couples who meet online, in all age groups, continues to grow. A whopping 39% of heterosexual couples and 65% of same-sex couples who met in 2017 met online.

This was reported in a new study, “Disintermediating Your Friends,” by Michael Rosenfeld, department of sociology at Stanford University.

Online dating has led to numerous committed relationships and marriages. But as too many can attest, it’s not all fun — and there are plenty of games. In fact, according to studies, more than half of users lie on their online dating profiles. It’s often fairly innocent (though frustrating to those who uncover the deceptions) in regards to their age, weight or height.

But catfishers (scammers who lure people into a sham relationship) are a whole different breed. They lie about nearly everything, including posting stolen photos to beguile and lure victims.

In 2016 alone, the FBI’s Internet Crime Complaint Center received 15,000 complaints under the category of romance scams and confidence fraud. Most, however, likely don’t get reported. We’ve all heard a well-publicized story of someone losing tens or hundreds of thousands of dollars to an online catfisher. But the truth is, it’s far more common than most people realize.

Financial gain, however, is just one of the motives of catfishers. While many are out to scam people of their hard-earned cash, others have different sinister intentions. Some are seeking sexually explicit videos or photos for either personal use or to post online. Some catfishers find it an effective method for identity theft. Tragically, pedophiles also catfish to groom and lure children. Even adults are sometimes catfished for the purpose of causing physical harm. There are also those who do it for revenge, to catch an untrustworthy spouse, or to live an alternate reality. In the end, regardless of the catfishers’ motives, victims often experience emotional trauma as well.

Here are some particularly eye-opening facts:

• Fifty-one percent of online daters are married (though most lie and say they’re not).

• At least 10% of dating profiles are catfishers.

How do catfishers choose their targets?

One thing about catfishers is they’re pretty slick when it comes to choosing their victims. Senior citizens are frequent targets. But catfishers scam people of all ages. In fact, the Federal Trade Commission found that of all fraud victims surveyed in 2016, 21% fall between the ages of 30-39. Those in their 40s and 50s are a close runner up.

Catfishers also look for those who are desperate for love, gullible, or sympathetic. Such people are easy to woo, guilt, or manipulate in a variety of ways and feed right into the catfisher’s hand.

More than half of users lie on their online dating profiles. It’s often about age, weight or height. Catfishers, however, are a whole different breed

How to protect yourself from the get-go

Catfishing has been around since long before the internet. But the World Wide Web provides catfishers an endless supply of prey while making it easier to conceal their identity. So, whether you’re in an online dating site or app and even in social media, keep your fisheye peeled and follow these precautions.

First, know the red flags to look for before you begin communicating with someone you don’t know. Some catfishers provide detailed, elaborate (but deceptive) profiles. Often, though, their profiles are incomplete and vague. By providing such limited detail (other than, perhaps, a very attractive photograph), they’re able to capture the interest of more potential victims. It also gives them the advantage to make things up as they go that best fits their victim’s wants, needs and desires.

Photos are another big clue. If they have no photo, this can be a red flag. Also, does their only photo look extremely dated? You know, the ones with that orangish hue that date back to the ‘70s. Or does the photo look like it came straight from GQ or Glamour? Of course, many are smarter than that. Even when the photos look kosher, they might be stolen from someone else’s social media profile. So always do a reverse image search. Just right click on the photo, and select ‘save image as’. Then go to Google images (www.google.com/images). Drag and drop the photo into the search bar. If Google shows identical results for the image, do some investigative work.

Also, watch for broken English in their messages. If you notice odd language such as ‘I will like to get to know you’, be wary. It might indicate they’re from a foreign country commonly known for catfishers. On the same token, some scammers use broken English intentionally. They do this to weed out those intelligent enough to easily catch on to them. Catfishers want to invest their time in those who seem to be gullible. Another reason they may intentionally use broken English is to create the illusion they lack sophistication. This gives them the advantage that you won’t suspect they’re crafty enough to be a catfisher.

On the other hand, beware that many, and perhaps most catfishers don’t show broken English. Plenty of catfishers are American, or English is their native language. Good English doesn’t necessarily deem them legitimate.

When you begin communicating with someone online, ask for their full name, and beware if they won’t tell you. Then do an online search for their social media profiles, job information, places they’ve lived, and anything else you can learn. If you can’t find the person online or something doesn’t seem right, cut your ties.

If someone you haven’t met starts getting romantic quickly or comes out with the “L” word before you’ve ever met, be suspicious. It’s true, some legitimate relationships have started out this way, but it isn’t the norm. It’s fairly common, though, with catfishers who quickly try lure you into a phony whirlwind romance. They often move quickly and begin talking about a relationship, being in love, or a future together before you’ve met.

Most important, regardless of how perfect or real someone seems, don’t allow yourself to get emotionally involved before you’ve met in person. In fact, once you’ve done the investigative work above, try to meet for coffee as soon as possible. That way you don’t waste time or risk getting emotionally entangled with a fraud. Some people have found themselves reeled into years-long sham relationships without ever having met their predator. They only learn after wasting years of their life and sometimes all of their savings.

• they’re often difficult or impossible to catch on the phone.

• they always have an excuse for why they can’t meet you in person. They may claim to be out-of-state or the country. Also, they often claim, repeatedly, to be dealing with a major crisis or set back. This is to gain your sympathy, so you’ll accept it without question.

• they won’t provide their exact address, especially even after professing their love, an extended courtship, or asking to borrow money. (It should be noted for women’s safety, however, never give your address to someone you haven’t met and gotten to know well in person.)

• they try to manipulate you by shaming you, playing on your sympathy, or being overly charming, complimentary, or empathetic.

What to do if you’ve been catfished or suspect it

If you suspect you’re communicating with a catfisher but are uncertain, gather everything you know about the person, print their profile, communications and photos. Then share it with trusted family and friends for objective opinions.

Also, report catfishers to the dating or social media website where you met. Then file a report with the FBI at www.ic3.gov/default.aspx

Looking for Love Online More Popular Than Ever

A 2018 survey conducted by Medicare Advantage revealed that 29% of adults aged 55 and older dated someone they met online through a dating service in the past year.

According to the survey, looking for love online ranks more popular than every other category of ways to meet — bar/night club, church, gym, out and about, social clubs, speed dating, work and school — except for mutual friends introducing them.

While some people can find a date and maybe a long-term relationship online, it’s important to approach online dating cautiously.

“They prey upon feelings of love, goodwill and fear,” she said. “It may start as befriending the victim. Some older adults have increased vulnerability because of loneliness and isolation,” DiCaprio-Lee said.

Some scammers choose to target older adults because they want victims whom they perceive as having accumulated significant assets, feel more desperate for a relationship, and are less likely to report a scam.

“One of the fears older adults may have about reporting a scam is if someone finds out they’ve been exploited, they may lose independence,” DiCaprio-Lee said.

She urges people using online dating to stop communication with anyone who makes them feel uncomfortable or who raises other red flags like rushing into a serious relationship, inconsistent information or asking about financial information.

Scammers are likely much different people than their online persona. Rita Worlock, licensed clinical social worker in Liverpool, knows a lot of people who have successfully met someone online, “but there is a safety component,” she said. “It’s not like it used to be. Your account can get hacked. There is a ton of catfishing.”

Catfishing describes people who post favorable photos and information that isn’t real, usually with an intent to defraud the person who falls for it. The photos usually depict someone very attractive and not the person posting — or maybe not even the perceived gender or age. The catfish appears too good to be true and takes an instant and intense interest in the target. It can feel really great to have a loving beau; however, eventually the catfish purports some kind of financial crisis or needs money for a plane ticket for their first real-life meeting. As you can guess, the catfish has no crisis and pockets the money.

“You have to be honest and smart,” Worlock said. “If it acts, walks and talks like a duck, it’s a duck. If your gut tells you to not trust it, don’t trust it. Plus, it depends upon the site. Some require a paid membership to send or leave a message. If they’re paying for it, they’re probably not playing a game.”

Don’t let yourself become a sort of catfish. Not only is it right to present yourself honestly, but showing a few chinks in the armor makes you appear approachable, not a perfect “goody-goody” to whom no one can relate. Use a little humor. You don’t have to be Jimmy Fallon-level funny.  But some humor can help highlight your personality.

“If you’re going on blind dates, be very careful about what you tell a person in person,” Worlock said.

It takes time to build trust. Never feel pressured into talking about personal matters like finances.