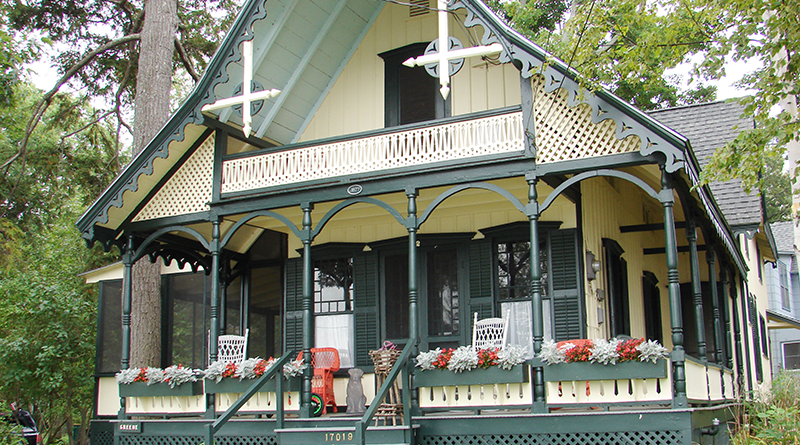 Jefferson County was named for President Jefferson and at one time included the northern part of New York state and all of present-day Vermont. Since there was no western boundary at that time it theoretically extended to the Pacific Ocean. Over the years various other counties were split off until Jefferson County reached its present size in 1805, with the exception of Carlton Island which was captured from the British in the War of 1812 and annexed to the county. Today the county is a wonderful mix of things to see and do.

1. Watertown: Learn about the history of Jefferson County at the architecturally unique Paddock Museum, home of the Jefferson County Historical Society. The museum’s water turbine Kinne Exhibit is believed to be the largest of its kind anywhere and has been designated a National Landmark by the American Association of Mechanical Engineers. One exhibit traces the history of the county from 1792 to its golden era in the early 20th century. The outdoor exhibits include an Early American barn, a pioneer cabin, and a one-room schoolhouse. The city is also home to historic Thomson Park with many trails and a zoo.

2. Thousand Islands: There are more than 1,800 islands in the St. Lawrence River between the United States and Canada with more than 1000 things to do. Wellesley Island is one of the larger islands and home to a preserved Victorian village. The historic district has more than 200 buildings from the late 19th century and early 20th century. The Minna Anthony Common Nature Center with 600 acres has several different ecosystems and a nature center. It is open year round.

3. Millionaire’s Row: During the Gilded Age, the end of the 19th century to the beginning of the 20th century, the wealthy people vacationed in the Thousand Islands. A New York Times reporter was on site to report on society’s doings. The moneyed bought islands and built mansions in an area that is now called “Millionaire’s Row.” Some built castles like Singer Castle on Dark Island and Boldt Castle on Heart Island. There are tours to both but Boldt  Castle was never completed.

4. Alexandra Bay: Commonly referred to as “A-Bay” it is where the famed Uncle Sam’s Boat tours depart for a tour of the area including the castles. It is also one place to organize a fishing charter to catch pike or muskellunge. There are several quaint shops and waterside resorts. In August the streets and docks are the place to celebrate Bill Johnston’s Pirate Days with performances, parades and a pirate ship invasion. Yes, the area had pirates including Bill Johnston, the infamous local patriot, fugitive and buccaneer.

5. Clayton: The charming riverside village is home to the famed Antique Boat Museum where visitors can learn about the development of watercraft and view a variety of boats. River rides on vintage boats are available. The restored 1903 Opera House has a summer lineup that includes tribute bands, comedians, along with nationally-known stars. The Thousand Islands Museum and the nearby Arts Center is home to a Handweaving Museum. Don’t miss River Rat Cheese, Coyote Moon Wines, and the Clayton Distillery.

6. Sackets Harbor: Start your visit to this quaint, historic town at the Heritage Area Visitor Center — it has an orientation map for a village walking tour. One of the crucial battles of the War of 1812 took place here. Check out the Sackets Harbor State Historic Battle site and the nearby Pickering-Beach Museum. The Seaway Trail Discovery Center is a museum with exhibits about the culture and heritage of the Great Lakes Seaway Trail and surrounding area. Nearby is Old McDonald’s Farm with over 100 animals.

7. Fort Drum: The 10th Mountain Division makes its home at Fort Drum. It is a city unto itself with a population of about 12,000. The Main Gate (North Gate) is located on Iraqi Freedom Drive off route 781. Visitors need to have a Department of Defense ID or fill out a request form and submit it to a sponsor a couple of days before the planned visit. Those without a sponsor can contact the curator of the Fort Drum museum for permission to visit.

8. Recreation: Jefferson County borders Lake Ontario and the St. Lawrence River making it a paradise for boaters and bathers. There are many beaches with favorites being Westcott Beach and Southwick State Parks, both of which offer camping. There are many hiking trails including those at Black Pond Wildlife Management Area near Henderson. Check out the white water rafting on the Black River, houseboat rentals, and diving. With the eastern part of the county in the foothills of the Adirondacks visitors can enjoy the groomed snowmobile trails, skiing, golfing, and camping.

9. Did you know? Thousand Island dressing was created by Sophie Lalonde, the wife of a 1000 Island fishing guide. The village of Adams is called “The Arbor Day Village” in honor of J. Sterling Morton who was Secretary of Agriculture under Grover Cleveland and the founder of Arbor Day. To some people, Watertown’s Thompson Park is an energy producing site possibly due to the high concentration of certain minerals and rock which may affect the surrounding electromagnetic field creating a vortex, ley lines, and other paranormal energy producing phenomena.

10. Don’t miss: No matter the season there is always something going on, especially in the summer. Jefferson County is on the Seaway Trail, which is a National Scenic Byway and includes a wine driving tour. One of the big summer events is the annual Antique Boat Show and sale. The historic Sackets Harbor Battlefield War of 1812 Weekend is an annual event. The Jefferson County fair is the longest consecutively running fair in the U.S.A. Most communities have their own special events. One of the popular new events is the Fire & Ice Celebration in Clayton.