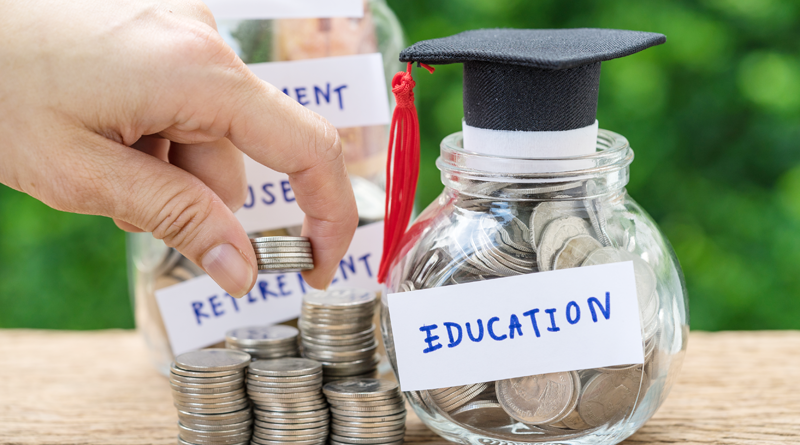 Some parents may think that funding their children’s college education  is the most important step to take in their finances after paying off debt; however, if that means sacrificing saving for retirement, the plan can dramatically backfire.

“There are lots of ways to finance college education and not a lot of ways to do that for your own retirement,” said Caragh Fahy, owner and certified financial planner at Madison Financial Planning Group in Syracuse. “Be very careful you don’t jeopardize your own financial independence.”

Fahy usually advises clients to take care of their own finances first, not only for the clients’ sake but also for their children’s.

“Parents who ‘help’ their children by depositing in accounts in the child’s name can hinder their ability to obtain low-interest loans and grants,” Fahy said.

She suggested an alternative, the 529 plan, which earmarks funds for higher education and allows contributions to accumulate tax-free, “but if you want flexibility, I like non-IRA accounts where the dollars are multi-purpose.”

If the child doesn’t end up going to college, owners of these accounts can change its beneficiary to another child or family member — even themselves — to pay for higher education without suffering the 10 percent penalty and taxes on gains.

She also suggested partially funding a 529 plan, which can be passed onto siblings.

Loans from the Bank of Mom and Dad can work, as long as parents use a written contract and enforce the loan stipulations.

“It might be hard to hold them to payments when the child is trying to launch,” Fahy said. “It could cause friction. Parents could co-sign or help them pay off a loan. Parents can gift up to $14,000 per year without tax consequences. They can help pay that loan through gifting.”

Parents should work with their college-aged children to lower the cost of their educational needs. Attending a renowned college doesn’t guarantee a fulfilling career, but it does guarantee a hefty tab.

Opting for a less expensive, nearby school can help families save money while the student decides the next step. Commuting from home also spares them room and board expenses.

Jeff Layhew, owner, president and financial adviser with Wealth Resources Network in Liverpool, has a daughter at SUNY Brockport. He called the school “very affordable” compared with many other options.

“There is this weird idea that you’ll let an 18-year-old spend any amount of money on tuition with no thought process,” Layhew said. “We’d never let an 18-year-old pick out a Lamborghini. We’d say, you have an $8,000 budget and we’ll go to the used car lot.”

“Community colleges are fantastic, in my opinion,” he said.

Many high school students feel pressured to attend a prestigious college; however, a community college can cost nearly 50 percent less than many large, well-known colleges.

Layhew wants more young people to consider whether they want to attend trade school or learn through mentoring.

“If someone becomes a plumber, welder, haircutter or tailor, they may not need college,” he said.

Students should also take the right major. Changing midstream adds additional time to the college career. Only 19 percent of students earning bachelor’s degrees at US public colleges graduate within four years, according to Complete College America, a nonprofit group based in Indianapolis. Many people end up as five-year students because they changed their major. An additional semester tacks on another $15,000 to $20,000 in debt.