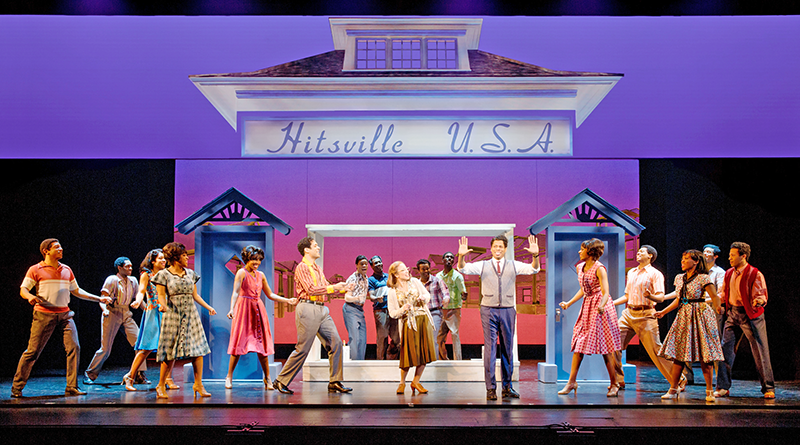 Two award-winning Broadway shows will be presented at Landmark Theatre in downtown Syracuse in April and May.

• “Beautiful – The Carole King Musical” — Producers Paul Blake and Sony/ATV Music Publishing have announced that the Tony and Grammy Award-winning Broadway hit “Beautiful—The Carole King Musical,” about the early life and career of the legendary and groundbreaking singer/songwriter, will make its Syracuse premiere at the Landmark Theatre for one week, April 18 – 23.

Long before she was Carole King, chart-topping music legend, she was Carol Klein, a Brooklyn girl with passion and chutzpah. She fought her way into the record business as a teenager and, by the time she reached her 20s, had the husband of her dreams and a flourishing career writing hits for the biggest acts in rock ‘n’ roll. But it wasn’t until her personal life began to crack that she finally managed to find her true voice.

Directed by Charles Randolph-Wright, “Motown The Musical” is the true American dream story of Motown founder Berry Gordy’s journey from featherweight boxer to the heavyweight music mogul who launched the careers of Diana Ross, Michael Jackson, Stevie Wonder, Smokey Robinson, Marvin Gaye and so many more.

Featuring more than 40 classic hits such as “My Girl” and “Ain’t No Mountain High Enough,” “Motown The Musical” tells the story behind the hits as Ross, Robinson, Gordy and the whole Motown family fight against the odds to create the soundtrack of change in America. Motown shattered barriers, shaped our lives and made us all move to the same beat. “Motown The Musical” is produced by Tony Award winning producer Kevin McCollum (“Rent”, “In the Heights”, “Avenue Q”), Chairman and CEO of SONY Music Entertainment Doug Morris and Motown founder Berry Gordy, in association with Work Light Productions.