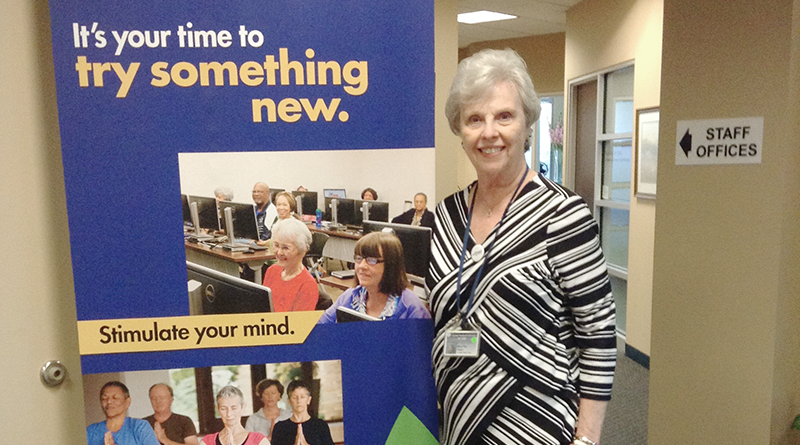 Money just one of the factors keeping women in the workplace, sources say

Does it seem like more older women are in the workforce nowadays? It’s not just your impression.

The percentage of women over 55 in the workplace increased from 12.6 percent in 2000 to 22.2 percent in 2015, according to the Bureau of Labor Statistics. Officials at the bureau say this percentage will climb to 25.3 percent by 2024.

Mary Rodgers, 60, works full time as a professor at SUNY Oswego School of Business after retiring in 2006 from a 30-year career as an investment banker. Her most recent job in the industry was as a vice president of, asset management at Merrill Lynch in New York City and Tampa, Fla.

“I chose to stay engaged in the field through teaching instead of working at the bank,” she said.

Though she lives in Florida, she travels north to teach modules at the college. She maintains an apartment in Oswego.

“I tried retirement. I did,” Rodgers said. “I just hated it because I thought I lost my voice, my sense of purpose and direction. I had worked all my life. I never took time off to have kids. I probably derived a greater amount of self esteem from my profession than I realized.”

She didn’t want to work as intensely as she had at the bank, so she scaled back and completed her doctorate degree which enabled her to teach.

She enjoys research and teaching depends upon that skill.

She likes that her second career’s lower level of intensity allows her more time with her family.

She advises others considering a second career to “give yourself a whole weekend of solitude” she said, to figure out what they lack in their lives.

Instead of others marginalizing them for their age, today’s 50-plus women leverage the experience they’ve gained in the workplace for the past three decades. Today’s technology can help more women achieve goals that would remain unreachable previously.

“A lot of people like myself never believe they’d be able to do graduate work for a long time,” she said. “With online education, you have the ability to earn a graduate degree in an efficient way.”

She believes that mentoring offered by women’s business organizations has helped more women feel confident to continue working and, for some, strike out on their own as entrepreneurs. Seeing other women succeed in business and enjoy long careers and second careers encourages more women to follow that example.

Olszewski also believes that societal chances have contributed to women working later in life because they have the opportunity to choose whether they want to work or not.

“In the late ‘70s, when I was having children, it was a huge decision if you had children and worked and went back to work,” she said. “Now they’re reaching an age where their children are grown and they’re saying, ‘What interests me?’

“The baby boomers have been rule-breakers from the get-go and are trend setters. With women’s rights, we said, ‘We’re more than homemakers. We have a lot to give to society and to our families,’” said Olszewski.

Many women who are now in their 50s suffered financial setbacks during the dot com and housing market crashes, both of which occurred during what

should have been their peak earning years. Smaller nest eggs, combined with less confidence in Social Security, means that more women need to work longer.

Compared with a generation ago, more couples have their adult children living at home or care for their young grandchildren. And both men and women are experiencing longer, healthier, more active lives past 50.

Mary Pat Oliker, development officer for Upstate Medical University, offers talks at OASIS in Syracuse. The septuagenarian knows many women 55 and older in this situation. They must work; however, their choices for how to make money at this stage are much broader than for previous generations.

“They have many ways they can sustain a growing family comfortably and put away money for the children to go to college,” she said.
Working at home, starting a new business, buying a business, consulting, and changing careers are among the options for today’s 55-plus women.

Tracy Higginbotham is founder of Women TIES, a businesswomen’s networking organization with members across Upstate New York. She believes that there are many reasons for this growth of older women in the workforce.

“Sometimes I think I don’t see a time where I’ll want to quit working,” Higginbotham said. “Why should there be a cap on when individuals stop working?”

She said that entrepreneurship is how many women decide to continue working later in life — and it’s not always about the money. Entrepreneurship offers flexibility. Many women 55-plus care for elderly parents and may still have children at home. Those who are typical retirement age can still work while enjoying more of their past times, such as traveling.

“If women are looking for more flexibility as they grow older, entrepreneurship offers that perfect opportunity,” Higginbotham said.

Entrepreneurs also call all the shots and don’t have to accept any guff.

Higginbotham said she has spoken with women from all over the nation who said they have faced sexual harassment at the workplace.

“If you work for yourself, people hire you based upon your level of experience,” Higginbotham said.

She also thinks that women enjoy entrepreneurship at this stage because they can make a difference in the world. Instead of putting their noses to the grindstone, they want to build a legacy.