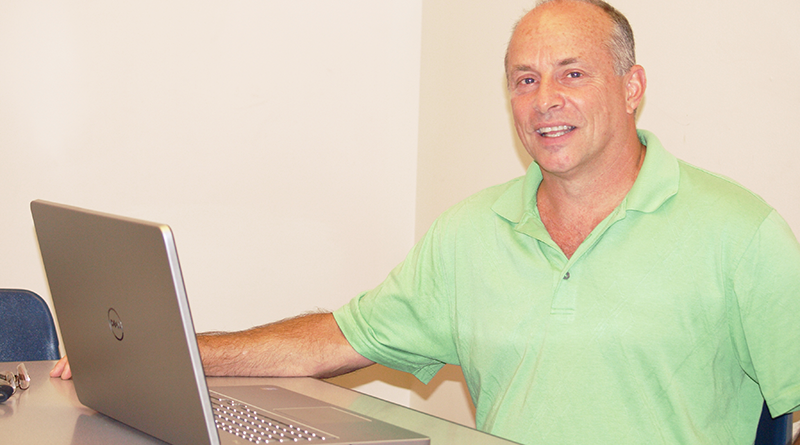 Paul Vollmer of Liverpool spent 32 years at Anheuser-Busch in Baldwinsville, but it wasn’t until his last seven years that he felt truly fulfilled in his job.

“I never really found a great fit for me until I was 50 years old,” the 59-year-old said. “They put me into the utility department to use my accounting background to help troubleshoot and find a more efficient way of refrigerating throughout the brewery. I worked with a supervisor. We were able to save a significant amount of money. That’s in my wheelhouse.”

For most of his time at the brewery, Vollmer was an accountant. He appreciated the work but it wasn’t a good fit for him, and he discovered why when he got some career counseling.

“My Myers-Briggs personality is that of a strategist,” he said. “A strategist likes to figure things out. What a strategist doesn’t like are things that are routine and mundane. You can kind of see what I struggled with.”

Vollmer decided he wanted to share what he had learned about choosing the right career direction with others. He figured he could save others a lot of effort and pain if they knew what he knew after learning the hard way. He started Career Clarity, a counseling service for high school students and their families.

“This career counseling that I do is also about figuring things out,” he said. “It’s working with people, but it’s kind of based on my own struggles. The seeds to my business actually started in 1997.”

His own four daughters were the testbed for Vollmer’s career consulting business. They were going into college and he wanted them to get on the right track from the beginning. It would save them a lot of time, confusion and money.

He got in touch with a software company that normally only supplied career counseling software to schools.

Using Myers-Briggs, the software, and his own knowledge, Vollmer has helped forge a successful career path for each of his daughters.

He determined that his oldest daughter might enjoy the major of psychology.

“We had a conversation,” he said. “She said ‘Dad, you know my psychology text book? I read it to relax.’ That was the lightbulb moment. I knew I was really onto something at that point.”

“My girls, none of them changed their major,” he said. “They all ended up with jobs, which is what it’s about in the end. That isn’t a home run. That is a grand slam.”

Parents and their students often stress over what direction their child is headed, especially in high school. High school kids and early college students are Vollmer’s main clients. Finding the right career choice is a major challenge for many of them.

“We’re asking 17-year-olds to make a major life decision without any knowledge,” he said. “It is creating tremendous anxiety and poor results. In 2013 the National Center for Educational Statistics stated that 80 percent of students change their major. And on average students change majors three times. That is a great benefit for the colleges and a terrible benefit for the students and their families.”

It’s a statistic Vollmer wants to do his part to change. He has been focusing exclusively on Career Clarity since his retirement from the brewery two years ago. He said he enjoys being able to help others avoid the pitfalls of choosing a career path.

“How can you have the knowledge to change people’s lives for the better and not do something about it?” he asked. “I love the people contact, but more importantly, I love sitting with the kid. You can just see the anxiety disappear. It’s like the light bulb goes off.”

Choosing the right career path from the start can impact a person’s whole life, according to Vollmer. From saving money, to reducing stress, to the fulfillment of doing a job you were meant for and enjoy.

“It carries over to their family life,” he said. “If you’re happy at what you do when you come home and open the door the dog won’t run from you.”

The entrepreneur has evidence that he is making a difference other than the careers of his four daughters. He has worked with people from around the country. Locally, he has worked with kids from 16 local school districts, he said.

Vollmer used the example of one client to show how his service has helped others find fulfillment. She was a woman who had found success in her post-secondary education, but not in her career choice. She was salutatorian of her college class, but working as a web page editor.

“Her Myers-Briggs personality was the giver,” he said. “A giver derives happiness from helping people and this poor thing was editing web pages. She went back to school. She is a registered nurse today. Her mother sent me a text and said it’s not a job to her. She loves what she does. She’s doing what fits her.”

Vollmer plans to keep on helping as many students and families as he can. He loves this second career, and considers himself a lucky man. He feels there is more work to be done, more students and parents that can be helped.

“We’re doing a terrible job for our students,” he said. “This process will put them in a place where they can succeed. It will sharpen their whole career process.”

Paul Vollmer’s consulting business, Career Clarity, has helped dozens of high school students from at least 16 local school districts in the region. The fee charged is $300 and covers all counseling services, including discussion of job market. For more information, email him at careerclarity.pmv@gmail.com.