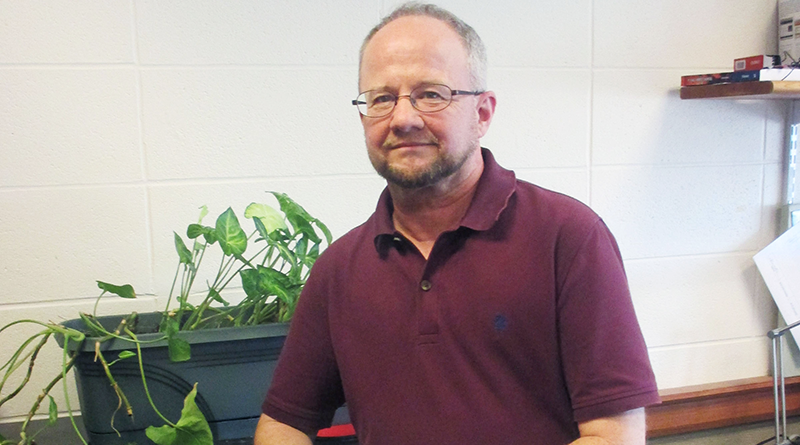 Programs and centers catering to the needs of older adults abound in Central New York, but they may not meet the needs of lesbian, gay, bisexual and transgender (LGBT) people. Fortunately, SAGE Upstate is there to fill the gap.

According to the National Resource Center on LGBT Aging, of the 9 million people who identify as LGBT in the United States, 2.7 million of them are 50 or older; 1.1 million are 65 or older.

In 2016, SAGE Upstate averaged 115 walk-in clients or program attendees each month and logged 2,889 sign-ins for the year.

As older LGBT adults age, they face similar economic and health concerns as straight and cisgender (non-transgender) older adults, but they have the added challenges of discrimination, insensitive or incompetent health care providers, and possibly fewer family members to care for them as they age.

“We are less likely to have children, and that’s a big support for older people. We may have severed ties with biological families,” Dill said. “We’re less likely to reach out to mainstream sources of support because we’re not sure how we’ll be treated. That gets to be a really scary thing if you think they won’t be accepting.”

While the center offers yoga and dance classes, falls prevention sessions and other health and wellness presentations, the majority of SAGE’s programming is socially oriented: potlucks, game nights, art classes and more. These programs are important in keeping older LGBT adults from becoming isolated and give them a safe space where they will not be judged or mistreated.

“Even though it’s social in nature, it’s an important health benefit,” Dill said. “Often, the people that meet through SAGE are the ones that help each other.”

Sandy Davis and Mary Gillen, of Mexico, met through SAGE and married in 2011.

Many LGBT veterans access the Syracuse VA Medical Center, which offers individual, couples and family counseling for LGBT veterans as well as information on legal assistance, tips on navigating the health care system and name and sex changes in medical records.

SAGE is working to improve its outreach to veterans as well. Program Administrator Hannah Radcliff-Hoy said a support group for military veterans is in the works.

“We have a lot of people who did serve — mostly in Vietnam,” she said.

There are 1 million LGBT veterans and 65,000 active duty service members who identify as LGBT, then-Navy Secretary Ray Mabus reported in 2016. According to the 2013 National Transgender Discrimination Survey, 20 percent of transgender respondents had served in the military — twice the general population’s rate of service.

As LGBT representation becomes more mainstream, Radcliff-Hoy said older LGBT adults are finding the terminology to describe their identities and the confidence to come forward.

“People that age are starting to feel comfortable walking into a center and saying, ‘This is who I am,’” Radcliff-Hoy said. “I don’t always agree with her, but Caitlyn Jenner [coming out as transgender in 2015] was big because people saw someone who’s their age.”

While LGBT individuals feel safer coming out on the whole, Central New York can be very conservative, Dill said. She said a participant at a recent SAGE event told her, “In Syracuse, you can’t hold your hand with your partner.” The farther one travels from the city, the more conservative the atmosphere becomes, especially in rural areas.

“People don’t feel safe to come out at all,” Dill said. “It’s a struggle to get people to come [to events] and stay coming.”

While many of SAGE’s events are located in Syracuse, the organization hosts regular potlucks in Watertown, Oswego, Utica and Cortland as well.

‘You could really be yourself’

Sandy Davis and Mary Gillen, of Mexico, met at a SAGE potluck. “She had a partner,” Davis recalled of Gillen, “but I figured that wouldn’t last too long, so I waited.” They married in 2011.

Each woman took a different path to coming out as a lesbian. In her 20s, Gillen was open about her sexuality and socialized with other lesbians. Then, social and religious expectations led her to marry a man in 1970. They had two children and the marriage lasted 27 years.

“After a while, I just couldn’t take it anymore,” she said.

Gillen gathered the courage to tell her family she was a lesbian, and she was pleasantly surprised that her family was mostly accepting and supportive. “Took you long enough,” she recalled her daughter saying.

Finding SAGE gave Gillen a place to connect with people like her who understood the challenges of having been closeted and married, coming out and navigating the social isolation many older LGBT adults face.

“You could really be yourself and make a contribution — no more hiding,” she said.

As for Davis, she came out at age 33, but kept her orientation hidden at work because feared losing her job as a teacher. She knew a few teachers who had been fired for their sexual orientation.

“Being closeted was like having no life, no social life that you could talk about,” she said. “I’m pretty social so it just shut me down.”

It wasn’t until her 50s that Davis began attending SAGE events. It was the first time in her life she had meaningful contact with other gay people, aside from romantic partners.

“In retrospect, I just had so much more energy now that I wasn’t spending it [hiding],” she said. “It’s the full me.”

While Gillen and Davis discovered SAGE later in life, Rob Pusch has been with the organization since before it was officially SAGE. After coming out as a transgender man in 1993, Pusch was already leading a meeting group for trans people. His group merged into SAGE Upstate when the center opened in 1998.

“More people could find SAGE. It was a number they could call,” he said. “One of the biggest advantages is that it’s a visible organization.”

As LGBT people grow out of the college and nightlife scenes, Pusch said, SAGE provides a more mature avenue to meet other people.

“You socialize differently,” Pusch said of getting older. “I don’t feel pressured to go to the crazy bar scene — it’s just hanging out with friends.”

As he was coming to terms with his gender identity in the late 1980s and early ‘90s, Pusch found it “nearly impossible” to connect with other trans people or even to find information about transgender issues.

“Books on trans people were in the darkest corner on the lowest shelf,” he recalled, “a metaphor for how marginalized we are.”

Pusch said many people now understand and accept lesbian, gay and bisexual people, but trans people are still marginalized, especially in the rural areas of Central New York. He said people travel from Oswego, Verona and Rome to attend the twice-monthly trans social group he hosts through SAGE.

Most of the attendees of SAGE’s trans group are 45 or older, but there are a few in-betweeners. With programs in Syracuse, the Mohawk Valley and Northern New York, ACR Health’s Q Center provides services for LGBT youth and their families, while SAGE mostly caters to LGBT people older than 50.

Fortunately, young adult trans people tend to find their own communities as they age, but Pusch said spending time with older trans people shows the next generation that it is possible to live a happy, successful life after transition.

“Just seeing that there were people who could do this made it possible,” he said.