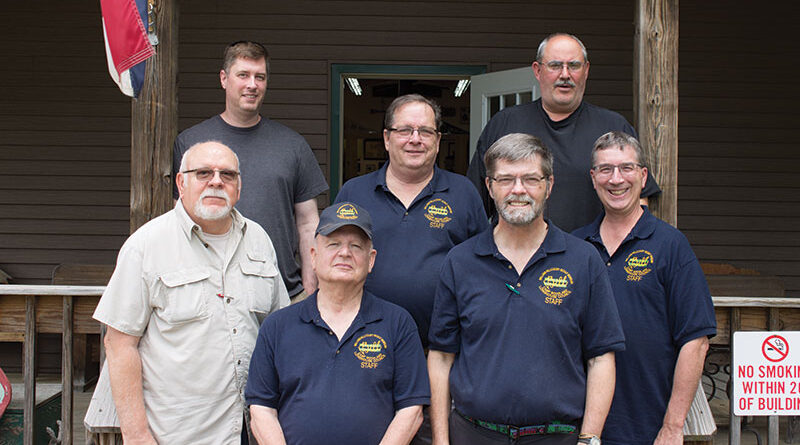 The William Hillcourt Scout Museum and Carson Buck Memorial Library is located in Constantia. Its mission is to preserve the history of Boy Scouting in Central New York. In September, it will celebrate its 30th anniversary.

“I am the museum archivist and the Longhouse Council Historian. Steve Austin is the chairman of the museum committee. Curt Carpenter is the curator and Mike Kane is the assistant curator,” said John Binkowski. “We are all Eagle Scouts, as are many of the committee members, who have developed a lifelong love of scouting. I have been associated with the museum for about 20 years.”

The museum has preserved the history of scouting in Central New York for future generations, he added.

“It is amazing to see the dream from 30 years ago of creating a museum to preserve scouting history for Central New York become the jewel that it is today,” said Austin, the chairman of the museum committee.

“As an Eagle Scout, scouting has been a major influence in my life and the museum is a way to honor the traditions of scouting that have existed for 110 years.”

The museum, located on the grounds of Camp Woodland, 491 Kibbie Lake Road, is celebrating its 30th anniversary Sept. 25 at the site. It will be an informal get-together with a few speeches and refreshments.

The museum is named for William “Green Bar Bill” Hillcourt. He was very influential in the national and worldwide scouting movement from the 1930s until his death in 1992, Binkowski explained.

Carson Buck was a prominent local scouter. Hillcourt was close friends with Buck and resided at Buck’s home for many years before his death, Binkowski added.

According to curator Carpenter, the fact that the William Hillcourt Scout Museum has gone from a single room to what it is now shows how relevant the place is. “[It] makes me proud of the staff that gives so much of their time as well as the dedicated scouters who came before us. As curator I have always tried to make our displays interesting and that the experience is fun as well as instructive,” Carpenter added. “I would also like to thank those who have donated items and money that has kept us going for 30 years. Come visit us and see for yourself.”

The museum is run by a committee of volunteers.

“The chairman of this committee is the head person,” Binkowski explained. “Other committee members are chosen by the committee for roles such as curator, archivist, maintenance person etc. Each person has a written job description.”

The museum is open from 10 a.m. to 3 p.m. every Saturday, except on holiday weekends,

“It’s difficult to estimate attendance. Some weekends we may have only one or two people visit; but if there is an activity in camp, we may have a hundred come through,” Binkowski said. “Let’s say at least a 1,000 a year.”

There is no admission fee. They have been fortunate to receive some large donations.

“We also have a small trading post where we sell items that do not fit the museum’s needs such as duplicate patches or items from other scout councils,” Binkowski said. “Although we are part of the scout council we receive no funding from them.”

Almost all display items are donated. It’s surprising how many people want their scouting items and memories preserved, he said, adding that “Very occasionally we will purchase a very historically important piece.”

“It’s amazing how the museum has grown in the last 30 years. It has had a huge impact on people with a scouting background considering all the materials that are donated to preserve Scouting’s past,” assistant curator Kane said.

The idea of a museum began as casual conversations between David Brown, Tom Wallace and Bill McGee in the mid-1980s.

McGee was an advisory board member of the Lee Scouting Museum in New Hampshire since 1980 and Brown wanted his input.

The advice given was: “Unless you have a council executive who is 100% behind the museum, don’t bother.”

In 1990, Bill Moran was the Hiawatha Council’s new council executive. He had been a district executive at Daniel Webster Council in New Hampshire and had seen their Lee Museum start up and grow. He was 100% behind a museum starting in Central New York.

Oct. 5, 1991, was the official dedication and opening of the Hiawatha Council Scout Museum.

After a merger of Hiawatha Council and Seaway Valley Council (St. Lawrence, Jefferson and Lewis counties) the council name changed.

In June 1999, the committee voted to change the museum’s name to the William Hillcourt Scout Museum and Carson Buck Memorial Library.