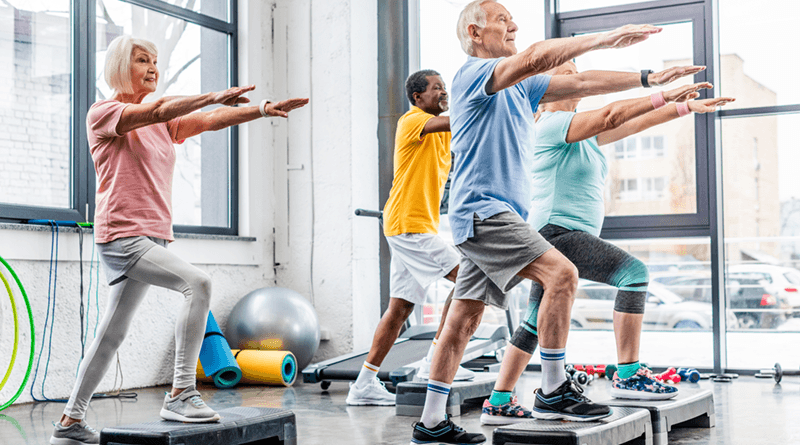 To suggest that Syracuse and the rest of New York state is getting a bit silver around the temples is quite an understatement.

Central New York is among several regions in the state that has shown a significant increase in its population of older adults in the past decade.

With that surge, the number of New York state residents aged 65 and older, 3.2 million, exceeds total populations in 21 different states. In addition, this population of senior citizens statewide grew eight times faster between 2007 and 2017 than New York’s total population, according to a recent report published by the Center for an Urban Future.

The report, which was funded by the AARP and is based on data from the U.S. Census Department’s 2007 and 2017 community surveys, also indicates that during the decade-long period the population of older adults in the city of Syracuse increased by 1,355. The combined senior population of Onondaga and Cayuga counties increased by 9,632, while the population of residents under 65 in those two counties decreased by 71,909 people.

All told, there are more folks in New York state 65 and older than there are children under the age of 13, according to the report.

For the city of Syracuse, the growth of the older adult population totaled 9% in the 10-year period. While this is a smaller jump than most other parts of New York state, the report said, it still outpaced the overall population growth of the city, which was only 2%.

The report specified that the growth pertained to those between the ages of 65 and 84, while the number of Salt City residents 85 and up actually decreased by 22% during the 10-year period.

In addition, the immigrant-born population of the older adults in Syracuse increased by 1% from 2007 to 2017, accounting for 10% of that demographic.

Twenty-two percent of Syracuse’s older population is African-American, the fourth highest share of any city in New York state. In fact, the population of African-Americans in Syracuse 65 and up increased by 59%, from 2,142 in 2007, to 3,398 in 2017.

“With older New Yorkers driving population growth standards, the state will have to do more to support comprehensive and effective older adult services in the years ahead. At the same time, local officials in cities and counties across New York should be doing more to plan for the aging of their populations and make sure new programs and policies are in place to ensure older adults can thrive across multiple generations,” the report said.

Robert O’Connor, a legislative coordinator for the AARP who lives in Fayetteville, said the report reflects a natural progression in that the baby boomers is easily the fastest-growing group in terms of population, followed by millennials, or those between the ages of 19 and 34.

The population growth of these groups — baby boomers and millennials — outpaces the two age groups in between, generation X and generation Y. While the millennials tend to be more educated and will help grow technological fields that will improve the local economy, the shrinking population of middle-aged residents means there may not be enough direct caregivers to help out the youngest and oldest residents of Central New York in the years to come.

“You’re going to see it on both ends — a shortage of day care providers for the children, and not enough people to help care for the elderly,” said O’Connor, 83, adding that he and thousands of other seniors chose to remain in Central New York after retirement because of the availability of quality affordable housing and health care.

In 2014, the year that the last of the baby boomers turned 50, the AARP published a report that indicated more than 20% of workers in Onondaga County over the age of 50 worried about never being able to retire, and many of those surveyed feared that they would have to leave New York State in order to sustain employment.

“But we’ve found that, since then, many people have lost their retirement plans and can’t even afford to move,” O’Connor said.

He worries that age discrimination for job seekers is becoming a growing problem. He challenges employers to be open minded about flexible schedules that benefit senior citizens in the work force, and to place more value on the wisdom graybeards can offer.

“There’s more to having a well-rounded work force than just looking for people who have technical knowledge,” O’Connor said.

O’Connor advocates creating or expanding retirement plans that would be offered to large pools of workers, similar to how 529 college savings plans work for the huge population of parents who invest in it.

He thinks the state’s Paid Family Leave Act (up to 10 weeks at 55% of pay) will help New York’s aging population, but he thinks there should also be a tax credit for caregivers who provide transportation services to senior citizens, or who purchase special equipment to transport seniors or to help them stay in their homes.

Most importantly, O’Connor says, residents need to be made aware of what agencies and services are already in place to help out older adults.

“People wait until there’s a crisis,” he said, “but that’s too late.”

Peter Headd, commissioner of the Onondaga County Office for the Aging, is already well aware that the population growth of senior citizens here is outpacing that of the other age groups. His agency, in cooperation with about 50 different partnering organizations, has started a needs assessment as part of a four-year plan to improve the quality of life for older adults in this area. The ultimate goal, he said, “is to keep people in their homes as long as it’s safe to be there, and as long as they want to be there.”

He said access to transportation for older adults in Central New York is better than many other areas of the state, “but it’s still not good enough.” Services could be more affordable if there was more competition, which would drive the going rates down. More ride-sharing programs should be created.

In addition, Headd said, local agencies need to reach out to more senior citizens who are living in isolation, and help them get together with friends more often or make new friends. Depression can lead to poor health.

There is also a tremendous need to give low-income seniors access to better nutrition. And as always, elder abuse, whether physical, emotional or financial, continues to be a major problem in Central New York, Headd said.

He would like to see more affordable housing for Onondaga County residents over the age of 65. Mixed-use apartment building located near medical offices, pharmacies, stores and eateries would be ideal.

Headd said the Office for the Aging has provided services to about 13,000 of the country’s 90,000 residents who are over 65. The agency won’t be satisfied until it helps out everyone in that category, but in doing so the level of funding needs to increase as the population it serves continues to expand.

“In general, more and more seniors are living longer and longer. Their needs get more and more complex,” Headd said. “This is going to get much more serious before it gets resolved. This is not a short-term situation.”