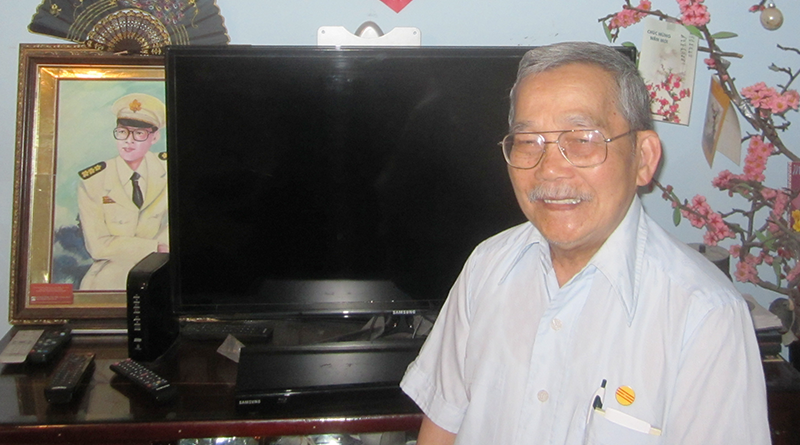 ‘2016 Esteemed Elder’ winner fought along Americans during the Vietnam War

Vinh Dang is a 20-year Syracuse resident who was once a captain in the South Vietnam military. He served alongside the American military in the Vietnam War and served time in jail. In the early 1980 he was released and eventually made his way to the U.S.

A founding member of the Vietnamese Senior Association, he was recently awarded the 2016 Onondaga County Older American Award under the category of Esteemed Elder. Dang served Neighborhood Advisors in Syracuse for almost seven years and took a volunteer position as adviser at the organization’s community executive committee where he continues to work. He also worked with Onondaga County officials to grant a proclamation to recognize the former South Vietnamese flag as a symbol of freedom for those who fought alongside America in the Vietnam War to be recognized for their service and sacrifice.

Q. Tell me about being a soldier for the Republic of Vietnam.

A. Yes, I was in the army. I entered in 1965. When the U.S. Army entered Vietnam it was the commencement of the war. I served with the army for 10 years. In 1975, during the collapse of Saigon I was arrested by the communists and for seven and a half years I was in a detention camp. The detention center was horrible. They worked us like the water buffalo [which usually pulled carts]. It was very cruel. Many of my friends died. I was released in 1982 and for 10 years I worked as a farmer in Vietnam. After that I came to the U.S. in 1996.

A. After an agreement between Hanoi and Washington they released all the prisoners. Those who spent at least three years in the detention camp went to America. We have at least 300,000 South Vietnamese veterans in America. There’s some in Australia, Canada and Europe, too. Many escaped Vietnam by boat.

Q. Why do you volunteer?

A. When I came to America I benefited from social programs. I didn’t have a job because at the time I was older than 65 — both my wife and I. Instead I’ve worked to help the Vietnamese community here in Syracuse. Together we try to protect the freedom of the Vietnamese community overseas, because after the fall of Saigon, the Republic of Vietnam, many peoples — and especially soldiers and officials of the local government — were mistreated and discriminated against. We stand for freedom, equality and human rights. The situation has not changed since then.

Q. How do you feel about being named the Esteemed Elder?

A. It was a good occasion for a Vietnamese soldier and the community with all the Vietnamese refugees here. As I share with my community I always remind them I was a soldier and our old flag’s motto was “country,” “honor,” and “responsibility.” We lost as a country. We lost as a republic. We lost everything. We practice our country’s freedom right here. We must keep the motto evidently and permanently to serve the people, to help people. I have been volunteering to serve the community 20 years now. I did everything for the betterment of my community.

Q. Have you been back to Vietnam?

A. One time I went back to Vietnam in 2001. My son had passed away. He was a government official — a very talented young man. He died of lung cancer. I have four sons and three daughters. Now they’re all in their 40s. Half of my family is back in Vietnam. I miss them. I have grandchildren, too. The youngest is 7 years old. My youngest son is in New York City and he has two sons.

Q. How did you end up in Syracuse?

A. At first when I came to the U. S. A. I didn’t know where to go or where to get a bed. When I found shelter in Syracuse I thought it was good, but very cold. But everything here is very good. When I came to America I spoke very little English, but I had a tutor for 12 years until she moved to Illinois. Over the years I learned from her and she helped me and through experience my understanding of English got better little by little.

Q. Is there a big Vietnamese community in Syracuse?

A. We were about 3,000 people, but many have moved south because of the weather here — too cold. Now I think there’s about 2,000. On Park Street we have a temple of Buddhism

Q. What’s the future for Vietnam and the Vietnamese community?

A. I think it’s somber. Sometimes I can’t sleep. I think about my nation’s situation with a possible invasion of the Chinese. I don’t know why the men of the Hanoi government don’t do more to protect the nation. There’s two islands and day-by-day, step-by-step the Chinese are occupying them.