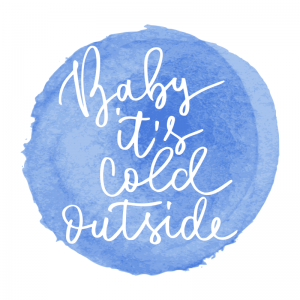 You probably heard the ruckus raised a few months ago when a Cleveland radio station decided to ban the traditional Christmas time song “Baby, It’s Cold Outside,” one of the more outlandish manifestations of the MeToo movement.

Several other radio stations and CBC Music pulled the song from their playlists, too. After numerous complaints of censorship, including a highly visible campaign by Star Trek star William Shatner, CBC restored the song to its Christmas lineup.

I want to make it perfectly clear that I support the ongoing efforts of women and men calling attention to sexual abuse, date-rape and bullying in the workplace. Sometimes, however, even the best of intentions are misguided and get off track.

I see this as one of these cases.

As with many nationwide controversies where something is banned or censored, interest soars. As one news outlet said, the song “may be getting the cold shoulder from some listeners, but the uptick in sales and streaming shows that many people are still enjoying the holiday classic.”

Of course, let’s not forget the curiosity factor. Some younger people who had never heard the song wanted to hear the lyrics for themselves to see what all the hubbub was about.

I played the song for my grandson and his girlfriend, both 23, and they looked at each other, shrugged and wondered what all the fuss was about.

The song was written nearly 75 years ago by famed songwriter Frank Loesser, but it really caught on five years later when it was performed in the 1949 film “Neptune’s Daughter” starring swimming star Esther Williams and Latin heartthrob Ricardo Montalban. The song won that year’s Academy Award for best song in a motion picture.

If you remember the song, you will recall that there is no mention of a specific holiday, but because of its winter theme, it caught on as one of the traditional Christmastime melodies.

Eight recordings were released in 1949 after the film’s release, and there have been more than 30 more versions recorded since then. One of the most popular features Dean Martin and Marilyn Maxwell. Sales of this 1959 version of the song soared by 54 percent to 8.2 million streams in one week in December.

Responding to the controversy, Martin’s daughter, Deana, said her father “would be going insane” if he were alive and heard that the stations had banned the song.

So what prompted this censorship? Executives at WDOK in Cleveland and KOIT in San Francisco said some listeners complained that the song contained lyrics that sent the wrong message about consent.

The first time I heard the song as a teenager, I thought it was cute, a little on the flirty side with this back and forth over whether the woman should spend the night as her companion suggests or whether she should stick to the conventions of the day and go forth into that stormy, windy and snowy blizzard.

She’s torn over what her parents and the neighbors would think if she stayed, but it is so horrible out there. We never know for sure what she decided, but it is implied that she stayed. Naturally, as was the case in the ‘40s and ‘50s, we are left with our own imagination as to what might have happened after that.

The banning of the recording did not go over well. After days of backlash from outraged listeners, KOIT relented and returned the song to its holiday offerings. “After hearing from thousands of Bay Area listeners via polling, phone calls, emails and social media, KOIT concluded that the vast majority consider the song to be a valuable part of their holiday tradition, and they still want to hear it on the radio,” the station said in a statement.

Let’s examine some of the lyrics in this duet — regular type is what the female sings; italics represent the male rejoinders:

I really can’t stay (But baby it’s cold outside)

This evening has been… (Been hopin’ that you’d drop in)

My mother will start to worry (Beautiful, what’s your hurry?)

Well, maybe just a half a drink more (Put some records on while I pour)

The neighbors might think… (Baby, its bad out there)

Say, what’s in this drink? (No cabs to be had out there)

Some complaints centered around the woman’s question of what was in the drink. In modern times, of course, the first thought is that the man spiked her drink, but back in the ‘40s when the song was written, the question implies that the drink is stronger than she expected or a cover pretending that she was not expecting alcohol.

In that era, it was considered scandalous for a single woman to stay overnight with a man. The woman is torn between abiding by the social norms of the day and her fondness for her date. Let’s not forget about that raging snowstorm outside, too.

Later in the song, there is this exchange, which also brought complaints from some listeners:

I simply must go (But baby, it’s cold outside)

The answer is `no’ (But baby, it’s cold outside)

The concern is that the woman has said “no,” but her companion keeps insisting that it’s cold outside and that she should stay.

The way people react to the lyrics seems to have become an annual pastime and obsession. Some call “Baby, It’s Cold Outside” the “date-rape anthem,” while others roll their eyes and urge the critics to “get a life.”