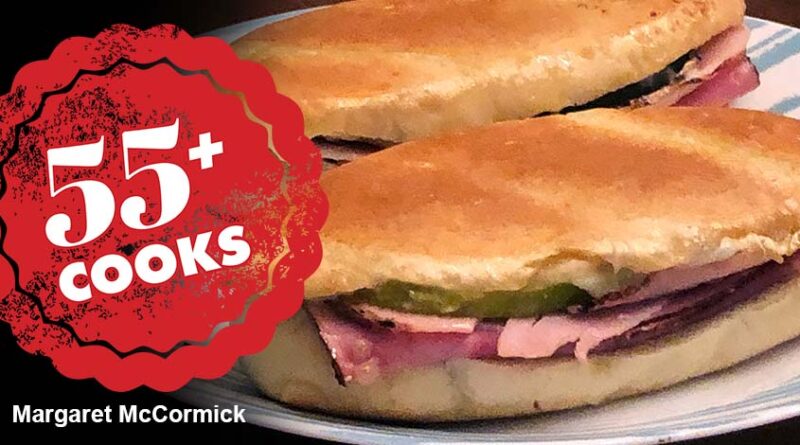 He’s a husband (he and his wife, Kimberly, have been married 37 years) and a father with six adult children. He has lived in Central New York since 1968.

Frodelius plays acoustic and electric guitar, and over the years has served as lead singer and rhythm guitarist for several local bands. He typically plays more than 300 shows a year.

When he’s not working, you can often find him at his kitchen in his home on the east side of Syracuse. Frodelius, 58, has been cooking for his family since 2009 and estimates he has made more than a thousand recipes in that time. Just as he performs various genres of music — from calypso and rhythm and blues to pop, jazz and country tunes — he experiments with different types of cooking.

“I especially enjoy making different foods from around the world and own about 50 cookbooks,’’ he says.

How did you learn to cook? “After eating a lot of frozen, canned and boxed foods over the years — I grew up with it — I finally decided to make healthier dinners for our family. After doing some research on cookbooks, I decided to buy ‘The New Best Recipe’ by Cook’s Illustrated back in 2009. I started with the appetizers section and never looked back.”

How would you describe your cooking style? “Intuitive. After making a few thousand different recipes, I can generally tell how a dish will taste just by reading the ingredient list. I can usually spot where an ingredient will need to be increased or cut back. As well, I’ve grown to know how my cookware works. I use a gas stove to achieve the best results. There are times when I forget to set a timer, but I always seem to sense when to stop the cooking process or flip a piece of meat.’’

What’s your favorite thing to cook on a weeknight? “Usually, a combination of a protein and a vegetable. Something fairly simple that can be done in 30 minutes or less is best, especially after a long day. Lately, I’ve been doing chicken, pork or shrimp sauteed with a light sauce, and roasted vegetables like broccoli or asparagus or an occasional starch like potatoes. If I know I’m going to be pressed for time, I will start a chili or stew in my Instant Pot earlier in the day.’’

What do you like to cook when family/friends come over? “Some of the favorites have been shepherd’s pie, Mediterranean fish stew, black bean chili, chicken Provençal and potato leek soup.

Basically, something prepared in one pot that everyone can share easily. I also suggest a beverage pairing to go with the meal. I keep a selection of beers, wines and spirits for cocktails available.”

What have you been cooking during the pandemic? “I’ve been trying to make less complicated meals since I am not always guaranteed to find the ingredients I might need at the store. With the cost of groceries also going up, I’ve limited the amount of beef we have to a few times a month. We always buy organic meat, if possible, the difference in flavor is well worth the extra cost. As for experimenting, I have made a few things with what we have on hand in our pantry or freezer. You can almost never go wrong with chili.’’

Favorite recipe resource? “Pretty much any of the America’s Test Kitchen or Cook’s Illustrated books. But I also have several keto, Mediterranean diet, vegan and place-specific cookbooks, such as Hawaiian, New Orleans and Japanese cuisines.”

Favorite place to shop? “Wegmans in DeWitt. Ninety-nine times out of 100 they will have what I’m looking for. For Middle Eastern ingredients, I go to Oasis Mediterranean Market on Erie Boulevard.’’

Any advice for other cooks? “Have the proper cooking utensils. My necessary tools are a small chef’s knife, large chef’s knife, cutting board, tongs, non-stick pans, Dutch oven, and a vegetable chopper. Also, make sure to use quality oils, spices and vinegars. You generally pay for what you get. Lastly, have fun with it. Not every recipe will wow you, but you will learn something from each one you make.’’

For more information on Blair Frodelius and his music, go to http://blairfrodelius.wordpress.com

If you can’t fit all four sandwiches in the skillet at once, cook them in batches and hold the first batch in a warm oven. (Or you can use a nonstick griddle or panini press.) —Blair Frodelius

Heat both a 12-inch nonstick skillet and a large Dutch oven over medium-low heat for four minutes.