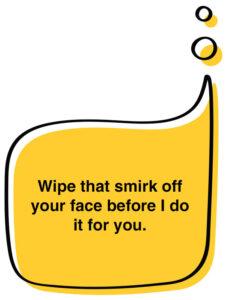 If you are approximately my age (82), you probably have heard the expression, maybe even used it, “from here to Timbuktu.” It generally is a reference to a remote, faraway place.

Timbuktu conjures up fabled images of long camel caravans, a place so remote it seems it might be at the end of the earth.

Growing up, I always thought that “Timbuktu” was mythical, a fantasy, not real. Imagine my surprise when I found out that Timbuktu is a real city of about 32,000 in the West African nation of Mali.

The fascination with this term largely came from my father’s occasional admonition when I misbehaved. “If you don’t wise up,” he would say, “I’ll kick your ass from here to Timbuktu.”

When I found out that Timbuktu was 4,578 miles from my hometown in Eastern Pennsylvania, I thought to myself that this would have been some experience for my posterior.

All of us have gone through our time at home growing up surrounded by strange and interesting phrases such as this, so I am hoping that this column will help jog your memory in reflection of some on your youthful homefront expressions that your parents or relatives used.

Admittedly, some of these memories might not be all that pleasant. On those few occasions when my dad did try to “kick” my butt from “here to Timbuktu,” it didn’t go quite that far, but the pain felt as if it did.

My father, an immigrant who spoke broken English all of my life, would generally make his discontent known in Italian. When angered, my father would let out a string of unmentionable words in Italian, which when translated into English would either lose their punch or didn’t make much sense.

But it was the way in which he would say them. His eyes became intent on the “victim” — usually me; he would grit his teeth, and his lips would curl up in a snarl.

Then he would let go with these epithets, such as “cane d’Ostia; brute bestia; Dio maledetto figlio de diavolo.” (Dog of Ostia, ugly beast, God damn evil son of the devil.)

When my mom refused to let me go somewhere or to some event, I would plead my case by pointing out that “all of my friends will be there.” Her reply was: “If someone asked you to jump off a cliff, would you?”

I would regularly beg and nag my mother to reverse her original decision, not once but multiple times. I always got the same answer: “If I told you once, I’ve told you a thousand times: The answer is still ‘no.’” 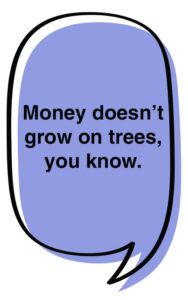 I had a bad habit of not closing the door when I would come into the house. My mother’s admonition was typically, “Close the door; you weren’t born in a barn, you know.”

When we got our first television set in 1950 — a 12-inch RCA — I was fascinated with this new-fangled gadget and would sit on the floor about a foot from the set for hours, mesmerized by watching even test patterns. My mother warned that if I did this too long I could go blind.

Growing up, I hated carrots, but my mother insisted that I had to eat them. Sometimes she and I had a tug of wills to see who could outlast the other. She generally won, because she was convinced that carrots would improve my eyesight. All I saw was red through the glasses I have been wearing most of my adult life.

The rule in our house is that I stayed at the table until I finished all of my meal, even if I didn’t like what my mother had made. She tried to cajole me in different ways. One of her favorites was this: “You know, there are people in China who are starving and would love to eat this.” I made the mistake once of telling her to pack it up and send it there because I hated it.

When my parents wanted to point out some of the hardships they went through when they were growing up compared to how easy I had it, it was prefaced by “Back in my day…” Oh, my God, now I am using a similar phrase with my children and grandchildren.

As a toddler, I would sometimes try the “crying jag” routine to get my way. My mother abruptly ended this tactic by telling me: “Stop crying or I’ll really give you something to cry about.”

I did chores and worked in my parents’ corner grocery store, and for this I would get a small allowance. If on occasion I asked for more to buy something special, I would sometimes get a mini-lecture: “Money doesn’t grow on trees, you know.”

When I was a junior in high school in 1956, I would annoy my mother no end when a contemporary recording featuring Patience and Prudence came out. It was called “The Money Tree.” “See, mom,” I joked as the song played on the radio, “money does grow on trees after all.” She was not amused.

After I turned 18 but was still living with my parents, I came home after 2 a.m. one night — two hours past my “curfew” — and got an earful from my mother. “But, Mom,” I pleaded, “I’m considered an adult now.” She laid down the law: “As long as you’re living under our roof, you live by our rules.”

After picking up a few “dirty” words at school one day when I was about 8 years old, I came home and used the word “shit” in front of my mother. She grabbed me by the hand, marched me to the kitchen sink where she administered a purifying “antidote” with a bar of soap for my indiscretion.

“Anytime you use language like that,” she bellowed to make her point clear, “you’re going to get your mouth washed out with soap, or maybe even worse.” That was the last time I ever used any out-of-the-way words in front of my parents.

On the occasions when I felt that the “sentence” didn’t fit the “crime,” and I protested, my mother’s rejoinder was always the same: “You brought this on yourself” or “life sometimes isn’t fair.” 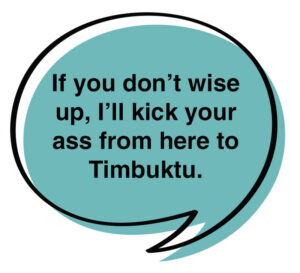 If my mother felt that her admonitions about the same topic went unheeded, she would in exasperation say, “Talking to you is like talking to a brick wall.”

Under most circumstances, my mother was perfectly capable of handling the disciplinary duties in our home, but there were a few times — I can count them on one hand — where she would call for reinforcements, my father.

My father had enormous hands. I swear that one swat could rewire my brain. I had to use extreme caution that I never pushed my mother to the point where I heard the dreaded words: “Wait till I tell your father what you did.”

I am a believer in the famous Alexander Pope couplet: “We think our fathers fools, so wise we grow; our wiser sons no doubt will think us so.” When I failed to pull something over on my mother, she said with a sly smile, “I wasn’t born yesterday, you know.”

On occasion while my mother was trying to lecture me, I couldn’t help but smirk. This would enrage her to say: “Wipe that smirk off your face before I do it for you.”

Finally, during our Sunday afternoon drives in our 1949 Buick Roadmaster to visit relatives, if I behaved badly in the back seat and would not respond to warnings and threats, my father would end my rebellion by saying, “Don’t make me pull this car over.”