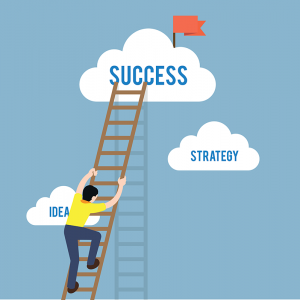 The American Dream is generally only available to those who work for it — not those who consider it an entitlement. The only thing that our great country guarantees is opportunity.

Today, America finds itself in a pending trade war with China, the world’s second largest economy. However, the real battle will be technological superiority in a world that will be ruled by technology. Actually, there is much more to it than that. Wendy Wang, director of research at the Institute for Family Studies, tells us, “I learned from my Chinese parents at an early age the importance of working hard and getting a good education before beginning a family. Having a child outside marriage never crossed my mind. Even today less than 4 percent of births in China are out of wedlock — and the same is true in India, Japan, and South Korea. The steps to success run through education, work and marriage — in that order.”

The last time I lectured at Syracuse University’s engineering school on my book, “Memoirs of an Entrepreneur”, more than half of the students who sat in the session were Asian. Later, at the book signing, most of them came forward and enthusiastically asked questions. Most planned on staying in America and working in a free environment.

While it is an inescapable fact that college graduates generally have higher incomes, you don’t have to have a Ph.D. from MIT to make a good living. There is an old story about the doctor who hired a plumber to fix his leaking toilet. The plumber fixed the leak and handed his customer a bill for several hundred dollars. The doctor quipped, “I don’t make that kind of money in my business.” The plumber said, ”Neither did I when I was a doctor.”

Now that our economy is picking up steam and unemployment is at its lowest level in decades, our labor unions are finding that there is a severe shortage of skilled workers to build our cars and trucks and airplanes and infrastructure. Not every young person can benefit from a college education and not every family can afford sending their children to college. For those, trade schools provide the answer by pouring useful skills into young men and women who can go and use directly on a job. Usually, there are long lists of employers waiting to hire the graduates.

The third and final step of a successful and fruitful life is family upbringing. Our nation is rapidly failing in that arena. The sad statistic is that almost 50 percent of the children born in America today are either born out of wedlock or into broken marriages. These children have two strikes against them from the outset. Many of our politicians mourn about inequality but the solution to this problem lies not with entitlement programs but with education, hard work and good old Yankee ingenuity.

The family is still at the core of all civilized and industrialized countries, and our core is drifting. We need a steady hand at the helm as well as a steady head of every family. I fear for our country if we cannot achieve this in the 21st century.