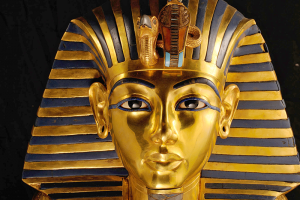 The greatest internet fad these days is tracking down your ancestors to find out who you are and where you came from. The advent of forensic science coupled with ever-more sophisticated DNA tracking can reveal your race and what part of the world you came from. Just a sample of your bodily fluid is all it takes to begin an ancestral journey into the past.

Thus, an advertisement in National Geographic led my daughter to a service they provide for a “Geno DNA Link,” which includes a cup with preservative they mailed to a male member of our clan (my oldest son), to expectorate (spit) into and return. The reason being that male DNA includes both ‘X’ and ‘Y’ chromosomes whereas female DNA has only ‘X’ chromosomes.

The ancestral journey begins in Africa for our species. This is where we evolved and where our species spent the most time on Earth. Our species have since migrated to every corner of the globe — a journey that is written into our DNA. These “genius matches” go back 120,000 years.

One of the outstanding members includes Pharaoh Tutankhamun (King Tut, 1341 BC-1323 BC). Not much is known about this leader other than he was possibly as young as 9 when he took power. He ruled at the height of the empire. During his time, he rejected some of the radical religious beliefs of his predecessors. King Tut was physically weak and also stricken with malaria which undoubtedly led to his early demise at the age of 18.

An outstanding female ancestor of our clan was Marie Antoinette (1755-1783). She was one of the most famous leaders (turned villain) of recent history. Antoinette was attributed with the famous phrase, “let them eat cake”— supposedly uttered in response to the poverty of France. She is untimely remembered for her death by guillotine in the center of Paris.

A more recent ancestor of the Miller clan — whom we can more readably relate to — is Benjamin Franklin (1706-1790). Ben Franklin was one of the founding fathers of America and also a writer (perhaps I inherited some of my writing skills from good ol’ Ben). He was also a publisher, physicist, naturalist and economist. His name is synonymous with wealth and his picture is on the $100 bill. Franklin is also credited with harnessing the power of electricity, a concept that completely changed the world as we know it.

The Miller clan is mongrelized (if there is such a word) to a higher degree than most and largely came from Western Europe. My parents came from Holland, France, England and some say my mother had some Eskimo blood in her veins but she vehemently denied it and there was no indication of it in the geno match provided.

My wife Janet’s parents came from Ireland and Germany. Mongrel species are much better than the inbred species of Asia as corroborated in the 24-page genographic report we received. I intend to agree because my childhood dog Snooky (half Spaniel, half Collie) was the smartest and most beautiful dog our clan has ever had.