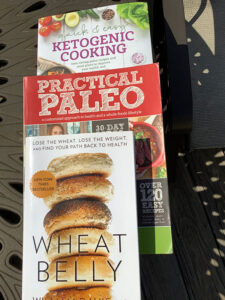 I was the pudgy kid. The last one chosen for the team, the one beaten up on the playground and the butt of jokes.

Being the only kid in the whole elementary school whose mother walked two blocks every day to bring her a glass of milk during recess didn’t help. The goal was to fatten me up and she succeeded.

I was a Jewish mother’s dream. When my future husband brought me home for dinner, his mother loved me. Why not? I ate everything she served and asked for seconds. When we sent out for pizza, I had to have a whole one for myself. Actually, with some modifications, I still do.

A therapist would probably say it’s no surprise I have an obsession with my weight and why I have been on practically every diet known to modern man. If you include the paleo diet, then ancient man, too.

My theory is that if you were a fat kid, you can be a twig now, but when you look in the mirror that 12-year-old you is still looking back.

Around 16 my first diet was the grapefruit and eggs diet. I did lose weight. Then I yo-yoed for years. In the 1960s, a veterinarian friend wrote me a prescription for diet pills under the name, “Bowser Pinsky.”

My guess is that those pills are what is now known as speed. My house was never as clean as it was when I was taking those pills. I was a nervous wreck and couldn’t settle down for a minute. Even as much as I liked being thin, I knew those pills were not the way to get there. So I got off them and, of course, got chubby again.

The problem is that I just love to eat.

My kid’s friends remember visiting and watching me eat spaghetti sauce out of the jar and that crappy ready-made icing out of the can. My weakness was sweets. I would go from eating the icing off whole cakes to months of eating only vegetables. Then to only eating meat and sticks of butter on my way to only eating things with feathers that formerly clucked or quacked.

In the late 1990s I followed the Dr. Atkins Diet and did a lot of cooking on my George Foreman grill. George and I did really well eating a lot of meat. Not so much Dr. Atkins. He slipped on the ice outside his office, hit his head and died. There were rumors that he really died because of the diet and that he was overweight and had heart problems (proven to be false). But I ended that diet because of all the talk about it not being healthy.

Then I was on Dr. Tarnover’s Scarsdale Diet. I scooped. I measured. I made sure to eat protein, fat and carbs in the right proportions. I lost weight one month and put it back again the next. I didn’t have such good luck on that diet. But, but poor Dr. Tarnover’s luck was worse. He was killed by his lover. That wasn’t such great publicity for the diet, but I guess some people get really upset when the diet doesn’t work for them.

Next, and for a long time, was Weight Watchers. I became a life member. I loved the meetings and the people as we were all going through the same struggle. They’re still going strong and it seems to work for many.

If I remember correctly, around 2010 is when I started the Wheat Belly Diet. I had awful stomach pains for years and tests didn’t show up anything. My daughter had read the Wheat Belly book and said, “Mom, maybe you’re gluten intolerant?” So I read the book and sure enough, giving up flour and all wheat products did the trick.

So with a few tweaks here and there, no dairy either, I’ve basically stayed the same weight for years. I’ve traveled to places where I should have been more careful about what I ate, but each few weeks of sickness ended up in a loss of five pounds.

Not a diet I would recommend.

Now I’m reading about microbiomes and I guess that will be a fad pretty soon. And I also predict I’ll buy that book, too.