Nobody is scam-proof. Not even you

In our modern society, scams against senior citizens are common. The over-55 generation has to be especially alert. I was reading about such scams and was amazed to see the variety and ingenuity involved. The National Council on Aging has identified some of the most prevalent scams on the elderly. Here are a few of them. 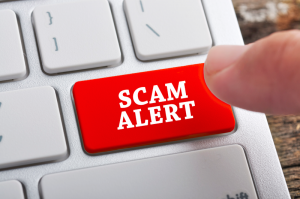 3. Funeral and cemetery scams. Strangers spot an obituary and show up at a funeral. They then claim that the deceased owes them money, and the try to extort the money from relatives. In another common scam, disreputable funeral homes insist on an expensive casket even for cremations which require only a cardboard casket.

4. Fraudulent anti-aging products. Scammers sell useless products to seniors who are eager to use such products to stay young and beautiful.

5. Telemarketing/phone scams. Scammers sell senior citizens fake products, or the scammer talks the senior citizen into sending money to help a relative who is falsely said to be in the hospital.

6. Internet fraud. Scammers fool seniors into thinking their computer has been infected with a virus, and they offer to fix the problem for a fee. In another scam, seniors are told they have to update or verify their personal information.

7. Investment schemes. A great variety of such schemes are designed to obtain money from seniors.

8. Homeowner/reverse mortgage scams. Scammers pretend to represent the county’s assessor’s office and offer to reassess a homeowner’s property for a substantial fee. In another scam, scammers pressure seniors to obtain reverse mortgages.

9. Sweepstakes and lottery scams. Seniors are told by scammers that they have won a sweepstakes of some kind. The seniors are asked to send a payment to make the prize available.

There are many other scams on seniors. When I read about these scams, I asked myself, “How could anyone be stupid enough to fall for these schemes?”

A few days ago, I received an urgent phone call from my grandson, Keith. “Grandpa. I have a problem. I’m in jail. I had one drink too many last night and I had a car accident. A lady in front of me stopped short, and I crashed into her car and did damage to both cars. Nobody was hurt, but my alcohol level was above the legal limit, so I’m in jail for DWI for a few days until the insurance company can pay the $2,850 in damages. I don’t want my mom or dad to know, so I’m calling you to help me get out of here soon. I’ll put my lawyer on the phone and he will explain it to you.” “Keith, your voice doesn’t sound like you?” “I broke my nose and can’t talk easily,” he replied.

I then talked to the “lawyer.” He said that Keith would have to stay in jail a few day until the insurance company paid for the damages. “Keith wants to get out of jail today, but the police station doesn’t take credit cards. The only solution is for you to go to Best Buy and get three $1,000 gift cards. Then call me back with the confirmation numbers. I’ll give Keith the rest of the money above $2,850. Make sure that you don’t tell anyone, especially Best Buy. They don’t like this kind of transaction. Keep the whole incident between you, me and Keith.”

I was shocked with emotion. I immediately drove to the nearest Best Buy store. I had to get Keith out of jail as soon as possible. When I arrived at the parking lot just outside the store, I began to get suspicious. Would the police be a part of such an underhanded scheme? Was Keith really in jail? I phoned Keith. He was at work. He even emailed me a photo of himself to prove that he was really at work and not in jail. Then, I called 911. I was told, “I’ve heard of this scam, but we don’t handle things like that. Here’s a number to call.” I called that number and was told, “We don’t handle these kinds of things. Here’s a number to call.” Finally, I reached the Federal Trade Commission and reported the incident, “This scam is in progress right now,” I said, “I have to call this lawyer back in an hour. Here’s the number. If you act now, you may be able to catch him.” “I’ll record your complaint,” was the reply. It was obvious that there would be no quick action by the FTC.

I drove home. About 30 minutes later, the “lawyer” called me. “Did you take care of it? “Yes,” I replied, “I called the police and my grandson is not in jail, but I hope you will be soon.” He abruptly hung up.”

Ten minutes later, I received a phone call from the fake Keith. “Grandpa, did you get the gift cards?” Of course, I replied, “and I also called the police. “Keith” abruptly hung up.

How stupid can you be to fall for such a scam? As stupid as me, with a Ph.D. in science, about 60 years of teaching science to an estimated 50,000 students, and interacting with many people all over the world. I called the real Keith and said, “I’m glad you are out of jail, and I’m not out $3,000.”

A good outcome was that Keith was very pleased that his grandfather would take immediate and expensive action to help him.