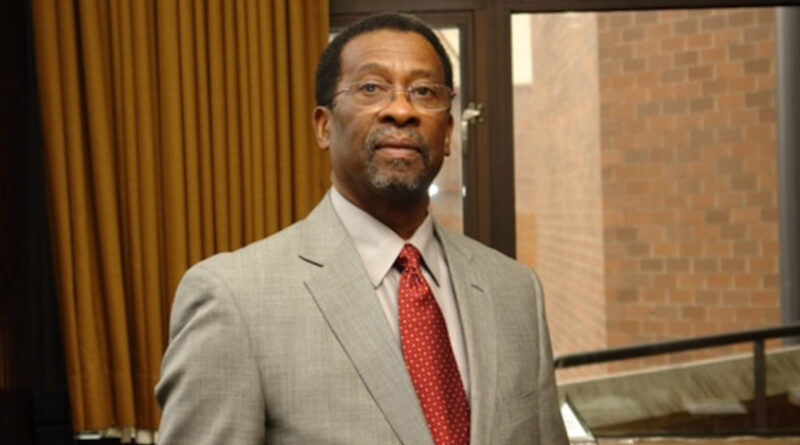 By any account, William Lawrence Pollard is a success.

Most would say Pollard is a “pull-yourself-up-by-the-bootstraps” success. But not Pollard. He believes that his success has come from several men he met in his life, from high school years through to his presidency of two colleges.

His is a lesson in humility and an example for all of us who might have a chance to influence someone else’s life without even knowing the impact we are having.

First, the professional background. A man of many titles, he was known locally for 10 years as dean of Syracuse University School of Social Work. In Washington, D.C., and New York City, he was President Pollard. To his wife, Merriette, he is just Pollard. And to his friends, Bill.

Pollard was serving as dean of the School of Social Work when Syracuse University decided to merge the schools of social work, human development and nursing (now known with additional departments as Falk College) under one dean and he was asked to pull it together, becoming the “super dean.”

While in Syracuse, Merriette was working on her doctorate in the Maxwell School and serving as director of the storied Dunbar Association.

In demand in the community for her policy expertise, she served on several boards, including the Syracuse/Onondaga Aging and Youth board and the board of Syracuse 20-20, while they raised their two sons here.

Then off to Washington, D.C., where Pollard became president of the University of the District of Columbia.  That was followed by a move to New York City and the presidency at CUNY’s Medgar Evers College in Brooklyn and finally back to Syracuse.

They immediately were drawn back into community service, with Bill on the boards of First Tee and Clear Path for Veterans and Merriette serving on St. Joseph’s Hospital board, among others.

“I am not self-made,” said Pollard. “You don’t make it by yourself; you make it because of the people you meet through your life. They influenced me career-wise and they shaped and molded me professionally. They took what I had and pushed me in the right directions.

“I couldn’t have done anything without Sterling Whitener. The son of missionaries who grew up in Mao’s China, Sterling started a radical collaboration between a Black Livingstone College and a white Catawba College in Salisbury, North Carolina. He brought both programs together by insisting that certain courses were only taught on one campus or the other. Those were the years, 1968-69 when Vietnam and the Black Power movement were happening. I was about to graduate with my master of social work degree when my adviser introduced me to Sterling, who hired me to teach three courses. Then I got a letter to report for my military physical, which I passed and was ordered to report for service. Goodbye career and school — until Sterling stepped in and made sure that my contract to teach got me an occupational deferment.

“First and foremost, as a youth I went to the only Black Presbyterian Church in Raleigh, where two ministers ignited my passion for community service. First was Pastor Oscar McCloud. He really supported youth development programming in the church and because of him I became involved in youth fellowship programs. When I was a junior in high school, he took me to an ecumenical youth conference in Ohio where I had the opportunity to participate in workshops and share ideas with a racially diverse group of 20,000 young people from all over the world. That made a big difference in my outlook on life. As a high school senior, I was asked to participate in a youth caravan that brought young people from across the country together to perform community service work. I was one of four Black students out of 60. After a two-week training, we worked first in a rural area in New York and then in the city of St. Louis, Missouri, working with youth from Pruitt-Igoe, one of the first high-rise public housing projects in the country. Additionally, Oscar’s wife was a social worker and I spent time working with her. All of this experience sent me in the direction of becoming a social worker, but one focused on larger systems.

“People in the congregation arranged jobs for students to staff two summer camps in Maine as cooks, dishwashers, etc. My job for two summers was as a groom for horses, where I cleaned stalls, watered the horses and put manure on the trucks. Our new pastor, who replaced Oscar who had moved up to a church in Atlanta, was Frank Mutchinson. Frank said, ‘Bill, you need to do something better with your summers than shoveling horseshit.’ Next thing I knew, I was on a bus to St. Louis, where I worked for three months organizing block groups and learning to be a community organizer.”

Merriette was a pre-freshman from Wilmington, North Carolina, preparing to attend Shaw University in Raleigh. Bill’s fraternity brother at Shaw insisted on getting them together and he obviously knew what he was doing; they married in ‘68.

In a total leap of faith, they both quit their jobs and went to the University of Chicago as full-time graduate students where many of the same people we’ll meet, though not in chronological order, who helped Bill along the way, also helped Merriette.

“The third significant man in my life was my mentor and friend, James R. Dumpson. In 50 years of public service, he worked for every New York City mayor, both Democrat and Republican, running the public welfare department and other human services, then the health and hospital system.

“When he died at 103, I felt like I lost my academic father. I met him when I was teaching college in 1970 and he was dean of Fordham’s School of Social Work, one of two African Americans running schools of social work not in historically Black institutions. We maintained our relationship through professional organizations that he led and through him, I learned the political end of working in that environment. He wrote all my letters of recommendation for every position I sought after completing my Ph.D. at the University of Chicago, through to my presidency in D.C. When I saw Jim at a meeting in Chicago in ‘73, he asked what I needed to finish my dissertation and I told him — money. A couple of weeks later, I got a call to come to NYC to meet Kenneth Clark, known for his involvement in Brown vs. Board of Education, the 1954 US Supreme Court decision to desegregate schools. Jim invited me to meet Clark to discuss my research. A week later I received a check for $3,000 to cover my travel to out-of-state libraries to do the necessary research for the dissertation.

“At the University of Chicago, I got into a funk when I didn’t pass an exam in inferential statistics I needed for my doctorate. I was having trouble maintaining my focus. Here was where Frank Bruel, the head of the University of Chicago’s social work school’s SSA Policy Sequence, came into my life. He made me read 25 books which crystallized my field of study to policy, particularly the history of the settlement movement. I realized from my research that this was a missing piece for Black people.

“Immigrants got support from the settlement house movement but after Reconstruction ended, Black people had nowhere to turn except back to their former slave owner masters. Who was doing for Black folk after Reconstruction what the settlement workers were doing for immigrants? And that is where my dissertation focus went and why the money from Kenneth Clark was so important — it allowed me to travel to libraries to do that research.  Frank Bruel understood where I was going and connected me to John Hope Franklin, a Black man from Oklahoma, a noted historian and prolific author. Because of Frank, John served on my dissertation committee; he taught me how to take notes, an essential skill in historical research. As you can see, one person introduced me to another and that’s how life happened.”

This will all be part of a new book Pollard is writing. The next phase of the book will be the context in which he grew up: being Black in a southern community. Can’t wait to read it.