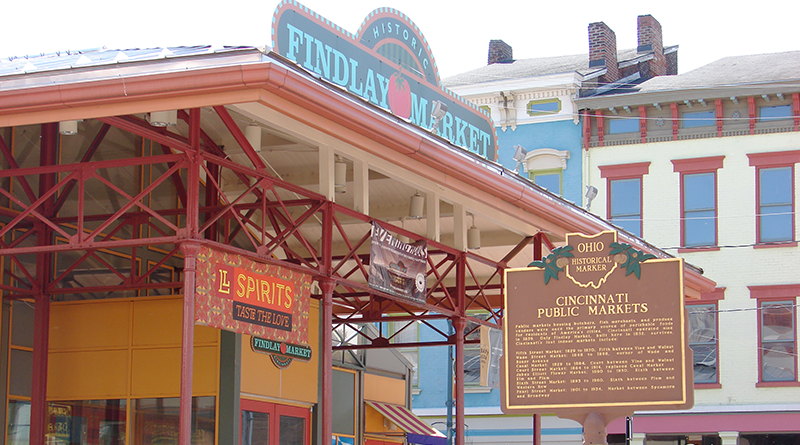 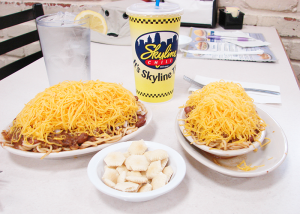 In the 40 years after its founding in 1788, Cincinnati grew rapidly and by 1820 the citizens proudly called their city on the Ohio River “The Queen City” or “The Queen City of the West.” In the early 1800s, Cincinnati was considered the West. Later Henry Wadsworth Longfellow also referred to Cincinnati as “The Queen City” in his poem, “Catawba Wine.” Today the city has a lot to offer visitors in the way of history, nature and shopping.

1 Get Visual: Visitors entering the Cincinnati Art Museum are greeted with a suspended blue Chihuly fantasy glass creation and can continue to view the works of Picasso, Chagall, Tiffany, and more all in one location. There is no admission fee. In Cincinnati art is everywhere you look. Download Art Work’s walking tour to see the many murals scattered throughout the city. Each month Cincinnati Underground features a new emerging contemporary artist.  There are several galleries and once a month Art on Vine promotes the work of over 60 artists.

3 Presidential: William Howard Taft was raised in the family’s tradition of hard work, fair play, and public service. He served as governor of the Philippines before becoming president; his goal was never to be president but he did want to be chief justice of the Supreme Court. He said, “Presidents come and go but the Supreme Court goes on forever.” The 27th president was the only person to serve in both offices. He was the first president to lob the first baseball to signal the beginning of the Washington Senator’s baseball season and the tradition continues. There is a museum next to his home with a great animatronic display with reminisces about Taft by his son.

4 Harriet Beecher Stowe: According to legend, Abraham Lincoln greeted Stowe in 1862 by saying “So you’re the little woman who wrote the book that started this Great War.” Her book, “Uncle Tom’s Cabin,” was an international success and fueled the anti-slavery movement. At that time Cincinnati and the area along Ohio River were important stops for slaves on the way to Canada. Cincinnati was the site of many antislavery protests. The book tells the horrors of slavery and the dangerous path to freedom taken by many runaway slaves.

5 Parks: There are many parks perfect for relaxing and they are often the sites of special events. Not to miss is the Krohn Conservatory in Eden Park, home to 3,500 plant species from around the world and the popular “Butterfly Show” where thousands of butterflies are free to fly about. Smale Riverfront Park with P&G Go Vibrantscape is a unique multimedia play area that causes people to exercise without them knowing it. Check out the talking tubes, exercise pipes, a giant foot piano, a flying pig and Carol Ann’s Carousel.

6 Neighborhoods: They say you haven’t really visited Cincinnati without walking through one of their unique neighborhoods. Mount Adams with narrow winding streets, historic churches and restaurants is reminiscent of Italy while Indian Hill was home to the millionaires — and looks it. Over-the-Rhine (OTR) is the largest intact urban history district in the country with unique architecture, great restaurants and microbreweries. ManiStrasse, on the National Historic Register, with cobblestone streets is known for its Maifest, a fun festival based on the German tradition of welcoming spring.

8 Food: You’ve never had chili until you try Cincinnati Chili: Spaghetti topped with chili and mounds of shredded cheese or try in four-ways with the addition of beans or onions, or five-ways with both beans and onions all with a hint of cinnamon.  Don’t be embarrassed ask for a bib! Cincinnati is the home of famed Graeter’s Ice Cream, the makers of craft ice cream and gelato.

9 Shopping: Visitors can shop at Tiffany and Saks or in one of the many unique shops such as Rookwood Pottery Co. on Vine Street where they have an amazing selection of tiles and pottery. There is a once a-month flea market in Washington Park. No visit to Cincinnati is complete without a stop at Findlay Market to get something to eat. It is the oldest continuously operated public market in Ohio and where they host a farmer’s market from April to November complete with street performers and special events. Museums are always a great place to shop for gifts.

10 And more: It is worth the drive to Tarpis Street to see the fantastical Mushroom House. It is unlike anything you have ever seen. Walk across the Purple People Bridge, a pedestrian-only bridge across the Ohio River from downtown Cincinnati to Newport, Kentucky where there is a bevy of great eateries and the award-winning aquarium. Enjoy a riverboat ride on the Ohio River. Ride the affordable Cincinnati Bell Connector that makes a 3.6 mile loop with stops at or near many popular downtown Cincinnati destinations.