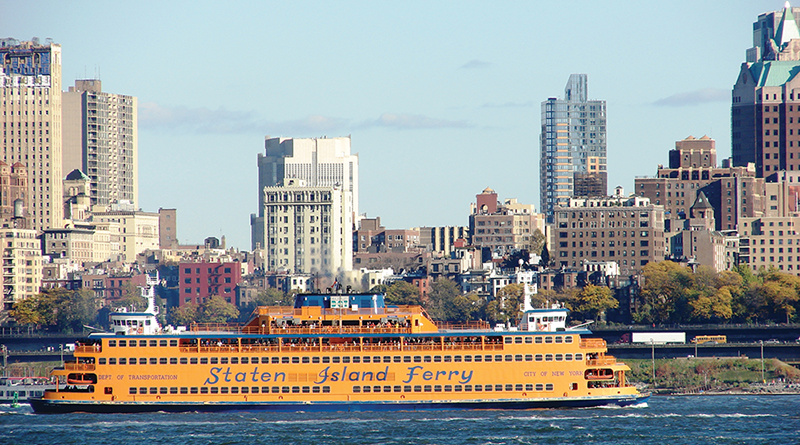 Surprise, surprise: Yes, there are tons of things to do and see in this NYC borough

When people say they are going to New York City they usually are referring just to Manhattan. New York City is divided into five boroughs: Manhattan, Bronx, Brooklyn, Queens and Staten Island. Think of Staten Island as the “other NYC” and it is only a 25-minute free ferry ride from downtown. It is an island of parks, cultural activities, and where the hotels are reasonable, offer free parking along with complimentary transportation to/from the ferry. It is said “If you haven’t seen Staten Island, you haven’t really seen New York. Think of it as small town New York City. It is the least populated of the boroughs.

1  Staten Island Museum: The museum has two locations, one near the Staten Island Ferry and one in Snug Harbor. It is the oldest cultural institution on the island and the only general interest museum in NYC. At the Snug Harbor location, check out “Remember the Mastodon” and at the one near the ferry learn about Staten Island’s first settlers, the Lenape. The Lenape Collection dates back more than 10,000 years.

2  Snug Harbor Cultural Center: Snug Harbor, a Smithsonian affiliate, started as a sanctuary for aged sailors in 1801 and grew to have 50 structures and nearly a 1,000 residents. It was a self-sustaining community with a dairy, chapel, hospital and music hall and the richest charitable institution in the United States. Today it has been transformed into a center of art, culture and nature. Buildings are being restored including the Music Hall that rivals Carnegie Hall. It is also home to the Staten Island Children’s Museum.

3  Historic Richmond: Step into the past at Historic Richmond Town, with over 30 original historic structures and where some of the treasures date to the mid-1600s. It is the only historic town in New York City. After watching the introductory video, take a guided tour that is available Wednesday through Sunday. The General Store is stocked with items typical of the late 1800s. Try to schedule a visit to coincide with one of their special events. Don’t miss an evening at The Tavern where the area’s top musicians regularly perform jazz, blues and sea shanties.

4  Fort Wadsworth: The fort is one of the oldest military sites in the United States. It guarded New York Harbor for over 200 years. Located on high ground overlooking the Narrows, an enemy entering the area would be caught in the crossfire between Fort Wadsworth and Fort Hamilton in Brooklyn. It was especially important during the War of 1812 when it protected the harbor from the British. When the fort was closed in 1994 it had been the longest active military site in the United States.

5  Jacques Marchais Museum of Tibetan Art: The museum provides a peek into the Tibetan world. Even the building, complete with a Chanting Hall filled with Tibetan statues and artifacts, was built to resemble a Tibetan mountain monastery. The Samadhi Garden features a fish pond and meditation area. Spin the Tibetan Prayer Wheel to spread spiritual blessings and wellbeing. There is a great view from the gardens even if is not a view of the Himalayas. The founder, Ms. Jacques Marchai, never visited Tibet but was an avid collector of all things Tibetan and said “If I can give the world something that would be uplifting and a genuine help, perhaps, I should try.” Tai chi and meditation classes are offered.

6  Staten Island Zoo: It may be small but they like to say they have “the best little zoo in America.” It is family friendly with plenty of animals to pet. Wander through the Earth’s various habitats and learn about the denizen of tropical rainforest, Sahara and temperate forest. Check out the llamas and the rare ibex, now nearly extinct in the wild. You have heard of Punxsutawney Phil, the famed prognosticator of the length of winter. The zoo’s Chuck the Groundhog has been better at predicting the end of winter with an 85-percent accuracy.

7  Garibaldi-Meucci Museum: Who is the true inventor of the telephone? Antonio Meucci filed a patent in 1871. It is thought that when Meucci was ill, his wife sold his documents and projects to Alexander Graham Bell for $6. If the destitute Meucci had $10 to renew the patent in 1874 no patent could have been issued to Bell. Garibaldi, the “Washington of Italy,” was a friend of Meucci who took him in while he was in exile.

8  National Lighthouse Museum: The newly created museum is dedicated to the history of lighthouses and the lighthouse keepers. Check out The Wall of Lights, models of a wide range of lighthouse types seen throughout the world. From May to October the museum offers a variety of boat tours.  It is located in an area where, prior to Ellis Island, immigrants of questionable health were quarantined. Take time to walk out on the pier for a great view of Manhattan.

9  Greenery: Staten Island with more than 170 parks is called “The Greenest Borough.” More than one-third of the island is protected parkland. Greenbelt Nature Center is a good pla -ce to start. It is three times the size of Central Park and a contiguous stretch of green land with miles of hiking trails. Their nature center offers educational exhibits and classes along with trail maps. It is a great place for bird watchers. At Snug Harbor there are nine distinctive botanical gardens including a Chinese Scholar’s Garden.

10  And more: Not to miss is the Noble Maritime Museum to learn about the life and times of the retired sailors of Snug Harbor. Photographer buffs will want to visit the Alice Austen House. The Staten Island Children’s museum is the perfect place to explore and learn. Watch a Staten Island Yankee baseball game and no visit to Staten Island is complete with trying their famed pizza and Ralph’s ice cream.