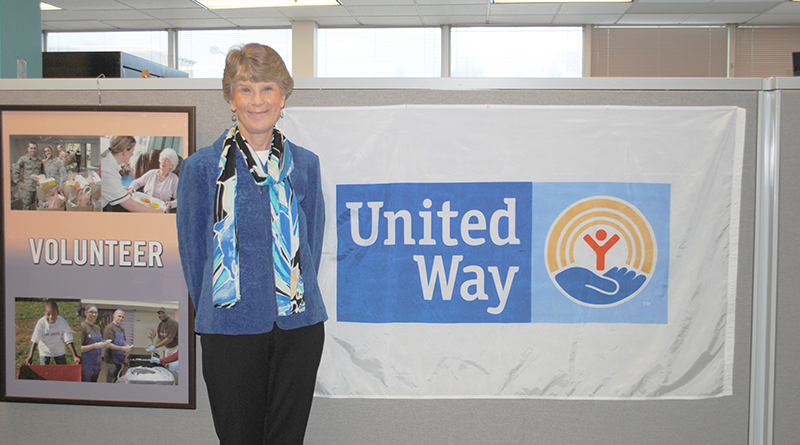 As people hit their late 50s and early 60s, many begin to think of retiring.

But if you’re Nan Eaton, you take on a new career — probably larger in scope than anything done before.

Since July last year, Eaton, 59, is serving as president of the United Way of Central New York, a job that she said she has long hoped for.

“I think the culmination of everything I’ve done in my career allows me to give all of that experience to United Way,” she said.

She has been involved with nonprofit and human services agencies for more than 25 years.

A native of Long Island, Eaton graduated from the University of Buffalo with degrees in psychology and anthropology. While trying to decide whether to go on to law school or get her master’s in psychology, she opted to get some work experience and became a paralegal.

She then learned of an opening at the Erie County Mental Health Association as a client advocate. It was the perfect combination of psychology and the law for her, she said, and she found her calling.

“I loved and realized that nonprofit work was really where I belonged,” she said.

Moving to Central New York, she first worked at Housing Visions Unlimited, a local nonprofit that had just completed its first project.

Working in Syracuse’s east side and then moving to the north side, she was pleased to be part of an effort to have the north side neighborhood designated as a “Weed and Seed” site by the U.S. Department of Justice.

Eaton was asked by then-U.S. Attorney Tom Maroney, then-Syracuse Mayor Roy Bernardi and Linda DeFrancisco, who was head of the city of Syracuse’s Research Bureau, to become the Weed and Seed program director.

The initiative brought law enforcement and all community stakeholders together to help revitalize the north side and then the near-west side neighborhoods.

Spearheading the initiative under the umbrella of Home HeadQuarters, Eaton also served in a number of roles with that organization.

Eaton would go on to work at the Salvation Army as its development director, which enabled her to better hone her skills in fundraising.

From there, she moved to Arise, which works with people of all ages with all types of disabilities in a five-county region.

There, she was able to form the Arise Foundation, bringing in new volunteers, raising funds and increasing awareness.

This would all lead to her assuming the reins at the United Way of Central New York.

“It’s a job that I really wanted because I’ve been involved with United Way since 1999 in one way or the other. I really believe in the United Way, and I recognize the impact of strategic giving through United Way,” she said.

In order to prepare to take over at United Way, Eaton began about a seven-week transition plan while working with outgoing president Frank Lazarski, who had held the position for more than 13 years.

“One of the things I suggested to her is it’s a marathon, not a sprint,” Lazarski said.

One of the keys to working with United Way is to develop long-term relations with the agencies that are funded, donors and companies in the area, he added, and that comes with the marathon approach.

Her persistence, background, experience and credibility with nonprofits in this community are all attributes that will serve Eaton well, Lazarski said.

Currently in the middle of the United Way’s annual campaign, Eaton is experiencing some of the highs and lows that come with the job.

“Some things are going really well in terms of the actual work we’re supporting. The initiatives are amazing,” she said. “The fundraising piece is a challenge. We are concerned about whether or not we’ll meet our goal. That could mean a decrease in our funding to 88 local programs at 33 agencies next year. We’re hoping that won’t happen, but it’s a possibility.”

Although people have heard of the United Way for decades, Eaton said the organization needs to do more outreach in an effort to detail what it really does.

“We’re evolving just like the needs, and we’re looking at solutions that will change our community’s story. Instead of being the 13th poorest city in the U.S., we’ll be a city of destination, where people see opportunity and people who are from here will choose to stay,” she said.

“We’re not your mom and pop’s United Way here in Central New York,” she added.

Calling it a “community convener,” she said the United Way attempts to “bring together the thought leaders, the service providers, the community members to strategically provide human services across the spectrum of needs.”

The area doesn’t need more nonprofit agencies, she said. The United Way is designed to be, what she called, the administrative backbone, with her organization bringing community resources together in partnerships, coordinating and providing funding, and employing staff.

She cited several examples to back her contention.

The Literacy Coalition of Onondaga County, which focuses on literacy across all ages, has a small staff team comprised of United Way employees.

The Early Childhood Alliance, aimed at helping children from birth to 5 years of age get prepared for school, is also directed by a United Way employee.

The 2-1-1 phone line and website, which responds to questions about human service needs 24 hours a day, seven days a week, is a partnership that spreads across five CNY counties.  Work Train is a workforce development program with CenterState CEO and other funders and partners.

“This is the way of the future,” she said. “Unless we’re bringing everyone together to look at strategies, we’re not going to solve these large issues that face our community. The United Way, since 1917, has been inviting people to invest together in making a difference.”

The way of the future is also impacting how people may give to the United Way, and Eaton appreciates different times will mean different challenges for agencies.

“There are younger professionals, younger people in the workforce. They’re used to having an app on their phone now and getting a cab. So why would you give through United Way, when you can push a button and donate now to anything you want? So it’s a challenge for sure that United Ways are facing all over the country.”

“She’s the right person at the time to continue to move forward. She’s seen it from all sides,” according to Hudson, the AFL-CIO community services liaison at United Way who has known Eaton for more than 15 years.

The two met while working on the violence intervention and prevention program, and Hudson is also a member of the Syracuse Common Council.

Preparing to lead the United Way into the future, Eaton, who is upbeat by nature, remains hopeful.

“Central New York is big enough that we have all kinds of things to do. We have the arts, we have gorgeous things to do, but it’s not so big that people are anonymous or invisible,” she said. “I think United Way is meaningful here because it’s personal. We are a community, and people care about each other. We’re all looking to address community needs and turn things around.”

And it’s “all kinds of things to do” in Central New York and its close proximity to larger metropolitan areas that allow Eaton and her husband, Doug, to find some balance.

“I am blessed to be in a wonderful second marriage to a husband who is fun and loves the outdoors and makes me laugh,” she said, beaming.

The pair enjoys hiking, relaxing with friends, traveling to outdoor music festivals both near home and such places as Montreal, and spending time with her grown children — Amanda, in Albany and Rob, who lives in Lancaster, Pa.

She also has a stepdaughter, Antonia, who recently gave birth to her first grandchild, and a stepson Angelo, who resides in Cleveland, Ohio.