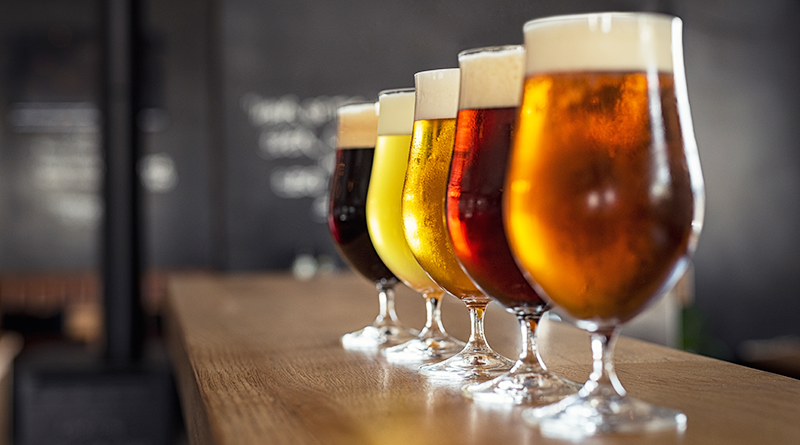 Wintertime: Good time to enjoy old and new breweries in the region 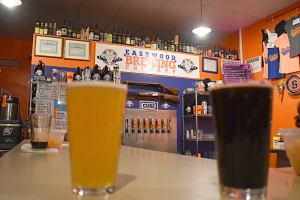 For those looking to avoid cabin fever but still stay warm this winter, a little liquid confidence will enhance their determination to plow (or shovel) through. We’re talking about beer.

Last July, Tim Shore and his brother-in-law Sam Kim opened the doors to their Buried Acorn Brewing Company at 881 Van Rensselaer St. in Syracuse. Shore said he’s enjoying being a business owner, especially in a redeveloping the Inner Harbor area.

“My mother bought me a Mr. Beer kit, and I kind of started with that,” Shore said with a chuckle. “I was working at Burnt City [Brewing] in Chicago for a while, and I learned a lot from those guys.”

Shore, a Central New York native, moved to pursue passions in the music industry and found himself in the Windy City. Now he’s home and close to family, sharing and even educating people about his love and passion for craft beer.

Buried Acorn is also a New York farm brewery. Shore said they have to purchase at least 20 percent of the ingredients going into their products in-state. They are around 90 percent with their malt coming from 1886 Malt in Fulton and most of their hops coming from Wolcott. Some specialty hops are purchased from California and overseas.

Pete Kirkgasser, owner of Eastwood Brewing at 108 Walter Dr. in Syracuse, has more years under his belt with the brewing industry. Eastwood celebrated its fifth anniversary last year, but the brewer’s experience begins decades ago and homebrewing in the ‘80s. Although he gets hops from the Pacific Northwest (“flavorful and aromatic”) he loves Thomas Fawcett malts from England and Frango-Belges.

“My dad and I started together,” Kirkgasser said. “This was pre-internet, and our research was done by reading books.” He then got a part-time job at the former Towpath Brewery on Erie Boulevard for a few years until it closed. After going back to non-industry employment, he landed a job as a brewery supervisor at Saranac.

He started with his current business, which was formally known as Double Barrel Brewing, in the early ‘90s. It was a one-barrel brewing system, which he still has today. As part of the craft beer niche, Eastwood Brewing is technically a nano brewery due to the small production system. However, the establishment offers around eight types of beers on a regular basis.

“It’s fine. I have to brew a lot of beer. I’m here seven days a week,” Kirkgasser added. “I love my job. I love being a small brewery; it’s easy to control. Every day is still exciting.”

Kirkgasser does look forward to growing a little bit. He briefly talked about goals of expanding to a three-barrel system, a larger tasting room, and eventually being able to hire more full-time employees. 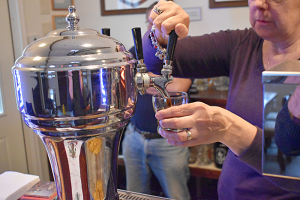 “It’s just the beginning for the growth for this area. It’s going to accelerate and grow beyond what people can expect,” said Shore, the co-owner of Buried Acorn Brewing Company. “We have our staples … but there is more interest.”

About eight years ago, Shore and brother Sam Kim were debating opening up a brewery in Chicago. There were almost 20 at the time, and there were even more in the works. They were skeptical and uncertain of saturating the market. Currently there are a couple hundred. “We were wrong about that,” Shore said with a laugh; so a local saturation won’t happen any time soon.

“I think [breweries] need to spread out a little more … but the primary clientele is right here in Syracuse,” Kirkgasser said. “There will be growth, and it’s sustainable. The newer kids aren’t going to do what mom and dad did. The breweries may flatten out. There might be a saturation, but I’ll be gone before then. But who is to say what’s in store for the future?”

For the non-beer drinkers, there is always something to enjoy at a brewery. Buried Acorn offers wine. They also carry an array of board and card games, hold weekly trivia nights, and offer special events such as planter building workshops. Eastwood focuses on beer, but the establishment also boasts board games and pinball machines. The former has a couple televisions, but the latter has a radio.

“The main purpose is so people will talk to each other,” Kirkgasser said. “Hey, two marriages have come out of here … and two pregnancies.”

Kirkgasser also said there is a camaraderie among the brewers. They’ll meet up at another’s brewery and talk about the industry. “We all look out for each other. We have our own Facebook page where we all communicate. And we exchange products if someone needs something.”

Time to Hit a Local Brewery 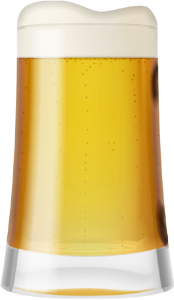 Not all of us in Central New York are winter people. Skiing, snowshoeing, or anything alluding to or with the word “snow” in the name may not be a part of a person’s dictionary. Don’t worry, here is a little something to coax you out of the house.

For those looking to avoid cabin fever but still stay warm this winter, we’ve compiled a list of breweries and cideries in the region. These are the primary breweries in our neck of the woods, but more can be found on various websites – The New York State Brewers Association, for instance – or trifold and bifold materials found in tourism depots.

More and more are popping up on a regular basis. Enjoy and drink local! See what style fits your fancy and please enjoy responsibly.