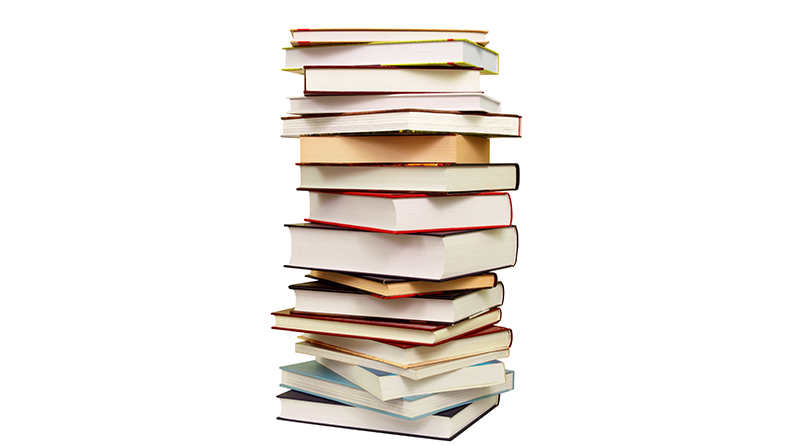 Some local book worms are especially proud that their group is so hyper-focused. CNY Reads One Book, they boast, is the longest-running one-city/one-book program in New York state.

“If you pick the right one, there’s so much to talk about,” says Alan NaPier, who volunteers with the organization, which is sponsored by Oasis. “The idea is to try to bring the community together to talk about important issues. We are building a community through reading.”

The program, which began in 2001 with the reading of “A Lesson Before Dying,” was inspired by a similar initiative in Washington state called “If all of Seattle Reads the Same Book.”

NaPier, 67, worked at Jamesville Correctional Facility and then the Liverpool Public Library prior to his retirement three years ago. He has played a key role in the local organization’s success. He and other members of a committee that includes English teachers and librarians collectively nominate 10 or 12 books, all of which they must read cover to cover before debating the pros and cons of each work and ultimately agreeing on the final selection to share with the public.

“We look for literary themes, of course, but it also must be a book that’s very approachable,” he said, noting that some reads are fairly current, and others are decades old. In 2015, “The First of July” was selected to note the 100-year anniversary of World War I. The following year, 2016, “To Kill a Mockingbird” was selected after author Harper Lee died.

“Most folks already read it,” NaPier said, but that didn’t matter. “It’s still relevant, and there was so much to explore. We love the classics.”

Other past titles include “The Double Bind,” “The Storied Life of A.J. Fikry,” “The Namesake,” “The Tortilla Curtain,” “The Book Thief.”

Technically, the group does not take an entire year to dissect an entire novel. The season runs from January through March with book discussions at varying libraries. All events are open to the public. After the season concludes in the early spring, there’s ample reading time for other novels, memoirs or works of non-fiction for the remainder of the year, and Central New York Reads One Book volunteers can focus on planning and fund-raising efforts.

For 2019, the selected book is “Born a Crime,” by Trevor Noah. According to NaPier, it’s a very engaging memoir about growing up in South Africa at the end of apartheid. Noah, host of Comedy Central’s “The Daily Show,” has become an international celebrity.

Syracuse University required incoming freshmen to read “Born a Crime” this year as part of its diversity initiative. The university also gave Central New York Reads One Book 400 copies of the memoir to share with its participants. Noah was scheduled to speak at SU’s Carrier Dome on Jan. 27, and at the time of this interview, NaPier said many participants were planning to attend.

Interacting with authors, if possible, is part of NaPier’s program. For example, in previous years participants Skyped with “The First of July” author Elizabeth Speller.

“They weren’t shy at all,” NaPier said proudly. “They asked a ton of questions. It was a great discussion.”

In addition to multiple book discussions each month, the organization has shown films that are adapted from the selected book or share similar themes. It has also arranged trips to see local theatrerperformances based on the books.

The 2019 season kicked off Jan. 10 at the Barnes and Noble book store on Erie Boulevard in DeWitt; NaPier hosted two discussions on “Born a Crime” at the Liverpool Library earlier in the month. For the kick-off event, Rev. Brian E. Konkol, dean of Hendricks Chapel at Syracuse University, was scheduled to reflect on the book’s theme of “Truth, Reconciliation and our struggle to be well.”

Book discussions have been scheduled at various libraries throughout January, February and March. In addition, at 2 p.m. on Feb. 21, Upstate Oasis hosts South African speakers who will discuss their experience with their native nation’s apartheid, and representatives from the Unchained organization, which advocates for New York State’s incarcerated, will discuss issues pertaining to race and criminal justice in both South Africa and the United States.

Book discussions and events range between less than to a dozen guests to as many as 80 guests. The vast majority of participants are adults, but NaPier has noticed a growing contingency of younger guests in recent years.

NaPier took an interest in reading at an early age. He can’t recall his very first book for certain, but he knows the “Scarlet Letter” was among the first he completed. By the age of 10 he was hooked on the Hardy Boys series. When pressed to name his favorite book of all time, he exclaimed — “that’s a totally unfair question.” But he does note two books that will always be on his top 10 list – “Larry’s Party,” and “A Student of Weather.” These days, he reads about two books per month.

“I’ve never been a speed reader,” NaPier said with a laugh.

As a past library employee and as a volunteer, NaPier often deals with “renewed readers,” or those who got away from enjoying books during much of adulthood as they raised families and dedicated themselves to careers before finally getting enough free time to enjoy a good book. That demographic is factored into CNY Reads One Book’s annual selection. Likewise, selection committee members also prefer to include titles that are available in large print, on audio versions, and in versions that are available for electronic reading devices.

“One of the things we also consider is some books may physically be too heavy for folks,” he said. “It’s all about including everybody.”

While NaPier considers himself a traditional fan of hardcover and paperback books, he uses a Kindle when travelling. He currently has about 200 books on the device.

Library enthusiasts like NaPier worry that reading for pleasure in the digital age is on the decline.

“I think reading is still very popular,” he says. “There are probably more readers than non-readers in the world, but often I think that over half of the community isn’t reading.”

Regardless of the method for enjoying books and novels, using local libraries and appreciating written works is an important activity that all older adults should engage in to the best of their ability, NaPier says, adding that most of the participants in CNY Reads One Book programs are over 55.

“Reading is so important as we age. It keeps the mind active. Research has already shown how important that is,” he said. “It just makes us smarter, more compassionate. It gives us a broader perspective. A book can help you sympathize with people.”

The bulk of CNY Reads One Book’s fund raising comes from its annual Pennsylvania and Delaware Garden Rumble, a four-day trip that allows guests to stroll through some of the most beautiful gardens in the vicinities of Philadelphia and Wilmington, Del. The deadline to sign up for the event is April 26. The trip takes place in late June.

Book discussions sponsored by CNY Reads One Book take place at several libraries in Onondaga County and at Oasis in East Syracuse from January until March 26. They are free and open to the public. For more information, visit www.cnyreads.org.