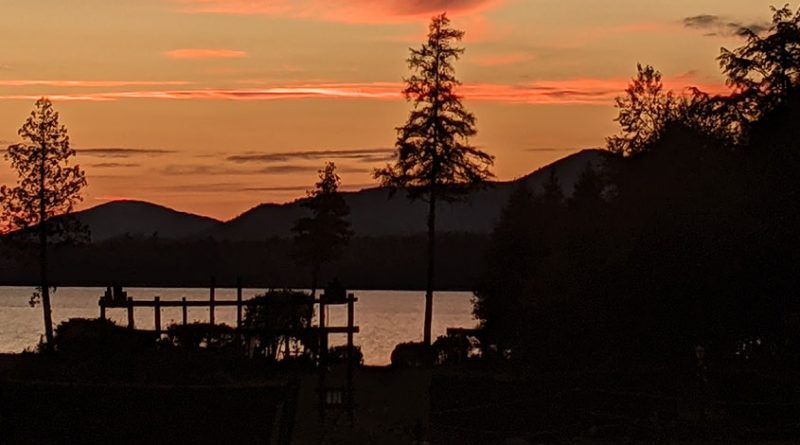 Northern New York county — home to Saranac Lake village — attracts people looking for a place to enjoy the great outdoors away from the hustle and bustle of urban life.

Named for Benjamin Franklin, Franklin County is home to many lakes and forests offering year-round fun and adventure. It stretches from the top of the Adirondack Park to the Canadian border.

The area was once the homelands of the Mohawk Nation and later became renowned worldwide as a health retreat. Now it attracts people looking for a place to enjoy the great outdoors away from the hustle and bustle of urban life.

1. Wild Center: Walk on the wild side. The Wild Walk is a trail of bridges to the tree tops affording panoramic views of the Adirondack forest. Located in Tupper Lake, the center is open seven days a week. Start with the indoor nature trail to learn about the area by starting in the Big Wolf Great Hall with the glacial ice wall to learn how the Adirondacks were formed and continues to develop. Watch the otters and other wild life. The center offers several programs, guided walks, nature-led canoe trips, along with many areas visitors can explore on their own.

2. Native American History: Before the Europeans arrived, the land was the territory of the Mohawks, one of the six nations of the Haudenosaunee (Iroquois Confederacy). Learn about the life, history and culture of the Mohawks (Akwesasne) at the Six Nation Museum in Onchiota. Along with numerous artifacts, there is an amazing collection of wampum, each of which tells a traditional story. The center often has lectures dealing with traditional legends. Or visit The Akwesasne Cultural Center in Hogansburg, which has a large collection of native ethnographic objects and photographs. It is located in the library on the St. Regis Reservation, which spans the international border.

3. Saranac Laboratory Museum: The laboratory was established by Dr. E. L. Trudeau in 1894 to study tuberculosis and later other lung diseases until it closed in 1964; but research continues at the modern Trudeau Institute. It was the first laboratory of its kind in the nation. Besides bed and plenty of fresh air, the Trudeau Sanatorium offered groundbreaking occupational therapy. Many who took advantage of the therapy become accomplished artists and writers, including R. L. Stevenson and Stephen Crane. Some patients stayed in the sanitarium while others stayed in “cure” cottages similar to “Little Red,” on the grounds of the Trudeau Institute.

4. Saranac Lake: The village is one of the most idyllic villages in New York state and a great place to visit any time of the year. There are plenty of shops offering a variety of locally produced item. Walk back in time following the self-guided historic tour. Brochures are found in many locations. Pick up one of the Walk of Fame brochures that honor the many famous people who either lived or visited Saranac Lake, including Faye Dunaway, Robert Louis Stevenson and Albert Einstein. For a time the village was home to the Philadelphia Eagles training camp. The village is renowned as the home of the Ice Palace.

5. Wilder Homestead: Laura Ingles Wilder wrote many books about life on the prairie but her second book was “Farmer Boy,” about her husband, Almanzo Wilder’s life in the little house in the foot hills of the Adirondacks. Today his boyhood home, just outside of Malone, has been restored to the days when Almanzo grew up. It is a time capsule of the mid-1800s rural America in Northern New York. Take a guided tour of the house, farm buildings and school house or explore on your own. The large maple outside the house was there when Almanzo was living.

6. Trails: Any season is a good time to head to the trails. The 14,000-acre campus of Paul Smith’s College is one of the nation’s largest campuses with plenty of trails. The visitorinformation center has many informative displays and telescopes by the windows to search for birds to enjoy before heading out on one of the trails. The energetic will be rewarded with a beautiful panoramic view of the Adirondacks at the end of the 3.4 mile (one-way) trek up the St. Regis Mountain trail.

7. Arts and Crafts: The majestic scenery has always inspired artists. There are several places in Malone featuring the arts, including Downtown Artist Cellar, Pouring Light Studios and the North-Adirondack Arts Council. In Saranac Lake visit Adirondack Artist Guild and NorthWind Fine Arts. The iconic Adirondack chair can be purchased in many locations, in all sizes.

8. Year-round fun: Summer is the time of hiking, swimming and enjoying the out of doors. Visitors flock to the area in the fall for the brilliant fall foliage by driving along Franklin County’s portions of the Adirondack Scenic Highway. Winter brings the snowmobilers, skiers, ice skaters and snowshoers. Some places offer scenic sleigh rides through the snow-covered forests. The Winter Carnival in Saranac is a must-do. It will take place Feb. 4-13.

9. Places to stay: There is a place for everyone including primitive camping, glamping, hotels, motels and rental cottages. Looking for a place with history nestled among the pine? Then check out White Pine Camp, once the summer White House of President Calvin Coolidge. It is a restored Adirondack Great Camp. For the ultimate in Adirondack luxury The Point, built by William A. Rockefeller II, is the only Forbes Five Star accommodation in Upstate New York. It is one of Relais & Chareaux accommodations.

10. Unique: While in Saranac Lake village take a ride on The Adirondack Carousel with 24 hand-carved carousel animals indigenous to the Adirondacks and rounding boards painted with regional scenes. Stop by Donnelly’s ice cream stand where they make one and only one flavor fresh each day. Enjoy a meal in a 1920s speakeasy at Lake Clear Lodge which was as stagecoach stop in the late 1880s. They offer a special meal where each course represents one era of the Adirondacks. They also offer sleigh and stagecoach rides.

Featured Image: A view of Lake Clear, named for the 940-acre section of the original Seven Carries canoe route.