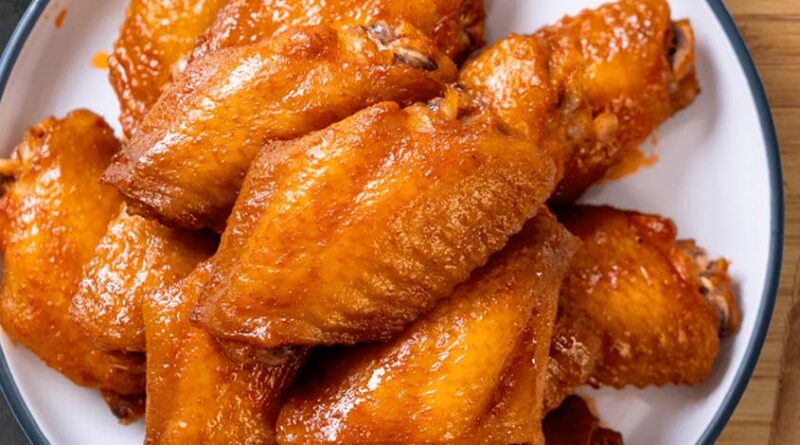 Food, glorious food! We eat it every day. Often, we check the contents. Is it organic? Is it gluten free? How many calories? How many carbs?

But few ever check to see where the food originated. Many popular food items originated in New York state. Some become world famous while others are popular local favorites. When people move away they often have the items shipped to them. Such as it is with Grandma Brown’s Baked Beans, salt potatoes and spiedies. Stories about the origins of favorite New York state foods vary somewhat but some stories have become many times told.

➊ Buffalo Wings
No, buffalo do not have wings, an oft asked question. Buffalo wings originated at the Anchor Bar in Buffalo. According to one story, Teresa Bellissimo owned the bar with her husband in 1964. Late one night her son, Dominic and several of his friends from college, showed up hungry. Teresa needed something quick and easy so she deep fried the chicken wings she planned to use the next day to make a soup stock. When the wings were crispy, she tossed them in cayenne hot sauce and a new favorite food was born. Chicken wings were, at that time, inexpensive and often discarded. 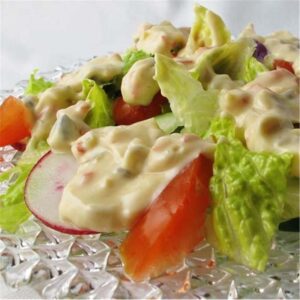 According to popular legend, the salad dressing originated in the 1000 Island area of New York state. It seems Sophia LaLonde, the wife of a fishing guide, would use it in the salads of her shore dinners provided by her husband. George Boldt, who had Boldt Castle built, was the proprietor of NYC’s Waldorf-Astoria hotel. Boldt so enjoyed LaLonde’s salad dressing that he instructed the hotel’s chef to put it on the menu.

➌ Salt Potatoes
The area around Syracuse, “The Salt City,” was known for its salt springs. During the 1800s, Irish salt miners would bring a bag of small, unpeeled, substandard potatoes to work each day. At lunch time, they boiled the potatoes in salt brine. The small potatoes were not marketable but deliciously eatable. In Central New York they are found at fairs, barbecues and many summer meals.

➍ Spiedies
Spiedies, marinated cubes of meat, originated in the Binghamton area and are popular throughout the Southern Tier. Cubes of lamb, beef, pork, or chicken are marinated overnight or longer, and then grilled on a spit over a charcoal fire. Traditionally the meat is served on a soft Italian bread or submarine roll. It can be eaten from the spit or served on a salad. The Spiedie marinade included olive oil, vinegar, Italian spices and fresh mint. Now it is sold by the bottle. There is a Spiedie Fest in Binghamton in August. 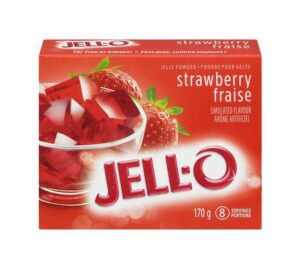 Jell-O has become international and is now a registered trademark of the Kraft Heinz company, but the gelatin dessert began in LeRoy, west of Rochester. In 1897, a carpenter, Pearle Wait, was making a cough remedy and laxative tea in his home. While experimenting with gelatin he came up with a fruit-favored dessert, his wife called Jell-O. He marketed it by knocking on kitchen doors telling the wives that he had a quick and easy dessert. Today, LeRoy is home to the Jell-O museum.

➏ Saratoga Chips
There are several versions of how and where the potato chip originated but one is closely associated with Saratoga. George Crum, a cook at Moon’s Lake House, was trying to please a customer (possibly Cornelius Vanderbilt) who kept sending back the French fries because they were too soggy and not salty enough. After several attempts to make the fries the customer was still complaining. Frustrated, Crum sliced the potatoes very thin, fried them to a crisp and added extra salt. Guess what? No complaints. The customer loved them. One version claims the guest was Cornelius Vanderbilt. 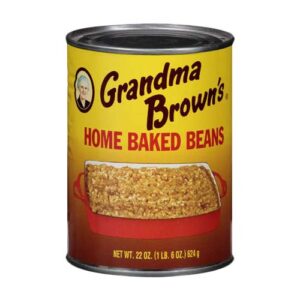 In 1937, during the depression, LuLu Brown began making large pans of baked beans and selling them at the local grocery store. Her recipe was a no-nonsense way of making baked beans. It was not tomato based and the end result was not runny. Basically, just beans. The baked beans were so successful that a factory was built in Mexico, Oswego County. Lulu Brown’s baked beans have become a summer staple in Central New York. During the early 1970s Grandma Brown’s baked bean sandwiches were sold at the New York State Fair for the original price of 5 cents to raise money so the Mexico High School Band could go to Italy.

➑ Waldorf Salad
The salad gets its name from the New York City hotel, the Waldorf-Astoria, where the salad originated. On March 14, 1896, the hotel hosted a charity ball for St. Mary’s Hospital for Children. The hotel’s maitre d’hotel, Oscar Tschirky, created the salad for the event. The original recipe included just apples, celery and mayonnaise, no nuts. Today a Waldorf salad is made with apples, celery, walnuts, grapes, and mayonnaise served on a bed of lettuce.

➒ Utica Greens
As the name suggests, Utica greens originated in Utica. Credit for the recipe goes to Joe Morelle, chef at the Chesterfield Restaurant. The dish is made of sautéed greens (escarole), hot peppers, chicken stock, pecorino cheese, prosciutto and bread crumbs. Utica greens go well when served with another Utica original, chicken riggies, a pasta dish of chicken, rigatoni, peppers (sweet or hot), in a spice cream or tomato sauce.

➓ Peppermint Pig
The peppermint pig is a hard candy that originated in Saratoga Springs during the 19th century. The eight-ounce pig comes in a velvet bag with a little hammer. According to local tradition, the pig shows up at Christmas dinner. Each person takes a turn breaking the pig with the hammer, eats a piece of candy, which is said to bring good fortune in the coming year and then shares one example of good fortune in the past year.