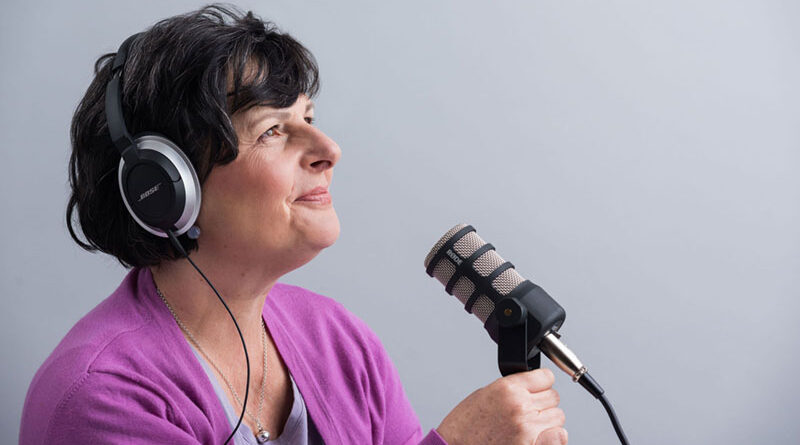 Nicole Christina of Syracuse interviews a wide variety of influencers for her podcast, Zestful Aging — It’s all about aging. 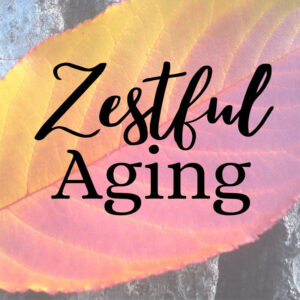 How do you best navigate aging?

It’s a question the Nicole Christina poses on her podcast’s website, www.zestfulaging.com, and it’s the topic the 60-year-old local psychotherapist has been exploring with her guests on that podcast for the past four years.

“Aging is difficult. Aging is loss of some capacities and really facing our limitations. However, I think the idea is how can you navigate it while adding in what are the freedoms, opportunities?” she said.

Because we’re mammals, she said, relationships are vitally important, as is the feeling that your life has some meaning or purpose, that you’re leaving some kind of legacy and that you have something that provides a deep contentment and satisfaction.

However, sometimes finding that purpose and challenging yourself takes you out of your comfort zone.

Christina, herself, stepped out of her comfort zone when she began creating webinars and then moved on to podcasts.

“I felt like I really needed to do something challenging and new,” she said.

One of her first attempts to meet that goal was to conduct webinars on eating disorders, which is one of her fields of expertise.

“I decided to interview some people as part of the webinar. It was so fun and it just felt so natural,” she said. “I thought, ‘Oh, wow. I love this.’”

The person helping with the technical aspects of the webinar had suggested she look into podcasting, suggesting that she would really enjoy it.

“Being the person I am, which is a little bit like leap before you look, the next day,” she said.

She asked a woman she had run a retreat with, Vicky Lane, if she could interview her. Lane is a fly-fishing guide who volunteers with Casting for Recovery, which offers fly-fishing retreats for breast cancer survivors as a means of providing them with physical therapy and the opportunity to connect with nature.

As she was conducting the interview, it was “like this cosmic click,” explaining that while she didn’t know how she could do more interviews like this, she had to figure out a way.

She realized that this was the kind of guest she wanted.

“Somebody doing something they love, they’re contributing. That, to me, is so full of life,” she said.

She has found, with her practice, that finding that purpose is one of the issues that some of her clients grapple with as they age.

“I was really aware of some of the aging questions that my clients were asking, like ‘What do I do now?’ ‘My kids are launched.’ ‘I may or may not want to stay with my partner.’ ‘I’m looking at possible retirement.’ ‘My family or my friends might be moving away,’” she said. “A lot of transitions.”

Since then, she’s had nearly 300 episodes. She said listeners from over 100 countries have tuned in to her podcast. In late February, she received a silver Anthem Award in the Diversity, Equity and Inclusion category. Presented by The Webby Awards, which recognizes excellence on the internet, the Anthem Awards highlight impactful work by people, companies and organizations across the globe. Most recently, she has received a gold award from Hermes for Best Podcast Host.

A list of Christina’s episodes shows the wide variety of topics that she and her guests discuss, such as how belly dancing can help develop stronger pelvic muscles, how to start second careers, how to deal with siblings with Alzheimer’s disease and how to reconcile with estranged family members.

One of her more recognizable guests was Joan Lunden, author, journalist, one-time co-host of Good Morning America and an advocate for seniors who, as Christina said, does a lot on positive aging.

‘I felt like I really needed to do something challenging and new.’
Nicole Christina on starting her “Zestful Aging” podcast four years ago.

Christina said that she finds the interviewing process so enriching and inspiring that sometimes she gets a “little giddy afterwards.”

Her weekly podcasts run 30 minutes, with each episode taking her about four hours to prepare, which includes lining up guests, editing, producing and social media sharing. In doing some research on podcasting, she said she learned that many only do seven episodes because, as she said, while it’s fun, it’s a lot of work. Some podcasts, too, only run five minutes. That time length wouldn’t work for her, she said.

“The thing I pride myself on is talking to people and getting underneath the sound bites,” she explained.

Her listeners are not the only ones who learn something from her guests. Christina is impressed with her guests’ ability to reach their goals despite the obstacles that some have had in their paths.

“By the time you get to be a grownup, in my experience, life has dealt you some bad blows. These people have also had that, and there’s resilience. And yet they’re transformed by it,” she said.

But Christina has stepped outside of her comfort zone in more ways than webinars and podcasts.

She played tennis in the National Senior Games in Florida. She didn’t expect to make it to the finals — joking that she made airline reservations for her trip home before the finals were even played — but she said it was important for her that she participate.

She said she has a respectable game, but “I will get beaten and beaten badly,” she said, laughing.

For her, it’s not about winning or losing. “What you get is thousands of people over 50 who are so passionate and exuberant about their sport with this community of enthusiasm. That’s something I really want to be a part of,” she said.

While a medal from the National Senior Games may not be in her future, she does have plans for her podcasts.

She’s currently working on a project with WAER radio and would love to have a regular show on NPR.

“Reaching more people, meeting more people and getting the word out to more people that this is something that we can do with optimism, while also really acknowledging there’s loss, there’s grief, there’s hardship,” she said. “What can I be curious about?”

Christina tried something new with her podcasts four years ago and as she said, it has enhanced her life and her aging.

Photo: On her podcast “Zestful Aging,” Nicole Christina, 60, discusses various challenges and opportunities that come with aging. She has interviewed more than 300 people, including Joan Lunden, former anchor of Good Morning America, and Linda Lowen, author of the new book “100 Things to Do in Syracuse Before You Die.”