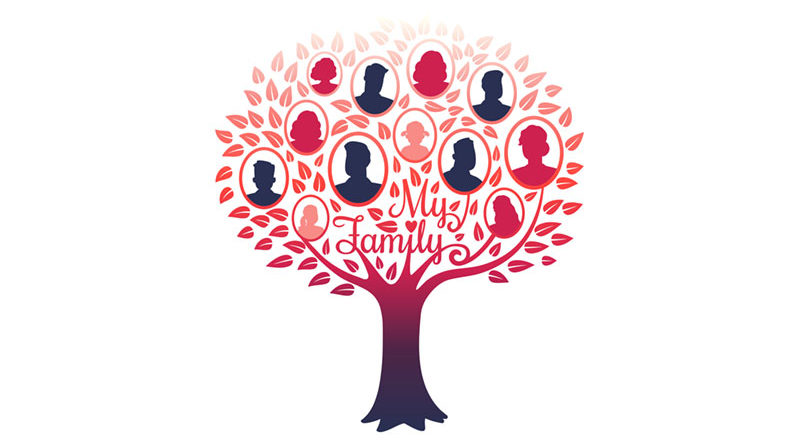 It’s pretty easy to find your family tree online. With a few clicks, you can trace your ancestors on sites like www.ancestry.com. But the stories behind the names are what interest many people.

Sheila Byrnes, Baldwinsville resident, member of the Central New York Genealogical Society and editor of the society’s newsletter, “CNYGS E-News,” recommends starting with what you do know, such as birth names of your parents and grandparents.

She likes census records to find names, especially maternal ancestry which may lose their surnames.

“Very often, boys and girls married the person next door because people didn’t travel,” Byrnes said. “There are sometimes clues in names handed down. The first child if it was a male was named for the father’s father and the next male after the mother’s father. And the first girls were named for their mother’s mother.”

It’s important to pay attention to dates to avoid confusion.

She also likes that census records show where ancestors lived. Cemeteries may also reveal dames, dates and relationships. Knowing the location where the person was born or lived can also help you research online more effectively, rather than just searching by name. Byrnes likes fultonhistory.com.

“It is a fabulous site for social and personal stories,” she said. “Families often had reunions and listed the names of those who attended. It can show who’s related to the family. Local newspapers can help as well. Sometimes they’re online or you can contact the libraries.”

Joining a historical society of the locations you search can also yield good results, as can enlisting help of professional researchers who live in those areas. Fellow searchers may also aid the hunt for information, as you may cross paths with someone researching the same family.

Although oral history may give clues, Byrnes cautioned that it may not be accurate, so it’s vital to cross-reference other resources.

She also said that “mug books” may not be entirely true.

“People paid to have their photos in there so maybe the stories were embellished a bit,” she said.

Town historians may help you find people who can share oral history. Heather A. Stevens of the Central Square Community Historical Society said that she is friends with some older residents who love to reminisce. “They recall many things about those who are no longer with us. Just be sure to understand that stories grow over the years and sometimes become more elaborate.”

She said that local clergy and your own family members can be good resources.

“Talk to your family before it is too late,” she said. “You never know when you will uncover a cousin who knew your grandparents, clipped newspaper articles or kept diaries.”

The old newspapers saved on microfilm at the library may not be online. These kinds of resources may reveal family history that wasn’t passed down — like great-grandpa was a bank robber — but newspaper stories may not be free of error. Still, since these were written close to the time of the events, they likely hold more weight than oral history.

City directories — records that are like phone books but without the phone numbers — can yield a lot of information. The library has volumes dating back many decades. These list the head of household, occupation, where they worked, and usually their residence.

“We are starting a collection of high school yearbooks in Oswego,” he added.

Cross-referencing the information with world events can help you better understand why things happened, such as your grandfather quitting school during the Depression was likely to help with the family finances.

“They’re goldmines of information about families and activities, local newspapers, especially,” Proud said. “They used to have columns written every week by a person who resided in that locality. They’d write ‘Mr. and Mrs. George Smith had dinner with Mr. and Mrs. George Jones.’ They’re like the Facebook of 60 years ago, but back then it was big news.”

She also directs people to the obituary columns, which in the past were much more informative — and colorful.

“Those old newspapers didn’t pull any punches,” Proud said. “It might be ‘so-and-so committed suicide in the garage.’”

She also advises history seekers to inquire with historians in neighboring districts, as sometimes those living on the border of a township may have attended school in a different town than their postal address.

“These are a great source,” he said. “Another thing we’ve collected are written genealogies of family surnames. We’ve been building on this over the generations.”

He added that librarians are always eager to help you look for and sort through information.

“It shows where they served, what battles and their branch,” she said. “If they received medals, it will show what kind and if they got a pension.”

She also encourages searching with the Half-shire Historical Society in Richland.

“They have a lot of information,” Strong added.

In Search of Ancestors

• Ancestry.com requires a fee, but some libraries have access available to library patrons.