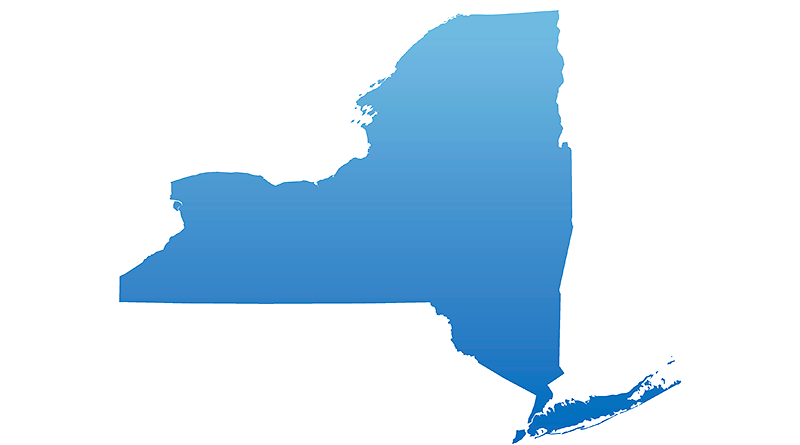 Taxes and cost of living were the factors considered when developing the list, according to study

Another year, another bad rating for New York’s climate for retirees. The Empire State has wound up in third place in 2018 “Worst States For Retirement” study from TopRetirements.com. Taxes and cost of living were the factors considered when developing the list.

According to TopRetirements.com, New York residents pay an average of $3,755 annually in property taxes. Only New Jersey and Connecticut, ranked first and second respectively, pay more on average. New York’s high cost of living, the third most expensive in the country, also sunk its overall rating. State income taxes were also considered, with New York dinged for its large marginal tax rate of 8.82 percent.

New York consistently gets poor marks in retirement rankings. But Robert O’Connor, the legislative director for Onondaga County’s local AARP chapter, says there’s more to this story. The 82-year-old chose to retire in New York after living most of his life in the state.

“If anything, it might be a little easier to retire in New York state,” O’Connor said.

While O’Connor admits that costs in downstate are unaffordable for some retirees, he notes that the situation in Upstate New York is very different. Housing and property taxes are less expensive in Central New York. And, he says, the area also benefits from the quantity and quality of medical services available to older residents.

“I find that some people, while they move for awhile down south or out west, they come back here when they develop major health problems and need caregiving because the caregiving opportunities are more extensive now,” O’Connor said.

Central New York is very accommodating for those who want to retire here, O’Connor says. The nonprofit organization Upstate Oasis in Syracuse offers seniors a range of classes from financial management to piano lessons. The Onondaga County Office for Aging connects retirees with health and legal services. And O’Connor says there are many places to volunteer.

“A lot of people don’t want to just vegetate when they retire,” O’Connor said. “There’s a lot of opportunities to volunteer, whether it’s through the services in the Office for Aging, the Meals on Wheels, our local chapter for AARP, United Way, the zoo. They can pick and choose and that’s what most older people like to do.”

Although some of New York’s policies might be unfriendly to seniors living on a fixed income, there are many specifically catered to the retired community. Social Security and government pension income are exempt — one of the few “pluses” of retiring in New York that was mentioned in the TopRetirement.com study. The state helps supplement part of the out-of-pocket costs for the Medicare Part D drug plans with the Elderly Pharmaceutical Income Coverage (EPIC) program. And seniors can get assistance paying for New York’s high tax rates with the state’s Enhance Star system, which offers older homeowners increased tax relief benefits.

The state suffered a setback last year when federal lawmakers passed a new tax cut that capped state and local income tax deductions to $10,000 — something that AARP fought. TopRetirement.com notes that it could make blue states with higher taxes like New York more unappealing to retirees. But O’Connor says while that could affect some seniors, many older people do not have more than that amount to deduct anyway.

O’Connor says the TopRetirement.com study, like many others of its kind, do not accurately reflect what it’s like to retire in Upstate New York. The state’s overall ranking is largely skewed by downstate numbers. And the subjective factors excluded from the study can make all the difference for those who live here.