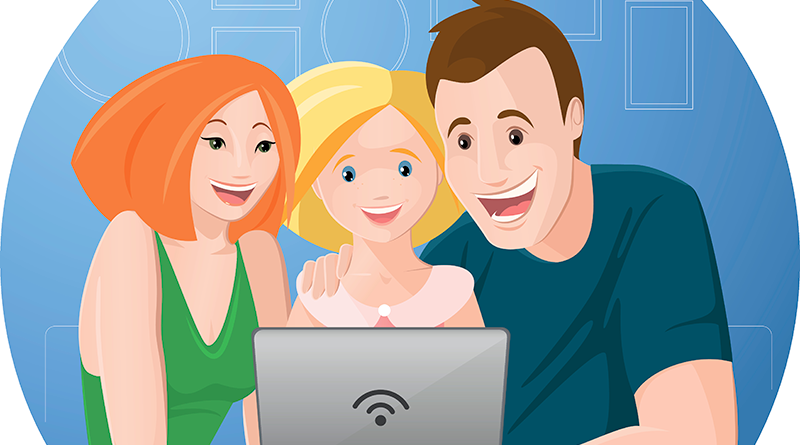 Mother finds it difficult to adjust to long-distance family relationship

I came from a very close-knit family. In fact, looking back, I am still baffled on how all 18 of us fit in Nana and Grandpa’s kitchen, where we congregated for all of my childhood.

There were Sundays, holidays, and actually, no particular days. We played cards and Grandpa called the numbers for bingo. We listened to him play his many instruments and laughed at his jokes. We ate Nana’s homemade pizzas, pasta dishes and delicious desserts. We had huge clambakes.

‘I thought it was abnormal when parents and children only saw each other a couple of times a year. And yet here I am, 2,800 miles away from two of my children.’

That kitchen was a magical place for me, and not just because of the food and festivities. Or even because it is where I was first introduced to the Beatles on the small black-and-white television. It was magical because my family, which not only included mom and dad and my three younger brothers, but my aunts, uncles and cousins as well, surrounded me with love.

Years later, our house became the one with the kitchen. From baptisms to graduations, my husband and I cooked hundreds of meals for our children, our parents, our brothers and their families.

My grandpa would have been proud — reminding me over and over again that there isn’t anything more precious than family.

It never occurred to me that it would ever be different. Sometimes, I would daydream about how all of my children and grandchildren would congregate at our house and continue the tradition. And how my children’s children would grow up with their cousins like I did. How we would blow out birthday candles and share stories about crazy Aunt Mary and what the world has come to.

My husband and I would go to all of our grandchildren’s recitals and plays and games, just like my parents, Mema and Papa, did.

They never skipped a beat, even in rain and sleet, always cheering our children on with enthusiasm and pride.

And then the unthinkable.

Our youngest son abruptly announced that he and two friends were going to go cross-country and check out the West Coast. My first thought was when I told my mother about the very same intentions I had decades ago. Instead of kissing me goodbye, she informed me that my grandpa would have a stroke and die if I left.

Her guilt trip worked and I never did leave. With bated breath and a very heavy heart, I cried as my baby pulled out of the driveway. But, through my tears, I reassured myself that he would surely be back soon.

I saw him yesterday. In fact, I saw both of my sons and the three of us talked for quite awhile on FaceTime!  Yep, my son left seven years ago and never did come back home to live. Even worse, his older brother ended up joining him! How did this happen? I thought it was abnormal when parents and children only saw each other a couple of times a year. And yet here I am, 2,800 miles away from two of my children.

People always ask why we don’t move. Well, we have a business and aren’t ready for retirement. But, more importantly, we have our daughter and my mom here. Am I supposed to leave half of my family on one coast to join the other half on the opposite coast? Plus, what if my sons decide to move somewhere else or even to two separate places? Am I supposed to follow them from city to city?

‘We don’t have Sunday sauce or impromptu barbecues. We don’t go to many events together. And what I really miss the most is the human touch. Instead of hugging them, I blow kisses to a screen. And this has become our new norm.’

I know it could be worse. I was talking to a woman whose four children live in four different states and not one where she lives. And it makes me wonder, what happened to the family unit and how and when did families become so dispersed and peppered across the country and even the world?

How things have changed!

I remember patiently waiting for the mailman to see if a letter arrived from my pen pal. And how we could never talk to anybody long distance for more than a minute because it was too expensive. And how the closest I got to an airplane was watching one fly overhead.

Technology keeps us connected now in ways that were never possible years ago. Without texting, FaceTime, Skype, Facebook, and all the latest things available, I wouldn’t “see” or talk to my sons as much as I do. And they often remind me that we talk all the time, more so, probably, than if they lived around the corner.

As grateful as I am for all these tools, it still isn’t the same as having them near. We don’t have Sunday sauce or impromptu barbecues. We don’t go to many events together. And what I really miss the most is the human touch. Instead of hugging them, I blow kisses to a screen. And this has become our new norm. But, what about the next generation?

My grandparents were second parents to me. Besides them and my parents and brothers, my aunts, uncles, and cousins were considered immediate family. We laughed, cried, fought and celebrated with each other. We shared our lives together. It will be different for my grandchildren — assuming that I will someday have grandchildren.

And if and when I do, I don’t want to be a Skype Mema. I want to hold my grandbabies in my arms.  And I want to be there when they learn how to walk and I want to push them on a swing and put Band-aids on their knees and read to them and spoil them and do all the things that grandparents do. My parents probably never realized how going to all of my children’s events would be an anomaly in the future.

And how much financial planning has changed from back then. Because if I want to do any of the things that they did, I have to incorporate travel expenses into my retirement — which was never a monumental consideration before my sons moved.

But it is what it is and Mick Jagger’s song has become my mantra. No, I can’t always get what I want! I’m thankful that we do get to visit each other whenever possible but not nearly enough. And although I would prefer that my family all lived in the same time zone, I realize that all I ever prayed for was for my children to be happy and healthy. I am so grateful that they are.

The truth is we have become an Internet family. Because even though there are thousands of miles that separate us, we can still stay in touch and remain a close-knit family. And whether they live in the city they grew up in or on a different continent, it will never diminish the love and bond between us.

My sons live in a beautiful city where the sun always shines. And others remind me of what a great place it is to visit — which, as much as I’ve tried, I can’t deny. I raised my children with the hope that they would become responsible and independent adults.

I always encouraged them to follow their dreams. And with that, I have to remind myself that they did exactly what they were supposed to do. They grew strong wings and flew away.

I just wish it wasn’t so far.