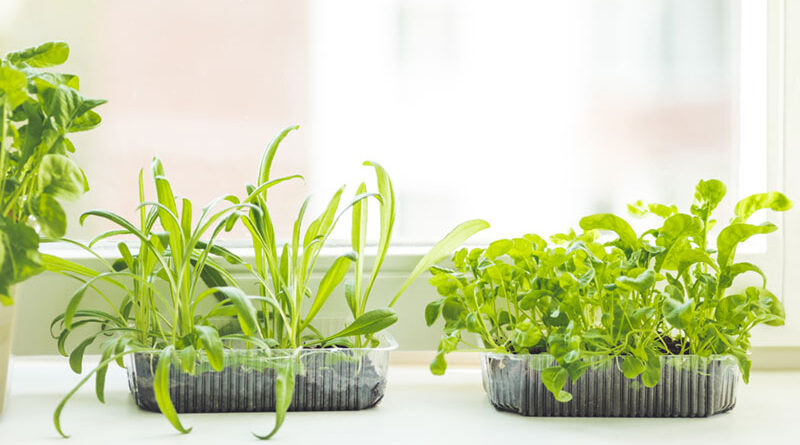 Though the snow may still fly for a while, it is not too early to grow seedlings to plant this spring. Tim Ballantyne, co-owner of Ballantyne Gardens in Liverpool, thinks it is the perfect time to begin indoor growing your garden.

“Don’t overwhelm yourself with a million different choices,” Ballantyne said.

For vegetable growers, he advised, “find something you enjoy eating and pick a variety that’s harder to find at the supermarket. Maybe you can’t find an heirloom tomato as easily. Focus on the things you enjoy working with.”

He encourages home gardeners to not wait too long as he anticipates a big demand coming.

“With the way life is now, there’s a huge interest in gardening indoors and outdoors and there will probably be seed shortages,” Ballantyne said. “If you want something unique get it sooner than later.”

He listed a few items that are more suitable to directly sow, peas, lettuces, spinach and radishes, since they tolerate cool weather. Root crops are also better as direct sow items since they need deeper soil depth.

How long it takes plants to mature before they may be planted outdoors makes a difference. Ballantyne suggests working backwards on the calendar from the date of last chance of frost. The Farmers’ Almanac or the local Cornell Cooperative Extension can help. Refer to the seed packet for how long it takes for seeds to germinate.

For example, peppers are slow to start, but tomatoes and cucumbers grow quickly and if they spend too long in starter trays, they tend to get spindly.

“Use a lightweight seed starting mix,” he said. “Don’t just grab the first bag of potting soil. The lighter weight mix dries out faster so the seed won’t rot. It gives them a better experience to work with.”

Stephanie Whitehouse retail general manager at Dickman Farms in Auburn, likes using plug trays. Each small opening accommodates one or two seeds and the cubes of soil pop out like ice cubes.

“When you go to transplant to pots or the ground, it’s much easier to work with little guys than an entire open box or flat,” Whitehouse said. “Otherwise, you would have to cut it up. You’d have a mat.”

The plug trays should be placed in near a heat vent and in direct sunlight, or for a better chance at growing, under a fluorescent grow light.

Whitehouse added that placing them directly against a window may expose the trays to drafts. For more a more advanced system, Whitehouse suggests a tabletop mini greenhouse. Some models come with lights and a dome for an optimal growing environment.

“Obviously, follow the directions on the seed packet because each variety would have different planting depths,” Whitehouse said. “The bigger sized seed, only one goes into each plug tray. The smaller ones can take two.”

Keep the soil wet by misting it with water. Do not over-water or the seeds will rot. Covering it with a sheet of clear plastic can create a greenhouse effect that helps keep the seeds moist and warm. Once the seedlings pop up, remove the plastic. If they start to outgrow the cell, the seedlings may be transplanted into a larger container. Whitehouse likes fiber pots, which may be directly planted into the ground once danger of frost is past.

“You don’t want the pot to be dry as cardboard when you transplant,” Whitehouse said. “Dry is the enemy, but so is too much water. You’re drowning your plant.

Before planting, it is important to harden off plants. Two weeks before you plan to plant, Mary Lou Balcom, master gardener with Onondaga County Cornel Cooperative Extension, recommends gradually exposing the plants to colder temperatures.

“You can’t just put them outside; it’s too much of a shock,” Balcom said. “Two weeks before then, bring them outside for an hour or two each day in a partly sunny-shady area, protected from the wind.”

Each day increase the time. Two days before planting, Balcom keeps them overnight in her garage.

“You’ll have a lot more success if you do that,” she said.

She likes to use native flowers when starting from seeds. These include black-eyed susans, New England aster, coreopsis, purple coneflower, shasta daisies and bee balm.

She enjoys the control when starting plants from seed.

“If you wait and buy plants at the garden centers, you get what you get,” Balcom said. “If you start from seeds, you can select from many more varieties.”

Photo: Herbs sprouted in reused containers flourish in a home.