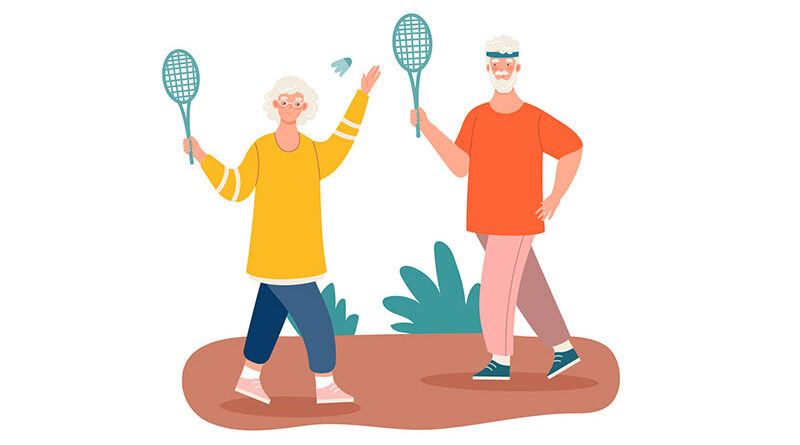 You should plan on staying active, even after you’re retired

Retirement may feel like a foot race. When you finish working, you win. But then what?

Going into retirement with little idea of what to do next is not a good idea. This disenfranchisement can cause emotional distress, especially when one’s identity is wrapped up in a career or title.

Retiring without a life plan can also mean a lack of structure and subsequent lack of motivation to get out and see people and do things. That can lead to isolation, cognitive decline and physical deterioration, according to Douglas Goldschmidt, 72, a licensed clinical social worker and life coach in Syracuse.

“The people who don’t plan to keep themselves busy and develop no real interest, they end up in front of the television or not doing anything they find interesting once they retire,” Goldschmidt said. “Those people don’t tend to age well physically or mentally. If family has moved away, that limits their ability to interact with them. This is a problem. What do they have?”

Since many people who retire from lifelong, full-time work have become so accustomed to their nose-to-the-grindstone lifestyle, it may be warranted to transition into the next phase.

Abruptly ceasing work and facing a blank slate is shocking for many people.

Goldschmidt “failed” at retiring a few years ago—he enjoys his therapy and coaching work—but is beginning the process of phasing out of full-time work so he can have more time to travel. He is referring clients to other therapists in the area and not taking on more clients.

He advises getting to know oneself for a while, including needs, wants and desires. This may include getting back in touch with previously dropped hobbies or brand-new ones.

“If you never had enough time for it, here’s your chance,” Goldschmidt said. “The problem is that some people want to pursue activities that are no longer appropriate. They can run into a problem.”

Instead of dropping a hobby altogether, Goldschmidt said it is better to modify the activity, if possible. For example, instead of mountain biking, riding a touring bike is less jarring.

“It doesn’t mean aging precludes you from doing it, but the way you did it when you were young,” he said.

With more time available, some retirees want to help their adult children more, such as providing childcare to grandchildren. While occasional visits might be enjoyable, the daily grind of providing care may feel more like a job.

“Some are happy with it and some people feel used,” Goldschmidt said. “They’ve done it and don’t want to do it again. They do it because their kids need it.”

Instead of handling all their childcare needs, doing so a couple of days per week can still offer some help while setting boundaries.

Goldschmidt has taken up piano, performs evaluation studies for public organizations, and participates in a book club. He’s also toying with writing a book and taking extended trips to Buddhist monasteries.

“The majority of our volunteers choose to join our program to get involved and stay active in the community they have lived and worked in to give back and help those who may be less fortunate,” said Erin Palmitese, project director of Retired & Senior Volunteer Program (RSVP) at the SUNY Oswego Office of Business and Community Relations.

Since so many groups want volunteers, deciding where to go is the big question.

In 2019, Paula Behm retired from her resume and career coaching business, Careers by Design in Syracuse, to care for a family member. Since she had not anticipated retiring then, she did not have a plan in place for her retirement—or even if she wanted to remain retired once her caregiving role diminished.

“I’d have found some groups to get involved with, as my life was centered around one person,” Behm said. “I lost sight of what I needed in my life.”

She has been reading a bevy of books on how to plan retirement and is currently considering several options, such as volunteering, auditing classes or possibly working part-time.

“Sometimes, when we walk away from our career, we lose our identity,” Behm said. “That’s what I’m trying to figure out now.”

She encourages soon-to-be retirees to think about what they really want to do and to rate and rank their decisions on what they desire—not others’ demands on them, such as providing childcare for adult children, unless that is what they want.

For now, Behm is still evaluating what she wants and is volunteering on a small scale, such as helping her neighbor teach her grandson how to swim.