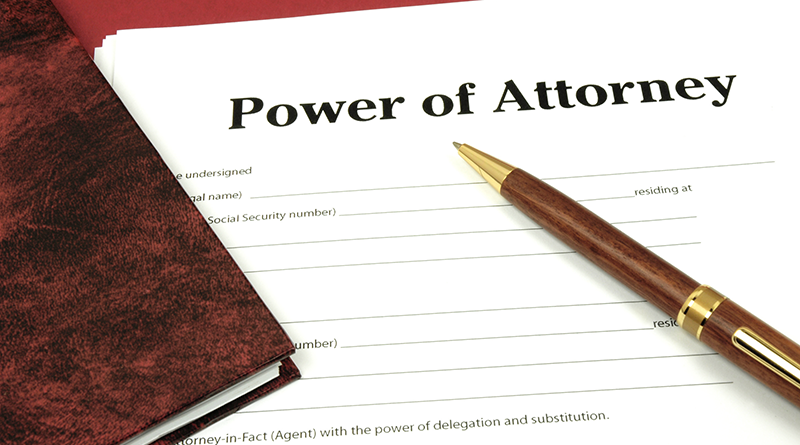 Experts: Be careful selecting a person to hold your power of attorney

While it may seem easy to simply get joint accounts with your spouse and skip naming a power of attorney, retirement accounts and other financial vehicles aren’t joint. Only the person named can take money out until his beneficiary receives the money upon death.

It’s all about trust, according to Mark Buttiglieri, director of social work at Upstate Medical University. Legally, a POA can actually empty your bank accounts.

He advises clients to select a trustworthy relative such as a spouse or adult child. Buttiglieri thinks it’s smart to have the attorney hold the original POA for safety.

While it may seem more sensible to choose the daughter who’s good with finances, but of dubious character over the son who’s considerate but terrible at balancing his checkbook, Buttiglieri said that character should trump math skills.

It’s legal — and generally advisable — to obtain outside help in financial planning as a POA.

Selecting a trustworthy child with an untrustworthy spouse may seem unwise; however, only the person named as POA may access the assets. Still, a very controlling and manipulative spouse could force the POA to abuse the person’s finances.

The person drafting the POA paperwork can include a provision for a monitor to look over the shoulder of the POA.

Trust may be why many don’t.

People may also feel self-conscious about appointing a monitor to someone they’re supposed to trust. Or that the POA will feel the person lacks trust in the POA’s honesty or ability to make financial decisions.

Although abuse of a POA is rare, it can happen.

Even a generally honest POA may “borrow” money and become unable to repay it, such as to buoy up a failing business or repay money owed to someone else.

It’s ideal to select a POA who’s financially stable as well as honest.

“It should be someone you have complete trust in,” said Raymond Dague, partner and attorney with Dague & Martin, P.C., Attorneys at Law in Syracuse. “Pick someone who does not have financial or other obvious problems that would create difficulties in managing your money. I don’t want a chronic alcoholic or drug addict or someone who manages his own money so poorly he’s in deep debt and filing bankruptcy. Clients say they want their oldest son to handle it, so I say, ‘Tell me about him. How does he manage money? Is his marriage solid? Does he have any difficulties? Does he drink a lot or gamble?’ Those could be red flags.”

Those who don’t have a trustworthy relative to select as POA can hire an agency or attorney to serve as POA. Though they charge a fee, their insurance covers loss if anything goes wrong.

Dague added that physical distance can also make a difference for someone who’s suddenly incapacitated and needs bills paid. Could the son who lives in California get here in time to pay the mortgage and electric bill?

People setting up a POA should also consider a statutory gift rider. Without it, people naming a POA can give them a maximum of $500 total per year. The statutory gift rider permits the POA to transfer money to himself to hold it should the principal need to financially qualify for long-term care.

People setting up a POA can choose the amount for the statutory gift rider.

What is a POA

Powers of attorney have other uses as well. You might give someone power of attorney to act in a particular transaction if you cannot do it yourself, such as signing documents at a real estate closing when you are out of town.