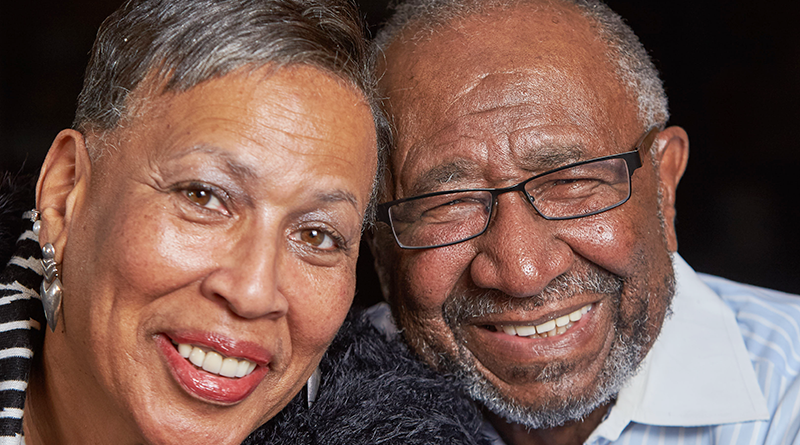 But it was in 1968 when they were both working in New York City, that Van was asked by his employer,  a healthcare company now known as EmblemHealth, to open a Syracuse office serving much of Upstate New York. They figured it would be a short stint and then back to the city, but Central New York got into their blood.

Van’s community involvement started when the local chapter of the NAACP re-chartered and he joined the organization. His participation on the political action committee and his work with the city and county on issues of diversity led Mayor Lee Alexander to appoint him to the Board of Zoning Appeals. In 2000 Matt Driscoll, then president of the council, asked him to apply for a vacant common council seat, a body where he has now served for 18 years.

Van is a life-long champion of civil rights, worker’s rights, gender rights and education in safe, modern schools and a vocal advocate for socially and environmentally correct economic development.

A Navy veteran, he is a member of the American Legion and is currently on the board of advisers to the Elmcrest Children’s Center, a former board member of Hope for the Bereaved, Kidney Foundation, Southeast Gateway Corp. and American Red Cross.

Professionally he has served as chief shop steward and member of OPEIU (Office and Professional Employees International Union) Local 150, and as the Upstate Director for NYS NAACP and the local president.

It has been16 years since Van began advocating for taking down I-81 through the city.

“My hope is that 50 years from now people will say ‘this time they got it right.’”

His position is to have a community grid on the street level and reconfigure streets so that there will be more through traffic and a less intrusive means of accessing the north side.

Linda’s career took her from General Motors, to the city of Syracuse, working in both the city clerk’s office and the purchasing department.

“My parents taught me the meaning of hard work, core values and the importance of always voting,” she said. “My parents worked hard and saved their money to move out of a housing project in the Bronx and purchase a home in Westchester. I voted at age 21 and, proudly, at age 70, I can say that I’ve never missed a vote.”

For 40 years Linda has been a dedicated volunteer, working on political campaigns and working with myriad community groups. However, her real passion is young people. She directed the NAACP’s ACT-SO youth academic program for 20 years, a yearlong achievement program designed to recruit, stimulate, and encourage high academic and cultural achievement among African-American high school students.

“After 40 years of planning events for the community, I took those skills and started a business that I named ‘In the Event Of ….’ providing services to political, social, corporate, not-for-profits and academia. I’ve just added a concierge service for shopping, cooking, pickup and delivery.”

And, of course, this year she is the new president of the Onondaga County NAACP.

Both Linda and Van read to school children on a regular basis. They are also city ward committee people and members of COBED, the Council of Black Elected Democrats. Another shared passion is pets. They have always had dogs and cats and continue to take in stray cats.

When the Robinsons can coordinate their calendars, they enjoy a variety of things. “We enjoy cooking, traveling — both domestically and abroad — or just spending time doing ‘nothing,’” said Linda.

Their travels have taken them to five continents, with only Africa and Antarctica left to see. They recently visited Turkey and there are only three or four states in the U.S. they haven’t seen. They have motored across the country by car, camped out in tents, “and we didn’t kill each other.” They have been on 14 cruises, and love keeping in touch with the people they meet.

On a personal note, as a prostate cancer survivor, Van has spoken to many men about the importance of regular examinations for early detection.

In Linda’s spare time, she enjoys dining, shopping and spa sessions with her lady friends. And she is not shy about sharing the fact she is a “shoe person.” Linda own more than 300 pairs of shoes. She also models part-time for AMS Models and Talent, Inc., a local modeling agency.

Rhea and Rabbi Daniel Jezer’s work stems from a strong Judaic background that teaches the importance to preserve and improve the world. Though involved in very different spheres, global, state and local, they are each other’s sounding board and nothing of consequence is written without passing each other for review.

Their core interest is in improving community and they see politics as one way to make that happen. As a team, they support each other’s work that includes the environment, religion, unions and education.

As a professional musician, harpsichordist and choral conductor, how did Rhea become the head of a major energy conference and have a picture taken that went viral around the world?

Soon after arriving in Syracuse, Rhea got involved in politics. “I was a committee person and then became chair of the town of Dewitt Democratic Party. When my youngest child left for college, I went to S.U. for my Ph.D. and then to Washington for a year on a congressional fellowship. When I returned to Syracuse, the Democratic Party asked me to run for Congress and I almost won.” She ran a second time and lost again having gotten caught in the Gingrich sweep.

She was elected chairwoman of the 42,000 member Atlantic Region Sierra Club and to the board of the NY League of Conservation Voters. She was appointed to several major committees by Gov. Pataki, including chairing the CNY effort to pass the Clean Water/Clean Air Bond Act and legislation dealing with superfund and brownfields. Rhea was environmental adviser to then Sen. Hillary Clinton for nine years and was on her advisory committee for president. She works closely with Attorney General Eric Schneiderman as well as with Gov. Cuomo on environmental issues.

Both Jezers were invited to join Hillary at the Javitz Center on election night in the VIP section to await the results. A picture of Rhea, taken that night when it became clear that Hillary Clinton had lost, went viral and has appeared in newspapers around the world.

“I first met Hillary in 1991. We both had long hair and bonded over teenage daughter talk. This was the start of a long friendship and Hilary even came to Danny’s retirement party. We were invited to the last dinner at the White House before the president left and we had VIP tickets to the convention in which Hilary was nominated.”

Rhea was a senior lecturer of environmental politics and policy at Cazenovia College when, in 2004, she was asked to present the Symposium on Energy in the 21st Century. The event was so successful that now, in its 13th year, it is considered the most important energy conference in the Northeast, attracting national speakers and 400 attendees. She has also been  an adjunct associate professor at SUNY ESF for several years.

Rabbi Daniel Jezer has spent the majority of his career as a rabbi in Syracuse.

“I had a strong concern that each individual congregant, no matter where they were on the religious spectrum, be made to feel included and that I was there to help them find their own growth.”

He has long been engaged in interfaith work and also in politics.

“I was involved with the Riverside Reform Democrats as well as interfaith work at the Jewish Theological Seminary and with Union Theological Seminary students. I have always felt that legislators are the practical theologians in our society, as it is in the budget where our values are seen. For instance, is your world view that people are basically good or evil? That view is reflected in the programs funded; do you vote to spend money for prisons or on rehabilitation?”

“I feel strongly that interfaith efforts are all part of this. Jewish values need to be integrated into society. I have close relationships with clergy of different religions and we are all attempting to find the best way for humanity to live in this world. We may have different specifics as to how we go about it but the underlying value is the same for most.”

Rabbi Jezer is one of the founding members of the local Labor-Religion Coalition whose major issues are a living wage, worker rights and healthcare. He was president of Interfaith Works, is an emeritus member of the Roundtable of Faith Leaders and past president of Onondaga Pastoral Counseling.

For 27 years he has been on the faculty of LeMoyne College. He was involved in the formation of the adjunct union and was its president for eight years. “Union activities are reforming how adjunct professors at colleges are treated. Schools look at adjuncts as ‘profit centers’ and it is awful that someone with a Ph.D. has to teach six courses to put food on the table.”

Each of the Jezers has been recognized in CNY by many awards including the Post-Standard Person of Achievement and Interfaith Works Award.

They are also adventurous travelers and chroniclers of the world around us, their most recent trip being to SE Asia.