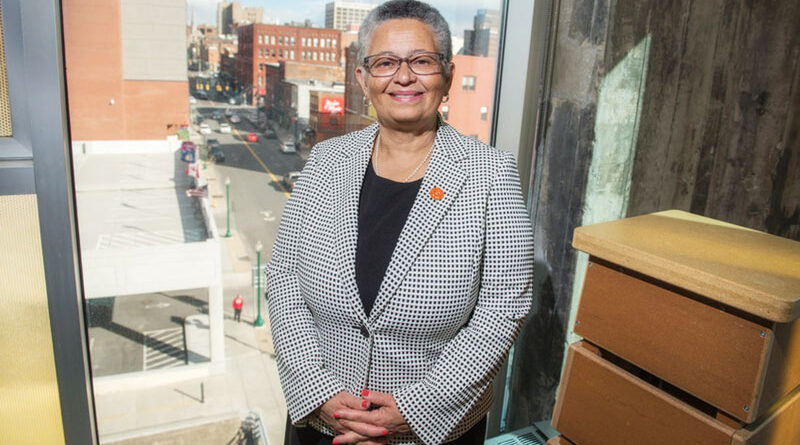 Bethaida (Bea) González retired earlier this summer from Syracuse University after a 36-year career that saw her rise through the ranks at University College to become dean, before being appointed SU’s vice president of community engagement. She came to Syracuse from Puerto Rico at age 3, and she has been active in her adopted hometown for decades, having served on the Syracuse City School Board, Common Council and numerous other boards.

Q: Now that you’ve retired, do you have a bucket list?

A: My husband, Michael Leonard, and I planned to travel, see as much of the country as we could from the waterways. With COVID-19, we can’t get out of here. I want to continue learning how to be a boater. I want to write a book about Latinos in Onondaga County. I’m really excited about my board work at the Community Foundation. I stayed on four boards — Syracuse Stage, Blueprint 15, Community Foundation and the Onondaga Historical Association. Those are my local boards. I’m also on the State of New York Mortgage Authority.

A: That is so hard to answer. There are so many great accomplishments. Mostly it was the success I had helping students to achieve their own goals, their educational goals. We did some amazing programming work at University College. UC and the School of Education were part of really building the on-campus program for students with intellectual disabilities, which has now turned into a major program at the university. We were instrumental in making sure that the higher education opportunity program [HEOP] for part-time students was not defunded by the state of New York, and I have the distinction of having the only surviving part-time HEOP program in the state system. I made it all the way to president of the University Professional and Continuing Education Association [UPCEA], which represents the top research universities in the country that do continuing ed and online study, and just this summer, they named a diversity scholarship for me as part of their professional association. [She served as president of the UPCEA from 2014-15, and the award is called the Bethaida “Bea” González Diversity in Leadership Scholars program.]

Q: You became SU’s vice president of community engagement in 2017. What did that mean to you in terms of your career?

A: I thought that it was the perfect way for me to end my career because I already knew I was going to retire. It brought together all of my experience — my government experience, my community experience, my university experience. It brought all of that together in a way that allowed me to really champion the “building local” strategy that I think is another one of my legacies. Syracuse University makes a commitment to buy local, hire local and to use local companies to build. We really made a commitment to inclusion and diversity at all of its levels at the university. We had our first procurement fair last year, as well, to really introduce small and local-owned business to the SU buyers to get SU folks to spend more of their dollars purchasing from our local economy because we wanted to leverage as much of our buying power as we could to support the local economy.

Q: What are you going to miss most about the university?

A: Oh, gosh, the people. Some of the students — the students are still reaching out, and they want me to take on a role as their madrina, which means godmother.

Q: You’ve been so involved in the community. Why has that always been so important to you?

A: Lots of reasons. I have to take responsibility for ensuring that my community is the best community possible. I learned that from my parents. If there’s an opportunity for me, through my volunteer work, through my experience, etc., to really move our community forward, then I want to be able to do that. As a woman, as a woman of color, it’s really important for me that people see me as a positive role model, as an asset.