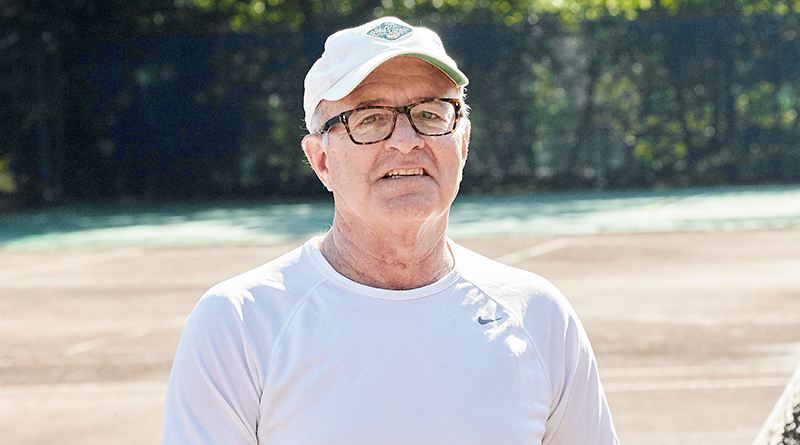 Q: So, you’ve retired from politics after 41 years. What’s next?

A: I don’t know. My objective was to basically spend some time down south and try to make decisions what, if anything, I want to do. It could be playing tennis and golf or it could be getting back into the practice of law at some point — or it could be consulting work. I’m really in no hurry. I’ve been running 100 miles per hour for many, many years. So now, I just want to, before I jump into something else, make sure its’s the right thing to do. We’re definitely going to travel more.

A: We haven’t sat down and thought of one, but it’s interesting you mention that concept because my daughter [Jennifer] was actually in the movie “The Bucket List.” My wife and I have been married 50 years now. About a year-and-a-half ago, we went for 10 days to Italy, went back to the villages that her grandfather and my grandfather came from. Jenny’s out in LA, and we haven’t been out there in a while. We might get back to Europe as well and go to places we haven’t gone.

Q: In all your years of public service, what do you consider your biggest accomplishment?

A: There’s many things I can point to, but specifically, I think what I tried to do — and I think my longevity was because of that — I always said what was on my mind. I always tried to analyze things and, once I made a decision which I thought would be best, I stuck to it. I think over time, people recognized that I may not agree with them all the time, but they knew all the time where I stood, as opposed to putting my finger to the air to figure what way the wind was blowing.

Q: Was there one thing you wish you had accomplished and didn’t for whatever reason.

A: Yeah, I would have loved to have gotten the nomination and beaten Andrew Cuomo.

Q: Did you have a mentor?

A. From a political standpoint, one of the guys I respected the most was Joe Bruno, when he was the Senate leader. Joe was a tough guy, very personable guy that I think stuck to his guns in many, many instances. I think that he, early on, despite of being wrongfully charged, in my mind, and going through two trials, costing him millions of dollars to maintain his innocence. He was ultimately acquitted of all charges. The fact that he had that kind of fortitude to stick to his guns. Most anybody else would have pled to a lesser charge.

Q: What is the one thing that might surprise people to learn about you?

A: I think a lot of people think I’m a pretty tough guy. Intractable in some ways. I stick to what I think but before I get to that point I listen to all sides of an issue. I’ve taken positions that people got surprised about.

Q: What would you like your legacy to be?

A: When I first ran 41 years ago, I didn’t know what I was doing with respect to politics. I knew nobody. When I went around, everybody knew my family. They knew my mother, they knew my father. Everywhere I went, ‘Oh, you’re Frank’s son. What a wonderful guy! Oh, your mother is the sweetest lady I ever met.’ It was unbelievable to me the reputation that they had in the community. That’s what I hope the legacy is — that people may not say that DeFrancisco is the sweetest person they ever met, but they have respect for me that translates down to my kids and grandkids; that at least they said, ‘He did a good job. I didn’t always agree with him, but he was a straight shooter. He did a good job over the many years he was in office.’