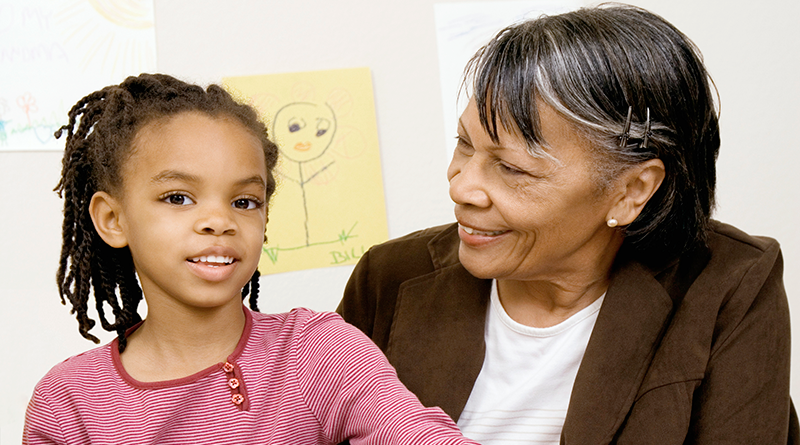 Grandparents may be the best sitters for their grandkids. But should they be paid for the help?

Many parents would agree that their children’s grandpa and grandma represent the best childcare they could imagine. After all, who loves (and spoils!) their children more than the children’s own grandparents?

For some families, the grandparents provide more than occasional babysitting and take over the duties regularly, even full-time. Should grandparents in this role receive money for their time?

Laura Brown, who coordinates the gerontology graduate certificate program for the human development department at SUNY Oswego, believes that factors include the amount of time the grandparents spend watching the children. She said that some grandparents shape their retirement plans around their grandchildren’s care needs, even retiring earlier or moving so that they can provide daily care.

Grandparents who reduce employment to watch the children should receive compensation, according to Brown.

Some grandparents on fixed incomes could really benefit from income earned while watching their grandchildren, if their adult children can afford to offer pay. At the same time, for some young families, relief from the cost of childcare enables them to build a better future for the children.

Ultimately, a frank, honest discussion can help both parties realize where they stand and their needs. If pay will be involved, they need to agree upon a rate that’s fair for both parents and grandparents.

“Set up a contract and say, ‘Look, this is something we’re doing because we love our grandchildren, but we could use some compensation for it,’” Brown said. “You’re putting in time and energy and feeding them while they’re there. To avoid any misunderstanding and make sure everyone is on the same page, set in writing.”
Mutually agree on all the terms of the contract.

“Both parties would sign it,” Brown said. “That way, there are no hard feelings and misunderstandings.”

The conversation should also include how often and for how long the grandparents will provide care, who pays for any expenses incurred during care, where they will watch the children and who will provide transportation. Grandparents may want to split care among themselves and other relatives so that they have more free time.

Families should also talk about how care is provided.

“The expectations should be clearly spelled out,” Brown said. “If someone wants to change it, talk about it again and say what’s working and what’s not. There may be issues with particular kids who wouldn’t thrive in a daycare environment, but the grandparents may have an insight.”

Some grandparents may also benefit from a class to brush up on their childcare skills. Obviously, their own child survived to start their own family; however, standards of childcare change as more research shows what helps children stay safer, grow better and learn more.

For example, the “Safe to Sleep” program, formerly known as “Back to Sleep” has helped reduce incidences of SIDS by 50 percent since its introduction in 1994 and 1999, according to the Centers for Disease Control and Prevention. Grandparents who always laid babies on their stomachs for sleep may not understand why sleeping on the back is important.

Madonna Harrington Meyer, professor of sociology with Syracuse University Maxwell School of Citizenship and Public Affairs, said that grandparents caring for their grandchildren is a complicated issue. “A lot of times, the adult children bring up the topic of payment.”

If they don’t, and you could use the money, compare with them your reduced rate with the going rate for a daycare facility. Meyer also pointed out that grandparent care is often much more flexible than daycare facilities, since the latter usually won’t accept sick children and may not be open on snow days or school holidays.

If the demands of watching the children every day prove too great, consider watching them less, such as the “Wednesday grandmas” Harrington Meyer knows, who have the children one day a week. Other family members may be able to pitch in to help.