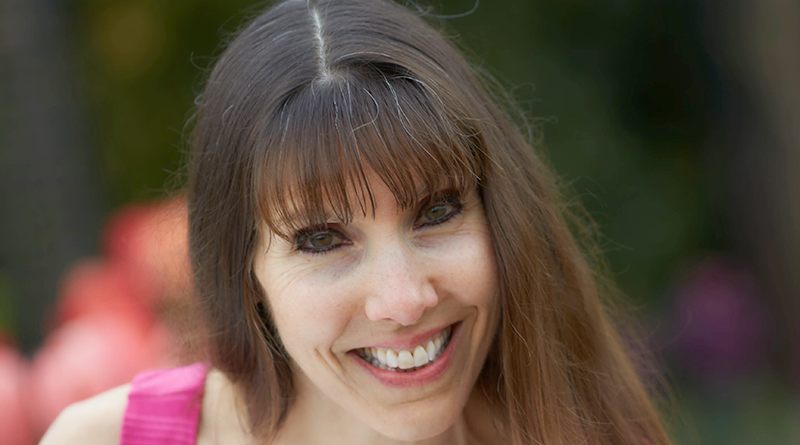 As she turns 55, former Miss New York reflects on career, beauty pageants and how she found her niche where she makes a difference

And yet, the Lewis County native avoids touting herself as the woman who also represented New York state at the Miss America pageant, winning the talent portion of that nationally televised competition.

She’ll also downplay her career as a model and professional opera singer. Thousands of people have seen her on stage or in advertisements, but the small-town tomboy turned glamour girl turned grandmother prefers an audience of 5- and 6-year-olds.

“It took me awhile to find out what I wanted to do,” Alexander said during an interview from her Marcellus home a few months before her 55th birthday (she is turning 55 June 16). “But, thank God, it found me.”

Alexander grew up in what she described as a religious, caring and enlightened household in Lyons Falls, a rural farming community of less than 600 people on the Tug Hill Plateau, just north of Oneida County. She is the second-youngest of six children. Her mother, Roxane, taught first grade and kindergarten. Her father, William, was a district principal for six different schools in the area.

The Alexander children enjoyed exploring the woods, climbing trees, chopping wood and rehabilitating injured wild animals they found on their property, whether raccoons, skunks or foxes.

“With the newborn raccoons,” Alexander said, “Dad was the first one they saw, so they thought he was the father and we were the rest [of the litter]. Birds would just land on Dad’s shoulder. He was like Dr. Doolittle.”

Although the family embraced education, Alexander says she was a terrible student in elementary school, struggling with the material due to not being able to focus and sit still for long periods of time. She believes she had attention deficit disorder or other impairments, but back then, such problems were not commonly diagnosed. She said she didn’t learn how to read until she was in sixth grade.

“There was too much noise in my head, but eventually I learned to manage it,” Alexander said. “I was terribly turned off from school and more into singing. We learn to live with what God gave us.”

She became fixated on music at the age of 3, singing in church where her mother played the organ and then attending operas in New York City when her father was there working on a doctorate degree. William Alexander was also very musical, learning to play piano by ear without ever taking a formal lesson. They brought opera records with them when returning home to Central New York, and Alexander listened to them constantly, dreaming of performing in New York City herself someday.

As she got older, Alexander improved in academics and excelled in music, earning all-state chorus honors as a high school freshman. Outside of school, she took on private vocal lessons from a Juilliard School of Music graduate who had just happened to settle in Lowville.

During their high school years, all six children were required to maintain summer jobs. But at the close of one semester, Alexander’s father broke tradition with a unique offer: Instead of working, enter the Ms. Lewis County Pageant and dedicate your best full-time effort to winning it. The local Lions Club desperately needed a contestant.

“I said ‘Dad, you’ve got to be kidding me,’” Alexander recalled. “I mean I was a country kid who wore flannel and boots. I thought, there’s no way they’re gonna pick me.”

But indeed, Alexander, who wore a gown and sang a song, was picked over the 19 other young women who entered the competition.

The Lions Clubs throughout the area were so impressed that they pledged to cover her trek to the state pageant. Alexander also began college at that time, majoring in music at the University of Hartford’s Hartt School of Music.

To prepare for the state pageant, Alexander cut off three feet of hair, learned how to properly apply makeup, practiced walking in high heels and concentrated on improving the way she spoke. She also studied up on American history, international affairs and literature.

“I was still a country girl,” she said. “It was a lot of preparation. Most of the girls coming in were from cities, but I was more comfortable with animals. The other kids coming in had more money, more etiquette.”

Alexander played the role of a pageant contestant to a degree, but refused to change her laid-back personality, maintaining that it was not in God’s plan for her to change the person she was.

She wore boots and jeans during the rehearsals and always felt like she was watching the event up close but not really in it. Some of the contestants, she said, were ultra-competitive, vain and conniving.

Given the intensity of the competition, Alexander doubted that she had enough spirit to impress the judges beyond the talent portion of the contest, where she also sang. And yet to her surprise, Alexander was crowned Miss New York of 1981.

“I guess they did like my personality,” she said. “I guess being myself paid off.”

To the next level

So Alexander was even more laid back when she prepared for the Miss America pageant the following year in 1982. She wanted to enjoy this, not be stressed out over it, and never really saw it as a competition. She was also pleasantly surprised with the demeanor of the other contestants. Contrary to the Miss New York pageant, all of the Miss America contestants seemed sincerely kind and unselfish.

“It was not cutthroat and we became friends,” she said. “The media couldn’t believe it, but that’s how it really was.”

Alexander was not relying on the Miss America Pageant for future opportunities, but it was still a lot to juggle. By then, she had put college on hold to perform with the New York City Opera and make some money in modeling on the side.

After the competition, Alexander returned to the arts, accepting a full-time position with the Montreal Opera. While she loved singing, she never adjusted to the lifestyle of a performer. She began to rethink her career choice.

“The partying, it wasn’t for me. I don’t drink, I don’t smoke,” she said. “It just wasn’t for me. The money wasn’t important to me. I said, ‘I’m not supposed to be here.’ I just wanted to be a hometown girl.”

So Alexander returned to Central New York and enrolled in the education program at SUNY Cortland, where she studied to become a teacher in grades kindergarten through six, earning bachelor’s and master’s degrees. She got married, had two daughters (Rox and Alexandra), endured a stormy marriage and got divorced, raising both kids as a single mother while working full time.

As a parent, Alexander did not push her daughters into beauty or talent pageants, and they never expressed an interest in them anyhow. These types of competitions are unhealthy for young girls and should never be taken too seriously, she said.

“They don’t develop the whole person,” Alexander said. “You run the risk of low self esteem and eating disorders. Sports can have the same problem if you let it get out of hand. If they want to try it [pageants] when they are older teenagers, I guess that’s OK, but let them be kids. I told my kids to find their own path.”

And they did just that: Alexandra is studying economics at Monroe Community College in Rochester and raising her 18-month-old daughter, Claire. Rox chose music and plays trumpet in the Camp Smith 42nd Infantry Division Band in Cortlandt Manor, an Army National Guard installment downstate.

For a woman who has always had a hard time sitting still, talks at a rapid pace, becomes fixated on certain topics and prefers to communicate with music at times, an elementary school classroom was the perfect fit. Now in her 26th year at the K.C. Heffernan Elementary School in Marcellus, mostly as a fourth-grade teacher and in more recent years as a kindergarten teacher, Alexander has found a way to make school as fun as it is educational.

Gary Bissailon, the school’s principal, said Alexander’s passion for teaching is unprecedented. Even though her tenure is solid and she’s way past the point of having to prove her commitment level, Alexander still arrives at school much earlier than she is required to and leaves well into the evening, the principal explained.

“That’s a level of preparation you don’t always see,” he said. “She has a passion for what’s good for the kids. She’s very concerned — always — about being the best she can be. Parents request her to go up to the next level with their kids for the next school year.”

Alexander sends daily email summarizing the school day to all the parents, and often attached videos of their activities. On any given day, Alexander has her students speaking French or using sign language. For the character education lesson, the students brought items to food pantries and placed the paper kindness hearts that they made in class on several windshield wipers, said Deb Glisson, district director of staff development and training.

“You’re talking about a top-notch teacher,” Glisson said. “She talks to them like little adults in a very positive way, and they respect her and want to please her. They are little sponges and they absorb it all.”

Former Miss New York is now a vegan, has no TV at home and makes her own almond milk

Outside of teaching and spending time with her daughters and granddaughter, Alexander enjoys exercising and promoting a healthy lifestyle through her “FountainOfYouth” Web page (www.fountainofyouthtv.org/). She collects her drinking water once a week from a natural spring and makes her own almond milk. She hasn’t had a television in her house since her daughters were in middle school. She also doesn’t have a microwave oven. She became a vegetarian after her father died of prostate cancer.

“When I was doing the pageants, I would get acid reflux and migraines,” she said. “I don’t have those problems anymore. We aren’t meant to eat that stuff. I feel like I’m 16 again.”

Her exercise regimen includes the use of free weights and her Bowflex machine for up to 90 minutes a day. She’s been involved in strength training since she was 12.

Alexander explained that she incorporates her love of physical fitness into teaching. She wants to combat the obesity epidemic and teach the kids to find the world around them more interesting than what they can find on a television, smart phone or video game console. In some way or another, the students are always moving during class. Her method of teaching is based on the whole body. Using your own moving arms, legs, fingers, toes and torso goes a long way in learning math, just as sign language is a colorful and active way to learn communication skills.

“I developed this because of my inability to learn how most children learn,” she said. “It’s amazing to see all students, no matter what their ability, succeeding in school using these methods. And it’s so much fun! Life is too short; make the most of what we do each day.”

Alexander said she still loves teaching and plans to reach the 30-year mark, if not longer. After that, maybe she’ll dedicate more time to her website. And she is only half joking when she talks of appearing in the Sports Illustrated swimsuit issue if such an offer were made to “older” models.

“Age is just a number. Embrace it,” she says. “I want to be better than the year before. Let’s just get out there and live!”