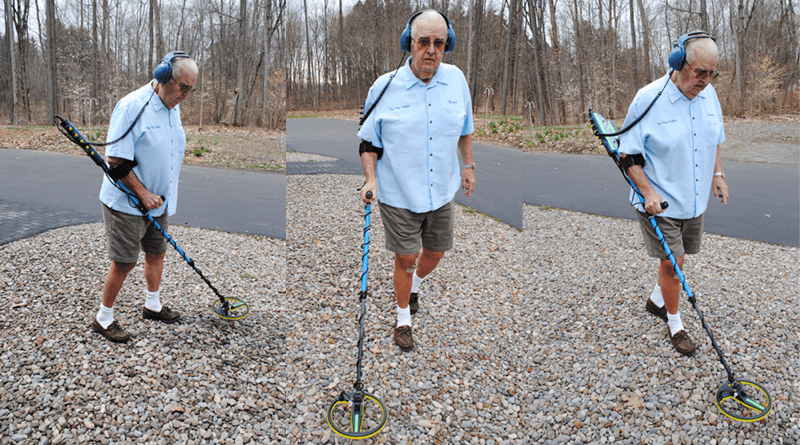 You’ve lost your ring, or perhaps it’s a piece of jewelry that’s been in your family for years.  You’ve looked high and low, but have had no luck.

You figured it’s gone for good.

But don’t despair just yet. There may be someone who can help you find that treasure.

H. Connell Raate is a Syracuse-area representative of The Ring Finders, a worldwide organization of independent metal detecting specialists. The group’s website — theringfinders.com — claims its detectors have found more than 5,000 items, valued at approximately $7.5 million.

The website can also link you to Raate’s page.

Based in Clay, Raate has been finding rings, car keys, jewelry and anything metal for years, even items found under piles of snow, mounds of sand, inches of dirt or in the water.

Should someone lose an item in a public place, he strongly suggests that they notify him as soon as possible so he can get to the site before someone else finds it. If the item is lost on private property, there is not the same sense of urgency.

The 77-year-old started metal detecting as a hobby when he was 55. About five years ago, the retired truck driver was invited to join The Ring Finders, and is now turning his pastime into more of a business venture.

There’s a $50 “turnout” fee to help cover his travel expenses to and from the search site, but any finder’s fee he might receive is entirely up to the person who hired him and is set at whatever value they put on the found item, he said.

He’s received $200 once, and sometimes, his clients pay him with a hug and the look of pure joy when their treasure has been located, he said.

It’s just wonderful, he said, when you bring a ring to someone that lost it, and thought it was lost forever, and they break into tears.

“All rings are memories,” he said. “That’s why there’s no set charge. Whatever you think it’s worth.”

While he admitted that he doesn’t find every item he’s asked to look for, he estimated on his website that he has about a 90 percent success rate. His website also has testimonials from people that Raate has helped.

Often, he goes out metal detecting, even though he hasn’t been contacted about any specific item, for the enjoyment of finding pieces and of being outdoors.

From those finds, he has display boxes of unclaimed items, all tagged with where they’ve been found should an owner contact him.

In some instances, these items might have some identifying characteristics that can help him track down the owner or the owner’s family.

“Every ring has a story, and the story must continue,” he said.

One such story he shared, he prefaced by saying, “there are angels among us.”

He had decided to comb Sylvan Beach one spring afternoon, but after a short time, the windy weather and cold, choppy water forced him to retreat. On his way home, he decided to stop at Williams Beach in Cicero.

The location of the beach in a cove area of Oneida Lake makes it more protected from the elements.

While hunting in that area, he said, up came a ring marked with a “V” on it, the word “Syracuse” across it, and the graduation year of 1946.

From its size, he determined it was a woman’s class ring. Inside were the initials “B.B.” He knew it had to be a class ring from a school in Syracuse that began with V. He was hoping to reunite the ring with its owner.

After some searching on his own without any luck, he called his contact at the local history/genealogy division of the Onondaga County Library, told her the story and emailed her a picture of the ring.

The diligent librarian turned up with a wealth of information. She was able to identify the school as Onondaga Valley Academy, and the woman as Barbara Bronner, who had later married a man named Ziegler.

She also found Barbara’s obituary, and saw several children, including a son named David Ziegler in Colorado, had survived her.

She had even been able to obtain the son’s telephone number.

Raate took it from there. He called the son and told him the story. Ziegler was a little skeptical, and in a telephone interview, he admitted that, at first, he thought that the call was part of a scam.

He told Raate that his mother never had such a ring.  Raate explained that Barbara had probably lost it long before she married and had a family, so her children would not have known about the ring.

But after several more minutes of conversation, Raate was able to convince Ziegler that the ring belonged to his mother.

Raate sent him the ring. Several weeks went by, and one day, as Raate recounted the story, Ziegler called him.

He said that his niece, Erin, had recently announced to her family that she was engaged and would be getting married the following January. Erin had always had a special relationship with her grandmother, according to Ziegler.

During their chat, Raate realized that the day the girl had told the family of her upcoming wedding was the same day that Raate had found the ring.  Raate believed that Barbara had guided him to Williams Beach that afternoon to find that ring for her granddaughter.

Half a century later

Another class ring story with a happy ending:

One woman was able to wear her class ring to her 50th high school class reunion, after it had been lost for 49 years.

As Raate told the story, it was shortly after getting her class ring in 1966 that this woman was sunbathing in her back yard.

She had taken off the ring and put it on the towel she was lying on. A couple of hours later, as she was preparing to go inside, she shook out the towel and went into the house. Later, she realized she had put her ring on that towel. She frantically looked for it for about a week, but had never been able to locate it.

Fast forward to 2015, and the family was preparing to sell the house. But the woman still recalled the lost ring and wanted to find it before the property was sold, so she called Raate.

He was able to find it about 60 feet from where she said she had been tanning that day and about 14 inches below the surface.

When the woman went to her reunion, she reported back to Raate that she was only one of two people who wore their rings that night, and that hers looked brand new. “Sure,” he said with a chuckle, “she’d put in storage for 49 years.”

But there’s one ring among those that he has located that he is convinced has a story, and would love to find out what it is.

It’s another find from Cicero — an Army Air Corps ring, which comes from the World War II era, before the corps became the U.S. Air Force, Raate said.

He would love to find either the owner or the owner’s family so he might present them with this treasure. Raate is convinced there’s a story there.

It’s the stories of reuniting the rings or other finds with their owners, the joyful looks on their faces and finding those family heirlooms that keep him on the hunt.