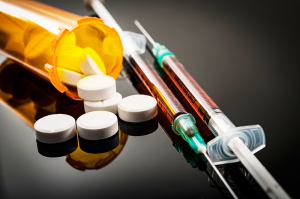 We as a nation have lost the war on illicit drugs. Our government has failed in its primary responsibility to defend us from this criminal activity within and outside our borders.

The highest form of criminal activity are the drug dealers who prey on the weak and seem to have a free hand in most of the cities in our country. Now, in the 21st century, we have added failure from within — big Pharma is largely responsible for the opioid crisis that cripples the nation.

Chicago, the third largest city in the country, is completely non-functional as far as law and order is concerned. The governor of Illinois and Chicago’s mayor appear to be out to lunch, as well as the police force — all standing by while hordes of gangsters take over the streets.

Quoting from a recent Wall Street Journal article, “An estimated 3,000 young men in the Windy City are at especially high risk of becoming perpetuators or victims of violence. They are typically high-school dropouts with some sort of prison record who see their future prospects limited to gang members and street corner drug ‘entrepreneurs.’ The percentage of these gangsters ever being caught and prosecuted are in the single digit numbers.”

We spend half the year in North Palm Beach, Fla. Just south of us is the city of Rivera Beach on Route 1. We have to drive through it to get to Palm Beach — but never at night. This city is the unofficial dope dealing headquarters of South Florida. Most of the supply comes from Mexico, South America and Cuba through borders that are paper thin. Everyone knows that you can buy drugs on any street corner at any time both day and night and even though the streets are well patrolled by police cars due to the high crime rate, no drug dealers ever seem to be arrested – much less prosecuted. Every once in awhile an article will appear in the Palm Beach Post about “Cracking down on the drug dealers in Riviera Beach” but nothing ever seems to happen.

The recently published book ‘Dopesick’ by Beth Macy reveals the emotional devastation of opioid addiction, which is staggering.  She describes the “perfect storm” that fueled the epidemic: “the collapse of work followed by the rise in disability followed by the flood of painkillers pushed by the rapacious pharmaceutical companies.

Macy devotes a large segment of her book to the role of pharmaceutical companies, especially Purdue Pharma, the maker of OxyContin, which aggressively market the addictive medications. She also blames doctors, who liberally, even carelessly, prescribe them. She notes the high rates of people on federal disability. For a low co-pay they can use their Medicaid cards to buy physician-prescribed narcotic pain relievers thereby sustaining their addictions or becoming drug dealers themselves.

We have experienced the pitiful destruction of a grandchild — first from illegal drug dealers and later from a legal doctor’s prescription of OxyContin. Our grandson is 35 years old and his doctors have told him that he may have only about six years to live. His once hearty smile is missing because most of his teeth are missing — eaten away by methamphetamine— a deadly byproduct of the drugs that are killing him. He doesn’t have much of a life, spending most of his time laying around watching TV and playing games on his computer.

We have offered our help many times but it’s too late. The deadly narcotics have taken over his body and his brain.

There are no easy answers to the opioid crisis. Until our government fills the jails with dope dealers and closes our borders to the import of illicit drugs, and if the Feds crack down on Big Pharma the problem won’t be solved. As this article goes to press, President Trump called on his Attorney General to sue opioid makers, the latest move by his administration to combat the highly addictive painkillers linked to tens of thousands of U.S. deaths a year. And last but not least — when parents take the responsibility of supervising their children’s activities beyond the schoolyard and at all times. Only then will our country beat back the greatest threat to our society and our culture.