Some pointers on how to accomplish it 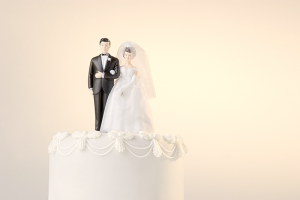 In America today, 45 percent of marriages end in divorce, another 10 percent of couples separate but do not divorce, and less than 15 percent enjoy a life-long romantic marriage.

It is no secret that the quality of marriage is in decline and the average marriage today is weaker than in days of yore.

Naturally, in these enlightened times, psychologists and psychiatrists are searching for answers but most of this syndrome is the result of the times in which we live. Women have been emancipated for many years and are no longer content to be just housewives. On the other hand, most men have been freed from the monotonous 9-to-5 and home for the evening routine. Consequently, one-on-one time between husband and wife has declined and thus their relationships have suffered. Modern-day husbands and wives are often like ships passing in the night.

In my generation, religion and the church played a major role in the social fabric of our country. Also, parents played a strong role in guiding their children toward the selection of a mate. Marrying out of one’s faith was frowned upon and banned outright in some religions. Propriety dictated that a man ask his girlfriend’s father for her hand in marriage, and in some faiths pre-arranged marriages still exist today.

I met Janet at a Catholic sorority dance and after five years of courtship, we took our marriage vows standing before the pastor of our church. Our vows were considered a moral contract “until death do us part.”

This is no longer the norm.

Americans wanted to marry a person they were passionately in love with. Their logic was that you needed a few years of abiding love to fuse together so that you would stay together when times got tough. All marriages are bound to have rough patches.

Psychiatrists give some guidelines for the selection of a mate:

• You should marry someone who scores high in agreeableness, someone who has a high concern for social harmony and someone who is empathetic.

• Avoid a person who is neurotic, emotionally unstable or prone to anger.

• If the love of your life is subject to “highs and lows,” chances are they are bi-polar and prone to depression.

• Only marry someone whose moral values coincide with yours, particularly where religion is concerned.

• It is very helpful to marry someone who likes to do the same things you do. Janet and I love the water, travel, and mingling with family and friends.

I used to think computer dating was a poor way to select a mate, but now that two granddaughters have successfully selected and married good people that they communicated with on the Internet, my mind has changed. Again, the world is a different place. Seldom today do people meet the love of their life at a church social, or residing in the same neighborhood. Now the computer allows people to communicate their resumes and send pictures to prospective partners.

Today, people marry for different reasons than in the past. Some up-and-coming men want “trophy” wives to augment their careers. Some widows or widowers marry again for companionship, and some people merely want someone to take care of them.

In the final analysis, love has not gone out of fashion, nor has the natural need to procreate diminished. Our modern world has made it more difficult to “live happily ever after.” But among those who have a loving personality, character, and the right family values, nothing in the world takes the place of true love and creating another human being in our image.