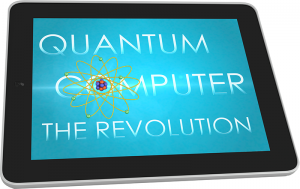 My column about artificial intelligence in the June-July issue of 55 Plus explained how advanced computer technology will allow computers to read, analyze and understand data like our minds do. Now, hot on the heels of this development, comes news of the next revolution in computer technology — quantum computing.

The strange laws of quantum mechanics have been known and understood for some time. Scientists have proven that atoms can exist in two states at once, a phenomenon called superposition. A single atom, for example, can be in two locations at the same time. Scientists have proved the theory repeatedly and conclusively and this law is behind the next revolution in computing.

The computers that run your laptop or iPhone are now described as “classic.” They process information using bits, which have a value of one or zero. Bits are represented by tiny electrical circuits called transistors that toggle between on (one) and off (two).

Every finger tap on your iPhone is simply a long sequence of ones and zeros. Quantum bits (or qubits) use superposition to exist in two states at once — effectively one and zero at the same time. In a classic computer, bits are like coins that display heads or tails. Qubits, on the other hand, are like coins spinning through the air showing both sides at once.

This dynamism allows qubits to encode and process data exponentially faster than bits. It is like comparing an adding machine to today’s supercomputers.

The computing power of a classic computer data center stretching several city blocks could theoretically be achieved by a quantum chip the size of the period at the end of this sentence.

Companies and universities around the world are racing to build quantum machines. Google, a unit of Alphabet Incorporated, appears to be in the lead. Early this year Google’s Quantum Computer will face its acid test in the form of an obscure computational problem that would take a classic computer billions of years to complete. Success would establish “quantum supremacy,” the tipping point where a quantum computer accomplishes something previously impossible. The result of this tipping point would be to render most classic mainframe computers obsolete.

Companies and governments are scrambling to prepare for what some refer to as Y2Q — the year a large scale quantum computer arrives — some experts estimate 2026. When and if this happens, many challenges may occur. Many closely guarded digital secrets could be compromised. Last year the National Security Agency issued an order that America’s national security employees and vendors must, “in the not-to-distant-future,” begin overhauling their encryption to guard against the threat imposed by quantum computers.

Meanwhile, the commercial race heated up earlier this year when IBM unveiled a chip with 16 qubits and Google’s head of quantum hardware let slip that they had a 22 qubit chip sitting frozen inside elaborate vats called cryostats. Because particles lose superposition with the slightest interference, quantum computers must be radically insulated from the outside world. The cryostat’s exterior (a soft magnetic alloy that blocks the earth’s magnetic field) is augmented by compressed helium and liquid nitrogen pumped from an adjacent frost-covered tank, and must cool the inside of the cryostat to minus 459.6 degrees F. (a fraction of a degree above the lowest temperature possible) to enable the conductivity necessary for Google’s qubits to run computations. Such an expensive and complex setup means that Google and its peers will likely sell quantum computing via the cloud, possibly charging by the second.

For now Google, as well as Microsoft, Intel and most other computer machine manufacturers are working 24/7 to market the first quantum computer and enter into the frontier of technology where computers leverage unthinkably complex natural laws rather than converting the world into ones and zeros.